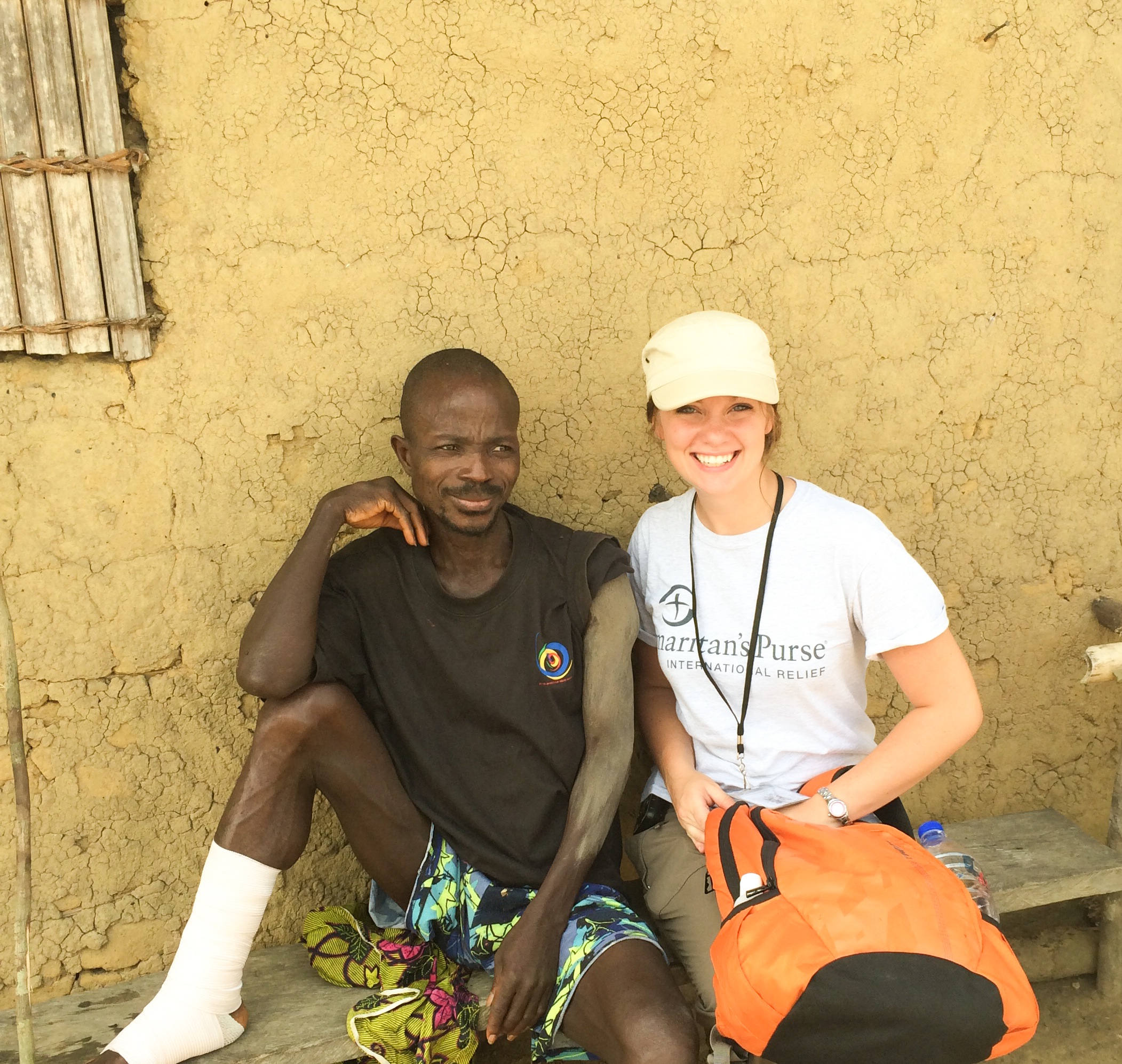 During the spring of 2014, news reports of Ebola cases in West Africa caught the attention of Judith Hoover, a 2009 Kent State Tuscarawas nursing graduate. After hearing the reports, she knew she had to join the fight against Ebola.

“As a medical professional, it was my moral obligation to help out,” says Hoover. “With hundreds and then thousands of people dying from Ebola, I felt that we here in the West had to do better with our response. If we did not go and join in the fight in West Africa, it would eventually come to us.”

With that commitment, Hoover joined Samaritan’s Purse, an evangelical Christian humanitarian organization, as a nurse and a county coordinator in Liberia. Before she was deployed, Hoover received training from the CDC that included classroom teaching, a mock Ebola treatment unit and practice scenarios. “Wearing personal protective equipment in the 80 degree Alabama heat was a good chance for us to see if we would be able to handle wearing it in the 90-100 degree heat of Liberia,” adds Hoover.

She worked in Liberia from October 2014 through January 2015. “I helped out with Ebola education and distribution of infection protection and prevention (IPC) kits to numerous small rural villages in the jungle,” explains Hoover. “Many of these villages could not be reached by road, but had lots of foot traffic moving from one area to another. So, after driving for hours over rough roads and bouncing through three-foot-deep ruts in the road filled with mud, maneuvering log bridges and passing large snakes, the team would then have to get out and start hiking. We would trek through the jungle, through mini bamboo forests and try our balancing skills while crossing large areas of swamp, balancing on skinny, slippery bamboo poles that were zigzagged over the swamp.”

Once they arrived in a village, her team met with village leaders and any health care workers on site to map out the village, teach Ebola awareness and distribute IPC kits.

Hoover thought the best moments occurred when she got to see Ebola survivors return to their villages and families. “Seeing patients in the Ebola treatment units was always hard but going back into the villages and seeing the orphans and family members of those who lost the fight, and seeing the look in their eyes, is a memory that is seared into my memory,” she says. “Many of the villages had empty huts, some which had once been occupied by people who had since died from Ebola and lots more from people who fled the village, trying to run from Ebola.”

Hoover is now back in Ohio working as a nurse manager at PSC of Stark County, where she continues to help other people.