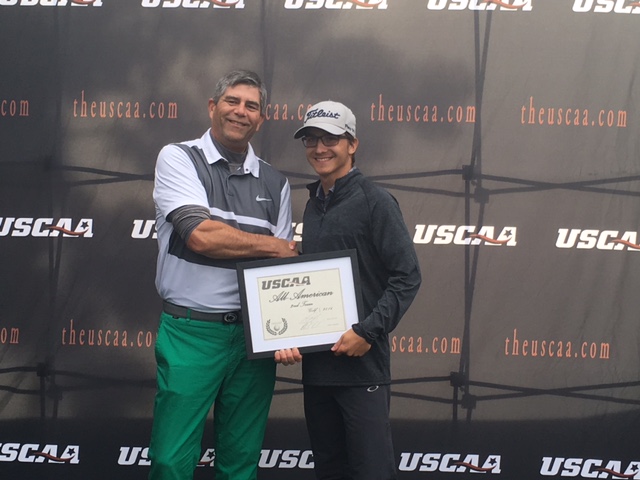 The golf team finished 9th or 17 teams invited to the USCAA National Championship in State College, PA with a two-day team total of 336/332/668!  Freshman Alex Wright, Dennison, Ohio / Claymont HS led the Golden Eagles with rounds of 75/81/156 to earn a T11th and Second Team All-American honors.  The Golden Eagles competed for their first time-ever on a national stage in the two-day event.

In the photo to the left,  Alex Wright (r) is shown with Steve Eskey (r), Assistant Golf Professional, Penn State Golf Courses and Tournament Official for the USCAA. 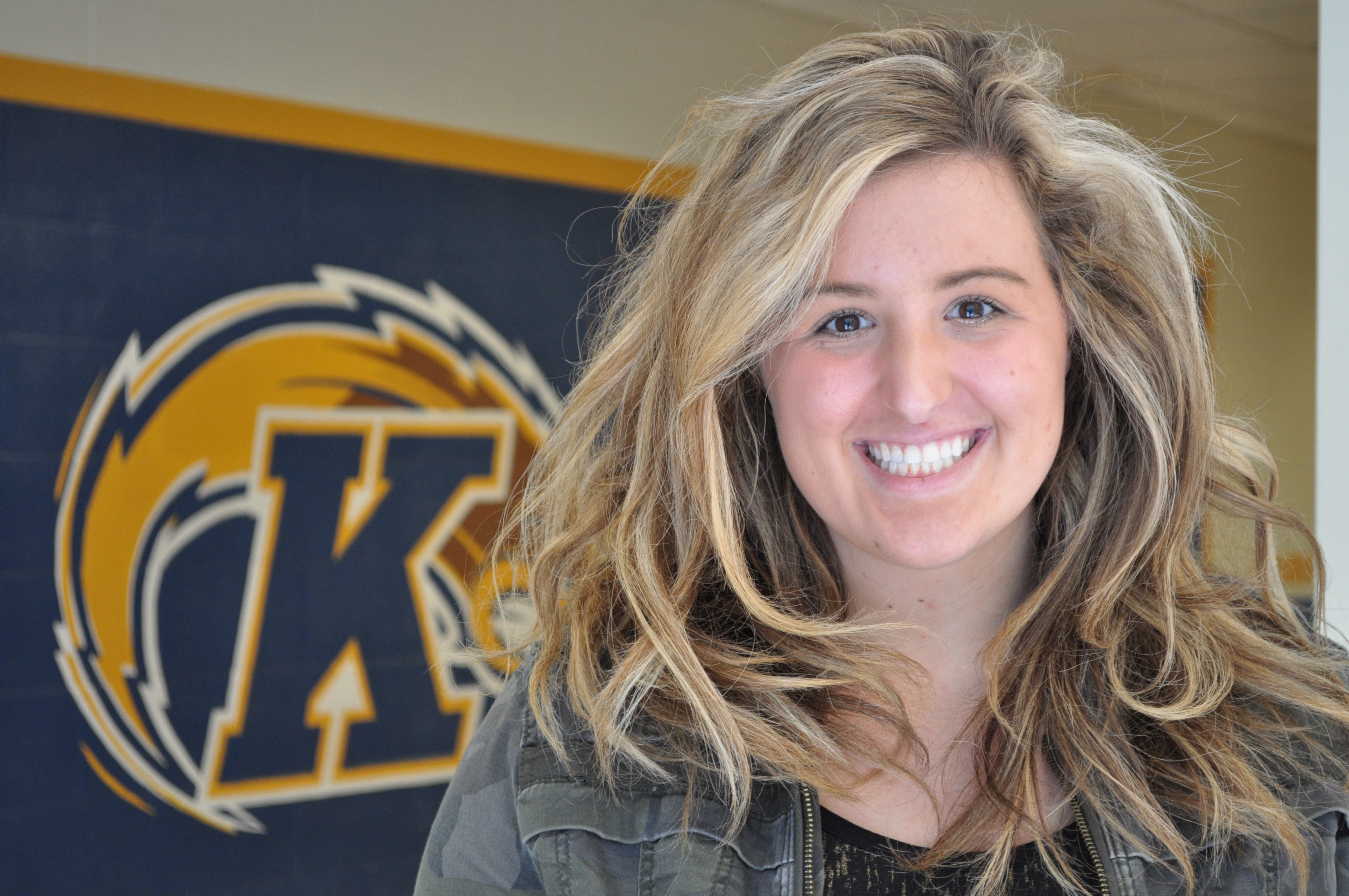 second week of October. The outside hitter from Strasburg, Ohio / Dover HS, had 26 kills in a single game against Penn State Beaver and 51 total kills against Beaver and Ohio State – Mansfield. On the defensive side she added 18 digs for her team and 13 blocks, 10 solo and 3 assisted and 6 service aces. She currently ranks first in the country in hitting percentage, eighth in kills per set, second in solo blocks and third in points per set. 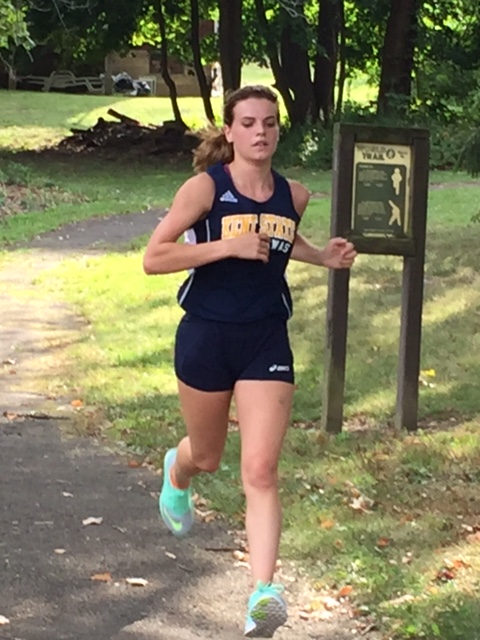 An outstanding runner for the Kent State Tuscarawas Cross Country team, Katelynn Dillon broke the 6K course record at Penn State Mont Alto with a time of 26:02 on Sept. 24. Taking first place in the meet, her time was 1:02 minutes ahead of the next finisher. Her other wins include placing second with a time of 22:59.62 at the Sept. 2 cross country meet at Alfred State in Buffalo NY, and on Sept. 17 she won first place with a time of 21:27 at the Penn State Greater Allegheny invitational.

Dillon, who is a resident of Dennison, is a freshman at Kent State Tuscarawas. The campus is a member of the United States Collegiate Athletic Association (USCAA).

Mark Albaugh coaches the men’s and women’s cross country teams at Kent State Tuscarawas.  Prior to coaching at the campus, he coached cross country and track at Claymont High School, where he first coached Dillon.