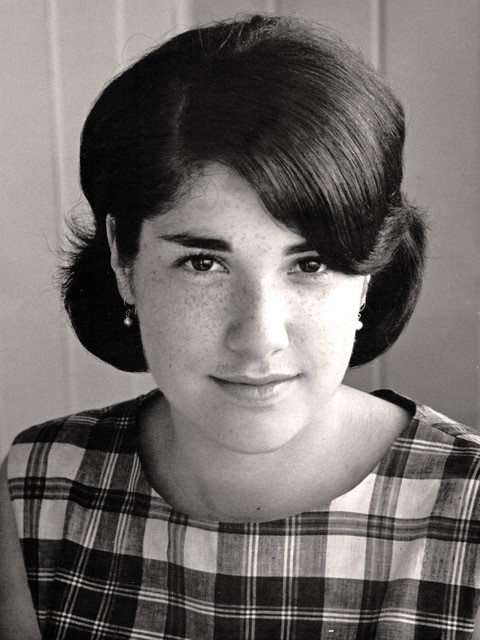 On Feb. 12, the center will open its newest exhibition, a special tribute to the life of Ms. Scheuer. The exhibition, titled “Sandy’s Scrapbook,” is based on the actual scrapbook that Ms. Scheuer kept while at Kent State and will feature items and memories provided by her family and her sister, Audrey.

“In researching the exhibit, we found several of Sandy’s personal scrapbooks,” Farmer said. “They were full of candid photos, letters from friends, concert tickets and mementos from major life events. We soon realized that the best way to honor Sandy was to let her curate her own life. The colors, flowers and many of the images come directly from the scrapbook she kept while here at Kent State. And, as much as possible, we have left her original labels.”

“Too often, Sandy, Bill, Allison and Jeff are only known for their tragic deaths,” Farmer said. “We want to show that they lived interesting and full lives. And, in many ways, their stories represent the divides of the era. Allison and Jeff were activists. Bill was a member of the ROTC, struggling with the meaning of the Vietnam War. Sandy was an honors student trying to get to class. They were all siblings, children of loving parents and students of Kent State University. They were people with enormous potential, taken way too soon. That is what we hope to convey.”

This photo of Sandy Scheuer, provided by her sister, will be featured in “Sandy’s Scrapbook,” a new exhibition at Kent State University’s May 4 Visitors Center. Ms. Scheuer was one of the four Kent State students shot and killed by Ohio National Guardsmen on May 4, 1970. (Photo provided by Audrey Scheuer)

“Sandy’s Scrapbook,” a new exhibition at Kent State University’s May 4 Visitors Center, pays tribute to the life of Sandy Scheuer.