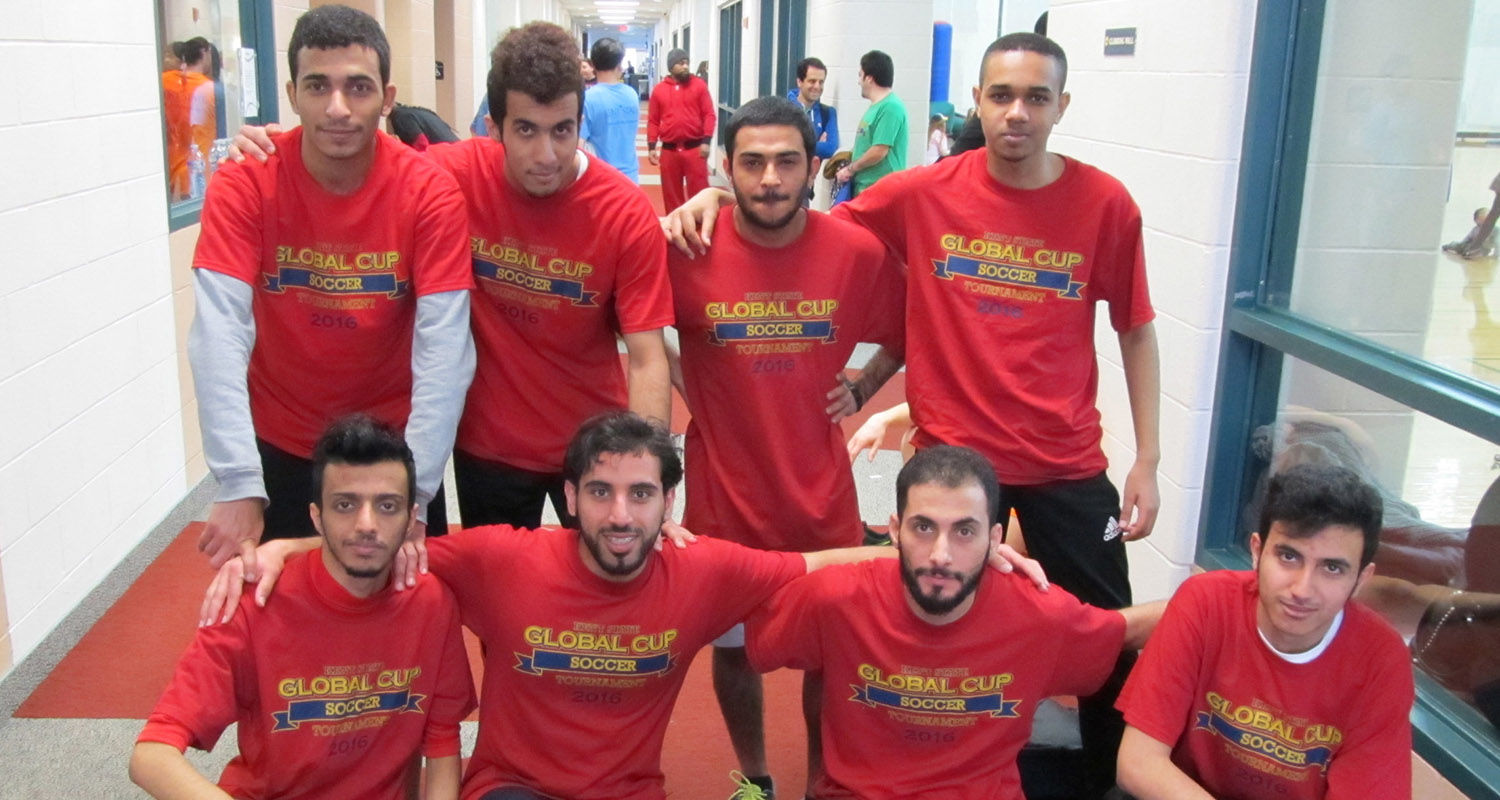 Kent State University's Student Recreation and Wellness Center was the site for an epic struggle between nations and continents on April 9 as 11 international teams gathered to vie for the 2016 Kent State Global Cup in soccer. After a close-fought first half which ended with the two teams tied 2-2, Team Oman pulled away from Team Saudi Arabia in the second half with four unanswered goals to win the 2016 Global Cup Championship 6-2 in decisive fashion. Throughout the tournament, Team Oman demonstrated a grit and tenacity that allowed it to capture the 2016 Global Cup title despite numerous challenges.

The team’s adversity began immediately when it dropped its first-round match to Team Africa – the eventual Bronze Medal winners – 4-3. However, because an odd number of teams – 11 – were competing in the tournament, two teams – Oman and Iran – with losses in the opening round were able to move to the quarterfinal round thanks to their point totals. From a blind draw, Brazil also was able to receive a first-round bye to maintain a proper number of competing teams. 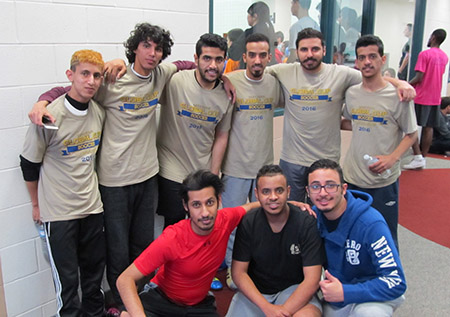 After dispatching a determined Team Asia in the quarterfinal round 4-1, Team Oman drew a rematch in the semifinal round with a confident Team Africa – the team that had earlier edged past them in the first round. Team Africa was coming off a close match with Team Iran in the quarterfinals and looking forward to advancing to the championship round. The two teams put on an epic battle as the lead switched back and forth throughout the match. Demonstrating the skill and determination of both teams, the match ended in a 2-2 tie thanks to a late score by Team Africa. And a penalty kick elimination round became necessary to determine the winner. Each team lined up for four penalty kicks, and once again, Team Oman grabbed victory from defeat by scoring 3 kicks to Team Africa’s 2.

Meanwhile, Team Saudi Arabia was looking like the team to beat as it breezed through the early rounds by handily defeating Team North America 8-1 in the first round and Team India 6-0 in the quarterfinals. But the team then ran into a talented and determined Team Brazil in the semifinal round. Like the other semifinal match, members of both teams locked themselves in a furious contest as the lead swayed back and forth. When the final buzzer sounded, the teams had battled to a 2-2 tie and penalty kicks were again needed to determine the outcome of a semifinal match. Team Saudi Arabia prevailed, however, by scoring 3 penalty kicks to Brazil’s 1.

Now the two teams, Saudi Arabia and Oman began the final contest. Both teams boasted talented, active players, and the play seesawed from one end of the field to the other with neither team able to sustain decisive momentum. After the first period ended in a 2-2 tie, play resumed following a short break for the decisive second period with both teams eyeing the title. Team Oman struck first with a quick goal, and then within minutes, a second. The two quick scores seemed to rattle the Saudi team. They made a number of substitutions at the goalie position, but nothing could help stem the tide. At the other end, the Omani goalie was masterful in preventing the Saudi team from scoring despite seemingly constant pressure. In quick succession, the Omani team scored two more goals, and the match was soon over. The two teams met at center court and congratulated each other on their relentless play, and then the Omani team broke into a pandemonium of celebration of their unpredictable championship. 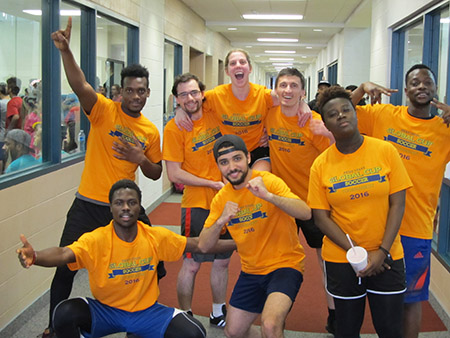 “The tournament was really great fun!” exclaims Angela Schwarz, student advisor for Kent State’s Office of Global Education, which planned and staged the event with help from the Kent International Student Mentors. “The level of play was really terrific, and all the participants competed in a very professional, respectful manner. The crowd noise during the championship match was deafening. Everybody had a great time.”

* Although Iran and Oman lost in the first round, they moved to the quarterfinal round due to their point totals. 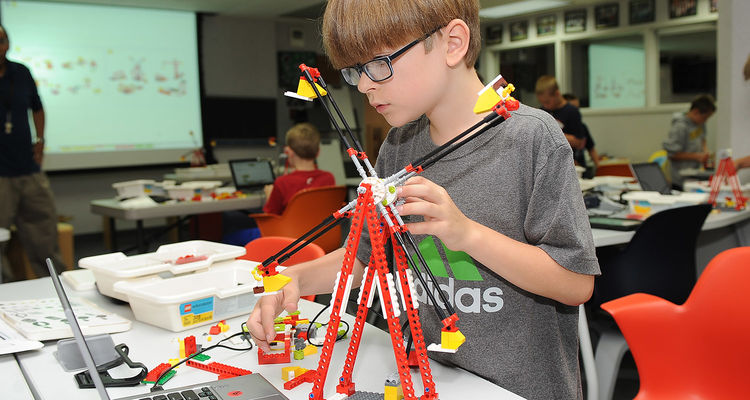 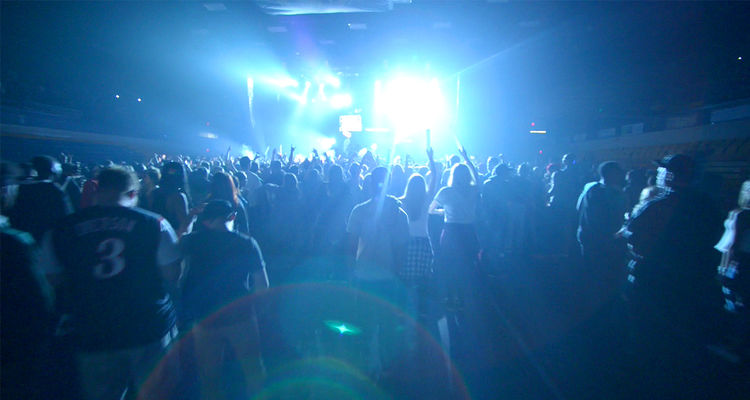 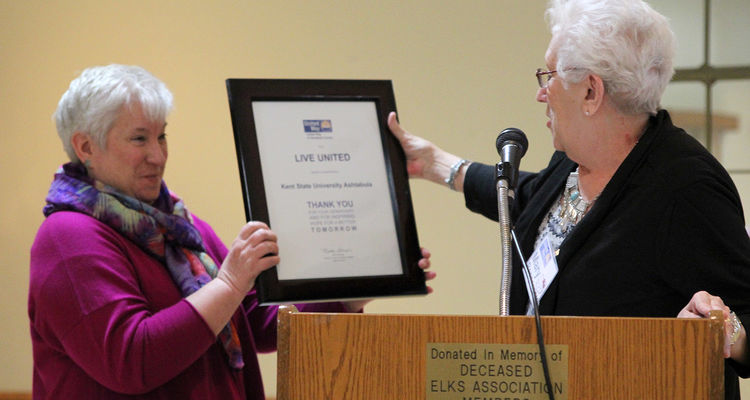 For its continued support of the organization’s cause and dedication to improving the quality of life in the region, Kent State University at...
e-Inside
Street Address
University Communications & Marketing