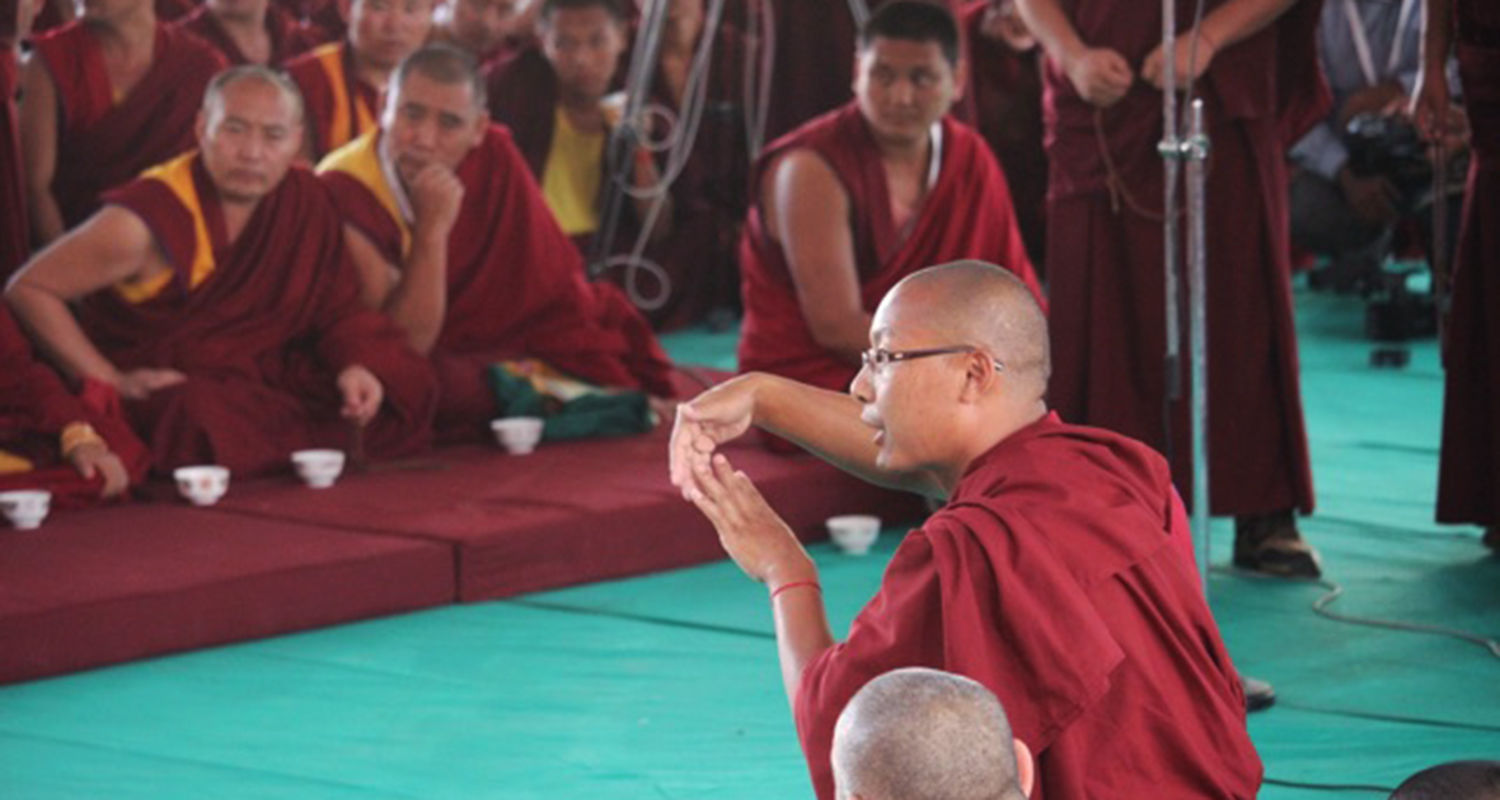 Since the time of the early Buddhist kings, Tibetan monks have practiced analytic meditation – where they memorize a Buddhist text and then attempt to deepen their understanding of this material by joining in debate pits led by a senior monk, known as the challenger.

“The challenger is sitting on a mat or cushion as he poses questions to a defender, and the defender must come up with a logical and coherent argument to respond to the question,” says David Fresco, Ph.D., professor and director of Kent State’s Psychopathology and Emotion Regulation Laboratory (PERL) and co-director of the Kent Electrophysiological Neuroscience Laboratory (KENL).

Fresco is studying the brain waves of the monks to better understand these mental training exercises unique to Tibetan monks and nuns. 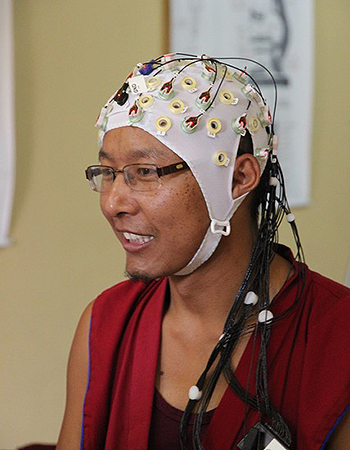 “Are they activating the same parts of their brain when they’re debating?” Fresco says. “And if they do bring their brains into this harmony or synchrony, are we seeing a more successful resolution to the debate?”

Fresco and his research team traveled to the Sera Jey Monastery in Bylakuppe, India, with funding from Science for Monks, the Sager Family Foundation and the Hershey Family Foundation, and even attended a meeting with the Dalai Lama.

They put electroencephalogram (EEG) caps on two monks per session and time-locked their brain activation patterns to see if they were bringing their brains into synchrony.

A third monk helped by providing a play-by-play account of the debate in English.

“Low and behold, there did seem to be a correspondence in the brain activation in the moments where the play-by-play monk thought there was something more harmonious, and less synchrony when the monks were more discordant with what they were saying,” Fresco says.

Fresco and his team are working to refine and better validate their assessment approach.

They are planning at least two more trips to India with the hope of taking the findings and making them relevant to American students in areas such as growing vocabulary, recalling math facts, controlling emotions and improving logical skills.

“We hope to identify the active ingredients of Tibetan debate and find ways to make them relatable to a Western student – this work may also provide ideas in helping people overcome emotional disorders, too,” Fresco says. “Taking on these questions is what inspires us to go to India and forge these truly collaborative relationships with our Tibetan counterparts. There is really something in it for all of us. The exchange of ideas has been just a rewarding as the initial findings from our study.”