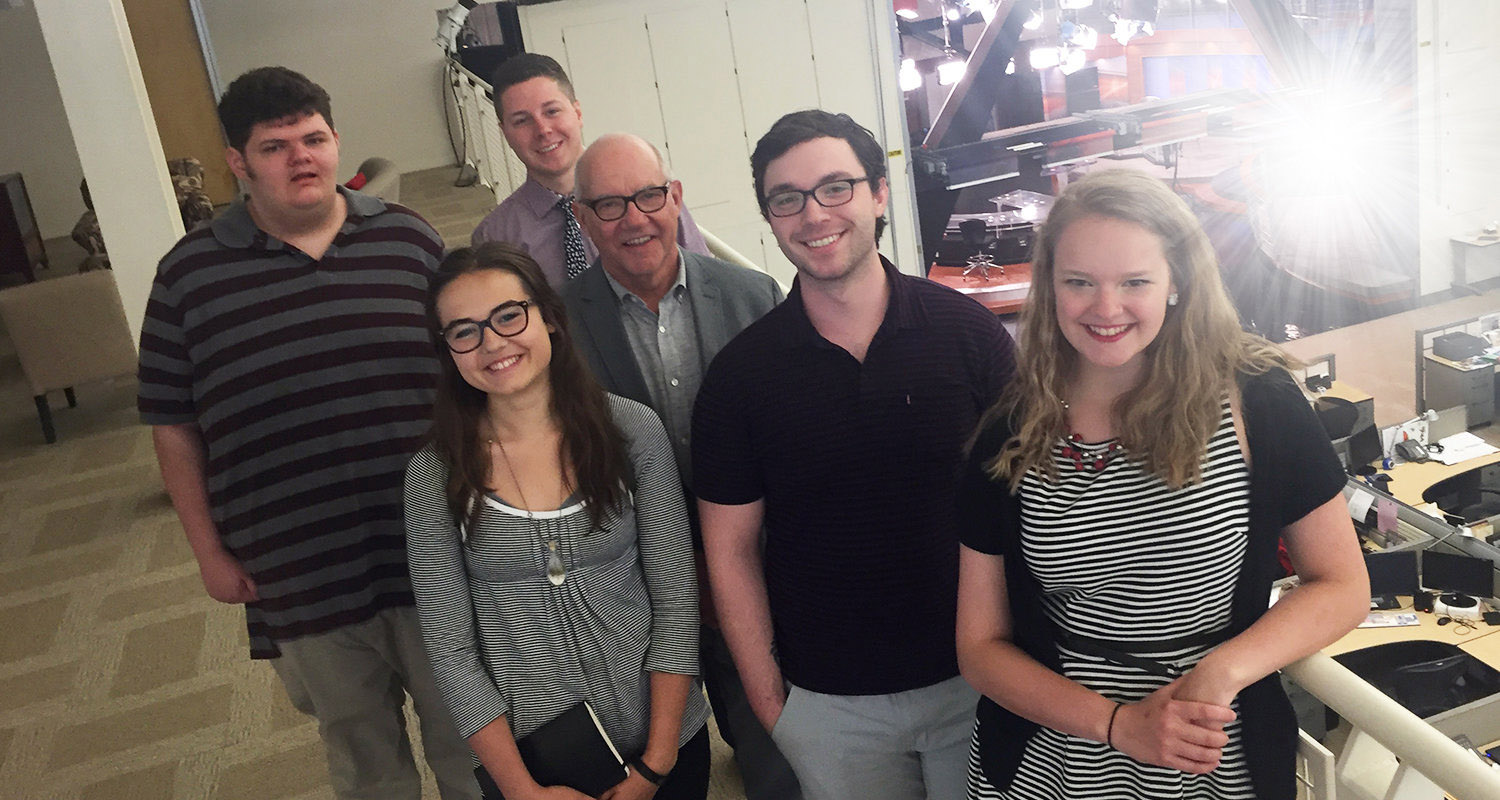 Covering the Republican and Democratic Conventions

Five Kent State University students from the School of Journalism and Mass Communication will contribute to news coverage for TEGNA, Inc. stations across the country, as Republicans and Democrats converge upon Cleveland and Philadelphia for conventions this month.

The students – Patrick Shade, ’17, Cameron Gorman, ’19, Matt Poe, ’18, Taylor Kerns, ’17, and Anna Huntsman, ’18 – will be based at WKYC Channel 3’s newsroom in downtown Cleveland for both conventions. They will assist TEGNA’s team of reporters assigned to cover the conventions with fact checking, researching and data mining.

“The stations want to go beyond superficial, day-to-day coverage of the convention and really dig into some issues,” says John Butte, coordinator of career services in Kent State’s School of Journalism and Mass Communication, who helped coordinate the partnership. “They’ll have an arsenal of our students to help with that.”

Butte, who spent a long career in television news, says the students are preparing for their assignments by familiarizing themselves with key players and issues in each of the party campaigns.

Kent State Director of Student Media Kevin Dilley says he is excited to see what students learn by taking part in national coverage of a historic election.

“This year’s political conventions will kick an already busy election season into high gear for newsrooms around the country,” Dilley says. “Our students will have a front seat to it all. I look forward to seeing what they learn and produce for the stations, and what skills they bring back to the student media newsroom.”

Kent State journalism and mass communication students will be playing a role in other newsrooms and organizations as the Republican National Convention comes to Cleveland July 18-21. Several have accepted internships focusing on convention coverage with PBS and CBS. In addition, Sarah Matthews, ’17, a public relations major, is a summer intern with the Republican National Convention’s Committee on Arrangements.