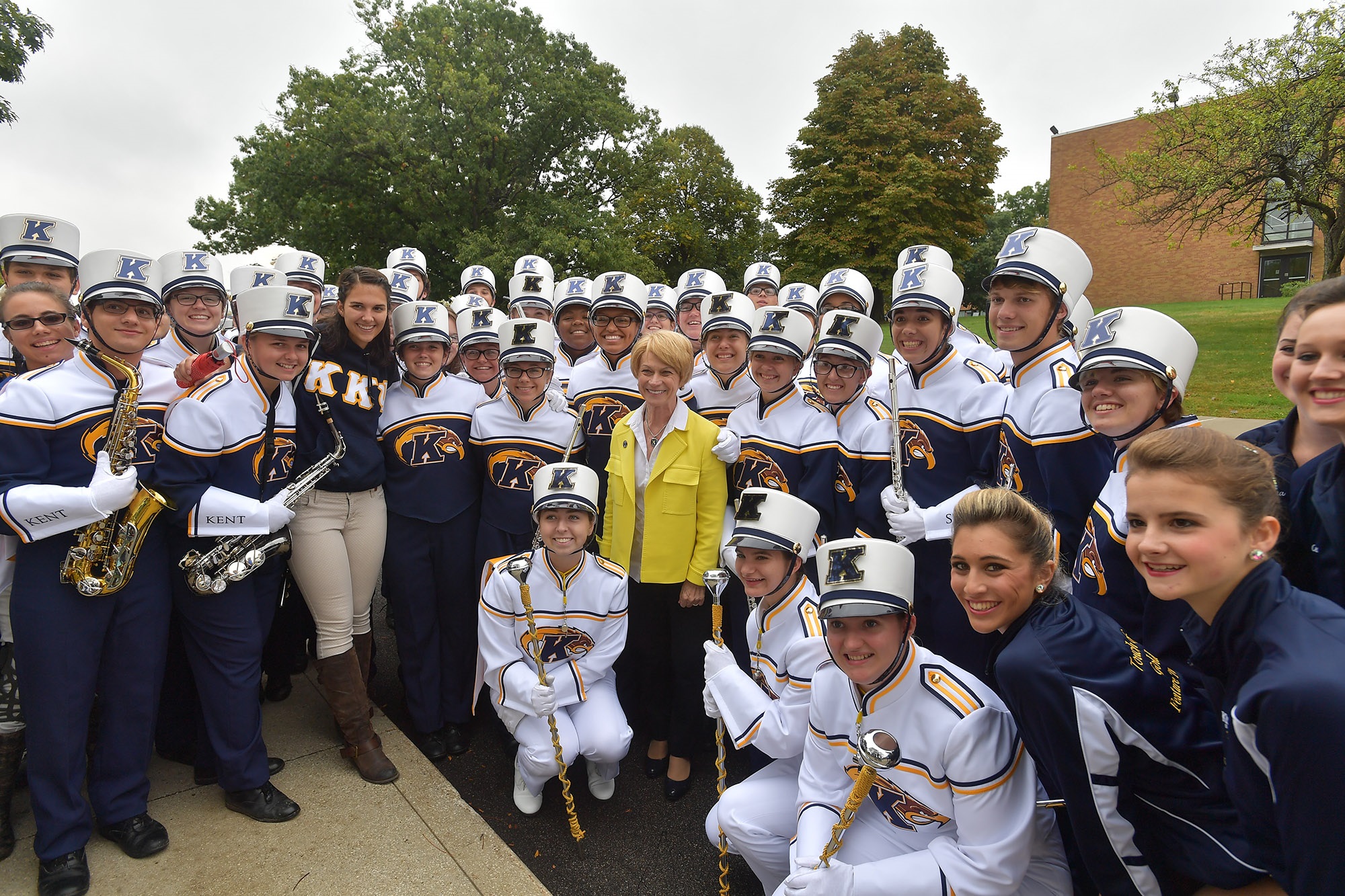 Kent State University President Beverly Warren is the recipient of the 2016 National Association of Student Personnel Administrators (NASPA) Region IV-East award for her outstanding performance as a university president. She joins an elite group of college and university presidents across the United States honored by NASPA for advancing the quality of student life on campus by supporting Student Affairs staff and programs.

In addition to receiving the regional recognition, Warren is under consideration for the national NASPA President’s Award.

“I am grateful for the sheer opportunity to work in a professional environment that has the distinct joy and responsibility of supporting and challenging students to uncover their purpose, potential and passions in life; to guide them in the weaving of their life’s dreams; and to turn those dreams into a reality that makes a positive difference in our world,” said Warren in her acceptance speech at the NASPA Region IV Awards Banquet in St. Louis, Missouri, on Nov. 15.

Since becoming Kent State’s 12th president in 2014, Warren has infused the university’s eight-campus system with a bold optimism that has inspired cultural change and a shared vision for a prosperous future. The university’s six-year plan, A Strategic Roadmap to a Distinctive Kent State, names “Students First” as the number one priority among five that are guiding the university’s planning and initiatives through the year 2021.

In meeting the criteria for special recognition, Warren excelled in many areas including exhibiting special interest in the quality of student life and involving students and staff in university decision-making on campus.

“President Warren’s student-first focus permeates her efforts to improve the quality of the student experience,” says Shay Davis Little, Ph.D., Kent State’s vice president for student affairs who co-authored the nomination with a student. “Dr. Warren launched an aggressive campaign to raise graduation and retention rates, and encourages all employees to act in ways that affirm that the success of students is everyone’s responsibility.”

Little’s nomination also highlighted the university’s formation of a unified Undergraduate Student Government across all of the Kent State campuses and the creation of a dialogue series, KENTtalks, to promote freedom of expression and civil discourse. She also made note of Warren’s collaborative decision-making style and accessibility to students via social media.

“Her daily tweets have become a ‘must-read’ for followers,” Little says.

“Take one step on any of the Kent State University campuses and immediately there is a change in the air, passion that perfumes and promise that brightens,” Graska says. “The culture here on campus reflects the leadership of President Warren.”

Learn more about the Office of The President