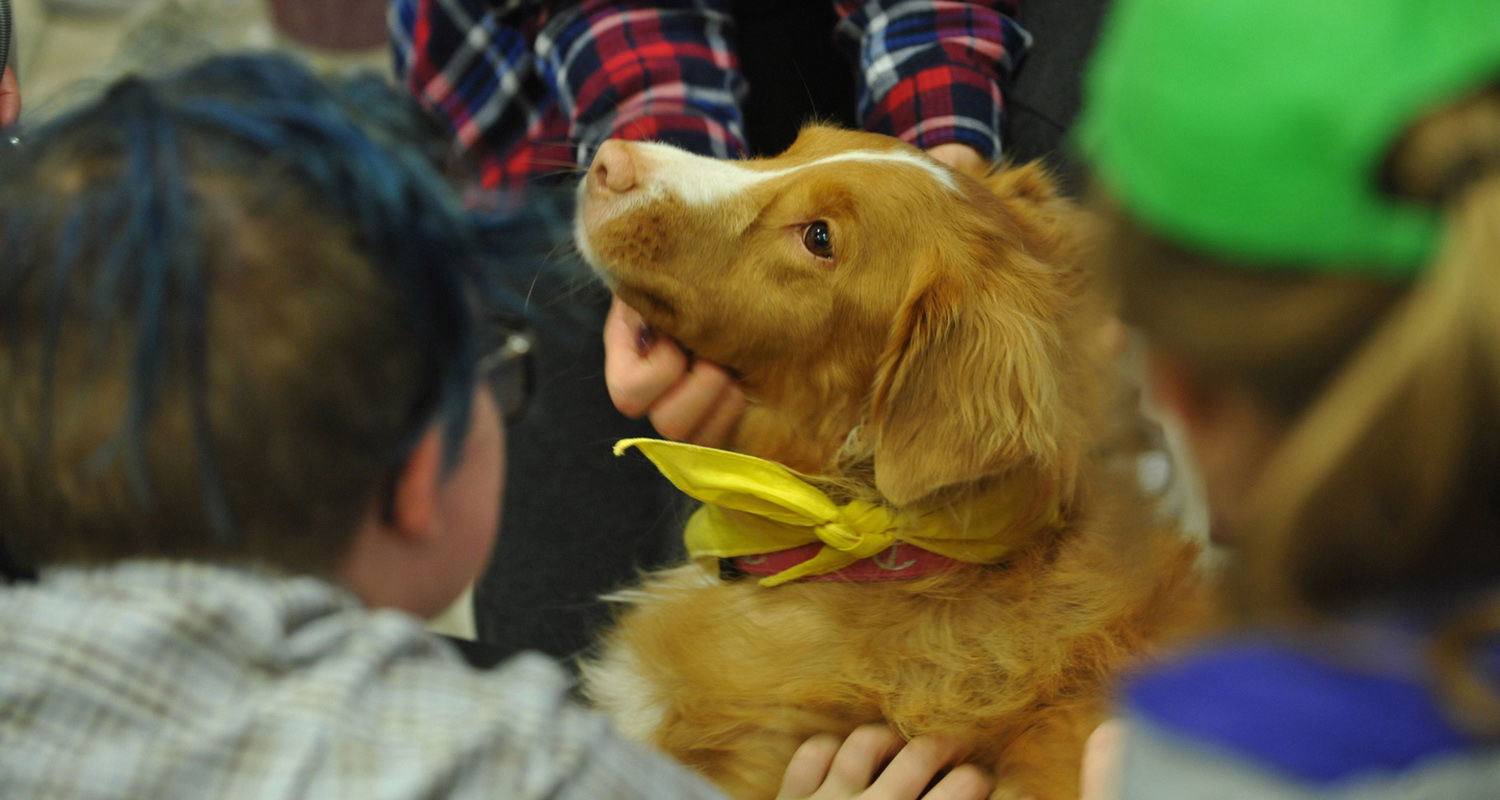 From Dec. 21-23, travelers could interact with the comfort dogs at gates and post photos on social media for a chance to win two free round-trip tickets to any destination.

Jonathan Guerin, public relations manager for United Airlines, says United Paws was so popular in 2014 and 2015, United wanted to expand to other airports including Cleveland Hopkins.

“All of us at United Airlines wanted to bring a bit of comfort and joy to our customers during the busy season of travel,” Guerin says.

When Kent State Professor Emerita Kathy Adamle, founder of Dogs on Campus, was invited to attend the event in Cleveland, she was ecstatic. 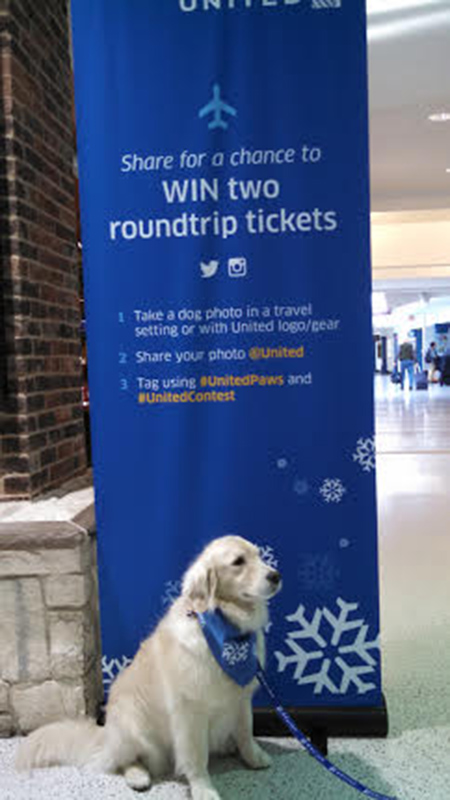 “The invitation was initiated by United Airlines to the national pet therapy organization called Pet Partners,” Adamle says. “The call came to ask me if my organization would like to participate, and, of course, we said yes.”

Dogs on Campus was one of three Ohio pet therapy programs to attend United Paws. The others included Akron Children’s Hospital’s Doggie Brigade and University Hospitals of Portage County’s Love on a Leash.

Guerin says one of his favorite aspects of the event was being part of the shift briefings where the dogs came in to receive their bandanas and schedules.

“Being in a room with 10 or more friendly dogs of all breeds was my idea of a perfect day!” Guerin says.

Adamle says her favorite part of the event was “meeting people and seeing them smile when they’re really stressed about traveling over the holidays. We all thought it was fun.”

Adamle created the Dogs on Campus Pet Therapy Program in 2005, and it was the first of its kind in the country. Since pet therapy is mostly used in hospitals, nursing homes and at disaster situations, she wanted to see if this kind of program would work with college students as well.

Adamle holds a doctorate in medical sociology, a master’s in nursing and two bachelor’s degrees in nursing and education. She created the program based on research and a grant study she conducted in 2004.

“No one had ever tried to do this concept of pet therapy for a ‘well population,’ such as college students, who also experience stress, missing their family pet or just need a happy break from studying,” Adamle says.

The Dogs on Campus program is known for its visits to the Kent State University Library during finals week each semester and other smaller events across the Kent Campus and at the Regional Campuses.

For more information about the Dogs on Campus program, visit http://dogsoncampus.org.