Live Chat
Dianne Centa, pictured here in 1977, has witnessed many changes at Kent State University since she started working there in 1973. She recently celebrated 45 years at Kent State.

In 1973, American pop group Tony Orlando and Dawn scored a number one hit on the Billboard Year-End Hot 100 Singles with the song “Tie a Ribbon Round the Ole Oak Tree.”

In 1973, the Sears Tower – now called the Willis Tower – opened in Chicago, making it the tallest building in the world at the time.

In 1973, Dianne Centa walked onto the Kent State University campus to start her new job. Glenn A. Olds was Kent State president at the time. 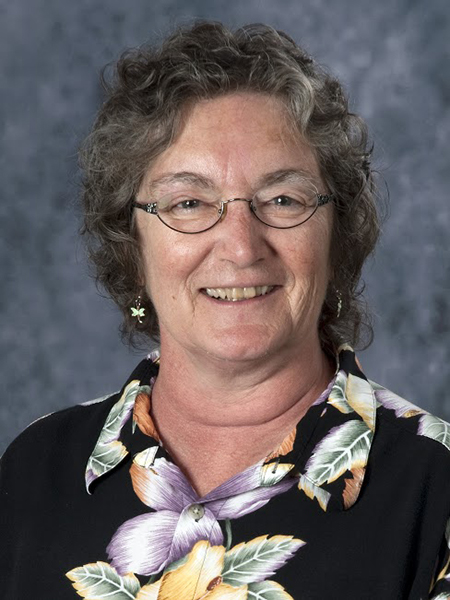 “I used to tell people I worked in the president’s office,” Ms. Centa says with a laugh. “My first job here was as a janitor; I worked in the administrative building, which is now Cartwright Hall.”

Since 1973, she has worked under the administration of six university presidents; witnessed the addition of several campus buildings, such as the Liquid Crystal and Materials Sciences Building, and the Student Recreation and Wellness Center; the renovation of several others; as well as an increase in the number of students and staff on campus over the years.

After working in several different departments and buildings on campus, such as Kent Hall, the Center of Visual Arts and Cartwright Hall, Ms. Centa has seen drastic changes in how the university works over the years.

“The May 4 memorial was not here when I arrived,” she says. “Over the years, I’ve seen remodels and repurposing, such as the opening of the Fashion Museum and the Fashion Library in Rockwell Hall, which was the library, once upon a time. Kent Hall has been remodeled twice. The three buildings that are now Kent, Merrill and Cartwright halls were connected and included Wills Gym, which is long gone. The Schwartz Center used to be University School — I helped move its library to the present library.”

Working with University Libraries, Ms. Centa also witnessed the transition from card catalog to an online database, including the introduction of the OhioLink database.

“One of the biggest things that occurred during my time here was the transition from paper to electronic,” she says. “We used to have to search for information from a box that was as big as an old-fashioned TV, and each search would take five minutes or so.”

As a senior library associate, she is responsible for making sure the library’s records are updated, finding and fixing any problems in KentLink, the online library database, and overseeing the collections of books and other materials that donors from far and wide give to the library.

“There is not even a typewriter in this room anymore, but I used to type all of the thank-you letters and bookplates,” she says.

Ms. Centa did not intend on staying at Kent State for so long. However, the future of her children is what changed her mind and convinced her that staying would be for the better.

“I wanted to get my two daughters through college more than anything,” Ms. Centa says. “Now I have a granddaughter who’s graduating from Kent State in December, so it was worth it.”

Melissa Spohn, Ms. Centa’s supervisor and head of acquisitions for University Libraries, says it is Ms. Centa’s consistency and caring personality that makes her valuable to the library.

“Dianne is excellent at logical thinking and is always very engaged with events on campus,” Ms. Spohn says. “She looks for ways to connect with patrons and cares deeply for her work.”

Ms. Centa is extremely proud of being able to work with a variety of people from different departments, cultures and backgrounds over the past 45 years. She says it is one of the many aspects that has kept her job exciting and fresh.

“What makes Kent State so different from other places I’ve been to is the amount of diversity on campus,” Ms. Centa says. “I love traveling, so I’ve met people from all over and have made many friendships over the years.”

Ms. Centa has no plans to retire anytime soon and is very content with where she is now. A quote that has helped guide her is “Resolve never to be poor; always spend less than you have” (by Benjamin Franklin). Those are words that Ms. Centa applies, not just financially, but philosophically as well.