Across the university’s eight-campus system, 3,252 students will graduate from Kent State this fall, including those receiving associate degrees.

The 6 p.m. ceremony on Friday, Dec. 16, recognizes graduates receiving their master’s, educational specialist and doctoral degrees. The speaker for this ceremony is Andrew J. Sonderman, ’73, J.D., president of Suburban Natural Gas Company. Sonderman has spent more than 30 years providing legal representation to energy companies, both public and private. Throughout his career, Sonderman blended his legal expertise with a wealth of knowledge of the public utilities industry and the regulated natural gas business in particular. He has represented utility companies before numerous state and federal agencies, as well as managed legal and technical staff. 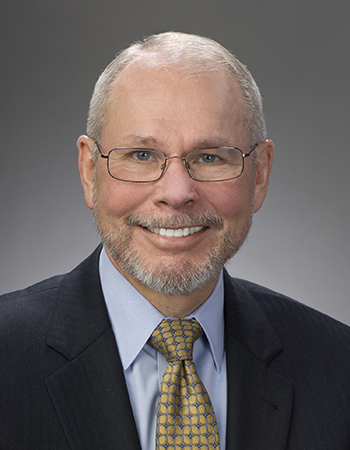 Sonderman, who graduated from Kent State with a bachelor’s degree in political science, began working at Columbia Gas System’s natural gas distribution companies just two years after receiving his law degree from the Ohio State University. His career at Columbia spanned 24 years, as he climbed the ladder from counsel to eventually assuming the positions of general counsel and secretary of energy distribution utilities. He left Columbia Gas in 2003 to go into private law practice, where he used his vast experience in the public utilities industry to represent energy companies across the U.S. In 2011, he became director at the Columbus law firm of Kegler, Brown, Hill & Ritter. In 2015, he found his way back to his natural gas roots when he was named president of Suburban Natural Gas Company, a privately owned public utility providing retail service in Central and Northwestern Ohio.

He has been active in the American Gas Association, chaired its legal committee and was a charter member of the board of directors of the Gas Industry Standards Board, which is now known as the North American Energy Standards Board. He also served on the Strategic Planning Committee of the Energy and Mineral Law Foundation.

The 9:30 a.m. ceremony on Saturday, Dec. 17, recognizes graduates receiving baccalaureate degrees from the College of Applied Engineering, Sustainability and Technology; College of Business 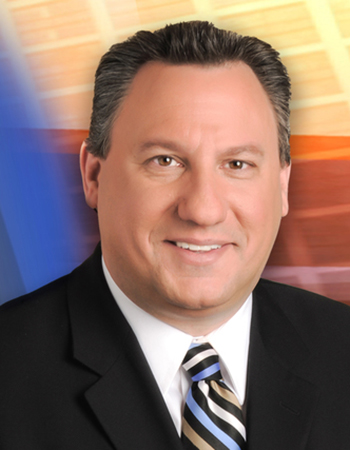 Administration; College of Communication and Information; College of Education, Health and Human Services; and the School of Digital Sciences. The speaker for this ceremony is Andrew R. Baskin, ’90, sports director of the NewsChannel5 Sports Team. Before joining NewsChannel5 in 2008, he was a sports anchor/reporter for WKYC-TV. While at that station, Baskin was the sideline reporter for Cleveland Browns pre-season football with Brian Brennan, Sam Rosen and Bernie Kosar. He also hosted the Browns Pre- Game Huddle, Browns Tonight, Indians Tonight and Indians On-Deck. Prior to that, Baskin was a co-host of Tribe Time, the Indians Postgame Report and the Cavaliers In the Post on FSN Ohio.

A two-time Emmy award-winner for broadcasting, Baskin also has won awards from the Society of Professional Journalists and the Cleveland Press Club. Earlier in his career, he was a sports anchor for WBNS-TV in Columbus before joining Fox Sports Net Ohio. He covered every major professional sports team in Ohio, including the Browns, Bengals, Indians, Reds, Cavs and Blue Jackets, along with Ohio State football and the Columbus Marathon. 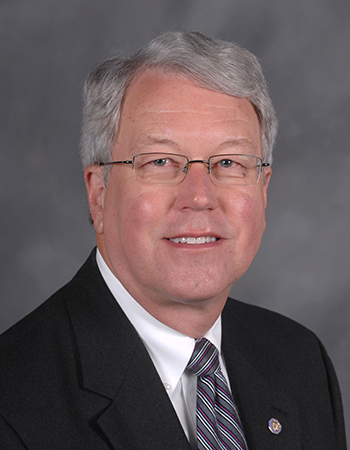 State from 2010 until 2016. Steidl brought a wealth of experience as an award-winning architect and as a national and global leader in the development of professional standards in architecture. Among his many contributions to the field are service as national president of the American Institute of Architects in 2005, president of the National Architectural Accrediting Board in 2009, and co-director and secretary of the Professional Practice Commission of the International Union of Architects from 2008-2011.

A founding principal of Braun & Steidl Architects, his firm produced more than 2,000 designs for educational, recreational, faith-based, corporate and hospitality entities in 32 states and Canada. Projects on behalf of Kent State include the renovation of the Memorial Arena and Convocation Center (MACC) in 1988, the WKSU studios, the Centennial Hall Residence Complex, Eastway Dining Center and the Conference Center at Kent State University at Stark.

During his tenure as dean of the College of Architecture and Environmental Design, his leadership resulted in the establishment of three new master’s degrees in landscape architecture, health care design and architectural research. He energized the alumni base, resulting in more than $12 million in new commitments from donors. Steidl championed the new Center for Architecture and Environmental Design, which opened in August 2016 on the Lefton Esplanade, and he strengthened the college’s relationships with professionals in the fields of architecture, interior design and landscape architecture.

Steidl served as a lieutenant in the Naval Civil Engineer Corps from 1971-1975, constructing facilities in central Florida, as an elder in the Presbyterian Church USA since 1978, and as chair of Hale Farm and Village, among other civic contributions.