On Tuesday, May 24, Kent State University and the Kent State Legislative Delegation hosted a Legislative Reception in Columbus, Ohio, to thank the Ohio General Assembly for their support over the last year. The most recent win for the university includes more than $23.5 million in the Capital Budget Bill, which will fund projects on all eight Kent State campuses.

The event was co-hosted by the co-chairs of the Kent Legislative Delegation, State Sen. John Eklund (District 18) and State Rep. Kathleen Clyde (District 75). 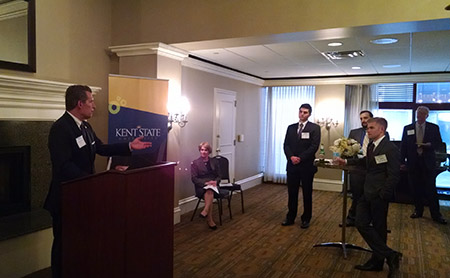 Kent State’s Office of Government and Community Relations coordinated the reception. The office serves as the university’s hub for public sector interactions at the federal, state and local levels.