For many people, being your own boss is the ultimate goal. For Evan Laisure, that goal turned into reality shortly after graduating from the Visual Communication Design program at Kent State University.

Mr. Laisure began with a simple idea and turned it into his own online shop called The Pastimes, featuring original designs on clothing, posters and glassware.

“I didn’t want to just create artwork and put it on Instagram, get a few likes and that’s it,” Mr. Laisure says. “I’ve always been entrepreneurial, and I wanted to find a way to mend that passion with design, so those two came together to create The Pastimes.” 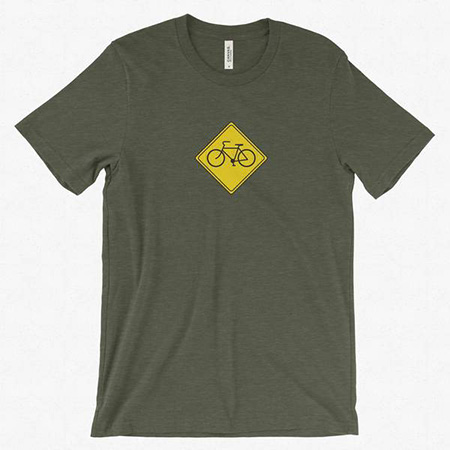 The concept of the shop started when Mr. Laisure noticed many of the clothes his friends wore for a variety of activities only displayed the company logo but did not state the activity. He had a revelation that if he participated in these “pastimes,” why would he want a shirt with a logo instead of a shirt that shows what he enjoys doing. So, instead of a swoosh logo, “why not go ahead and display your love for running?” he says.

The Pastimes is split into six categories: The Cyclists, The Hunters, The Runners, The Campers, The Fisherman and The Bikers. Each category has a variety of clothing, posters and glassware with Mr. Laisure’s original designs that feature images and words about that activity.

“It was all about how I can represent the pastimes; just talking about the activity, not talking about ourselves at all,” Mr. Laisure says. “That has really followed through with everything that I have done.”

Each clothing item only has an embroidered tag around the bottom of the shirt, so no logo is visible.

Before he developed his shop, Mr. Laisure received some help from LaunchNET Kent State. Mr. Laisure was selected as a finalist to present his idea to the judges at the 2017 Idea Olympics, a competition sponsored by LaunchNET for students to pitch their new business ideas and earn money to fund them.

Mr. Laisure worked with LaunchNET Kent State to formulate a presentation and the business outline, which he still uses as a basis today.

“They helped me establish an outline; the very beginning steps of the process that I am still working on today,” Mr. Laisure says.

Zach Mikrut, program manager at LaunchNET Kent State, explains how they helped him develop his pitch and prepare for what was in store at the Idea Olympics.

“I was excited to hear from Evan a few weeks ago and how he used the event as motivation and a learning experience to keep working on and ultimately launching his company,” Mr. Mikrut says.

As for now, the shop operates online and will be featured in 17 trade shows throughout the Cleveland area this summer. In the future, Mr. Laisure hopes to operate through wholesale accounts.

“The Pastimes is a way to get away from everything else and create art for the sake of art,” Mr. Laisure says.

He credits Kent State for giving him the drive and inspiration to do what he loves.

Learn more about Mr. Laisure’s designs at The Pastimes