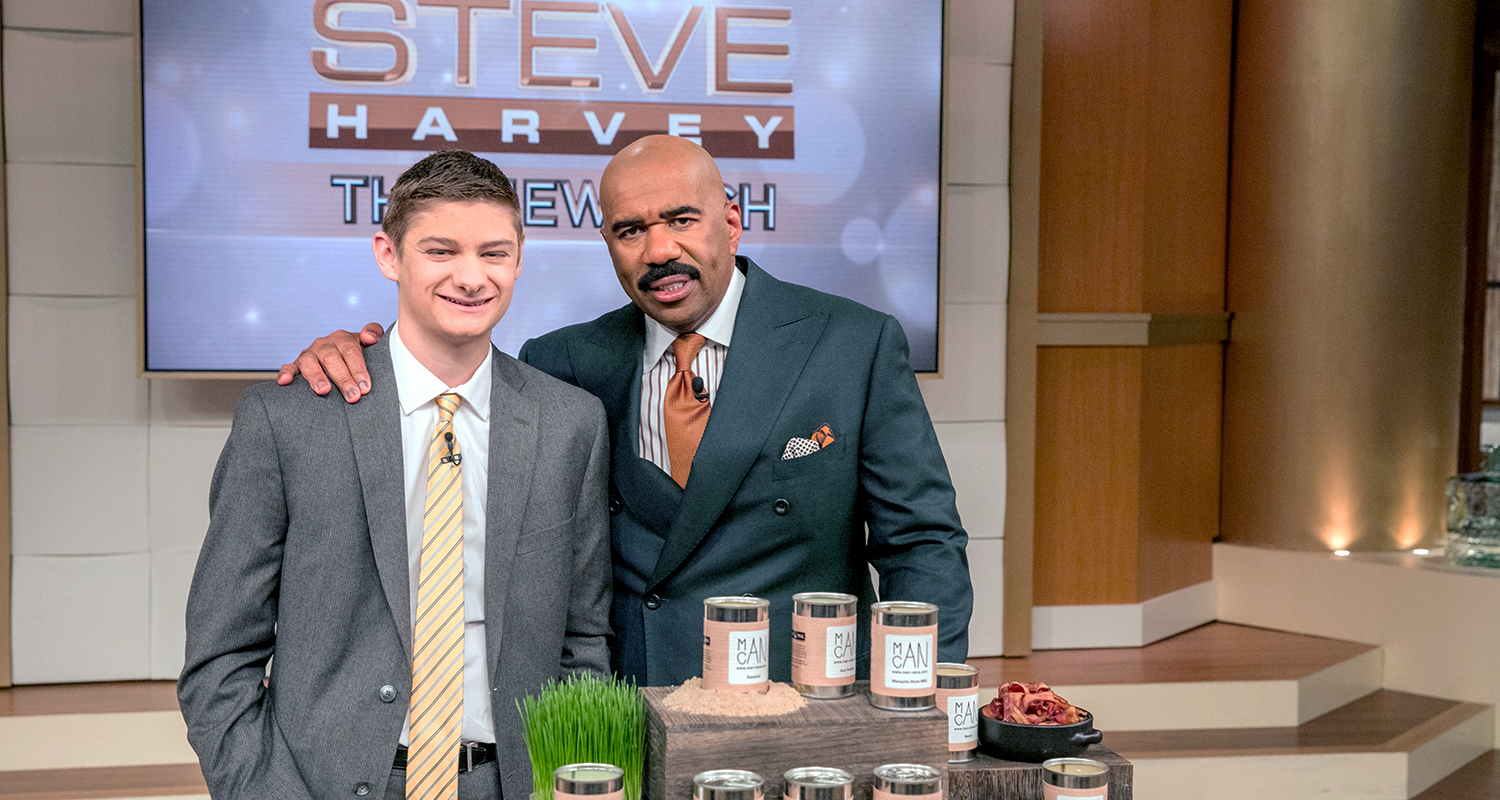 “Don’t put any idea off as a joke,” says Richard “Hart” Main, a Kent State University sophomore economics major from New Philadelphia, Ohio. “I almost did that and missed an opportunity.”

The 18-year-old entrepreneur is referring to ManCans, his company that makes and sells masculine-scented candles with a philanthropic twist.

ManCans are sold in 150 local shops throughout the U.S. Customers can choose from a variety of scents, including new car, campfire, cigar and fresh cut grass. The company is able to donate 75 cents from each homemade candle to charity. More than 100,000 cans of soup and $50,000 have been donated to soup kitchens throughout the Midwest.

Main conceived the business idea on a whim when he was only 13 years old. His younger sister asked their mother to purchase candles for a fundraiser, and Main noticed there were few scents that would appeal to men.

“They were all super girly scents, such as rose, lavender and cinnamon,” Main says. “I was joking with her, ‘Where are the man scents?’”

However, Main did not start taking his idea seriously until November 2010 when he needed extra money to purchase a new racing bike. Main used the money he earned from his paper route to buy supplies to start the candle company.

Main’s mother, an assistant professor of nursing at Kent State University at Tuscarawas, initially helped him make the candles in their kitchen. His father also assisted with transporting and delivering candles. It was a family effort, but Main’s parents encouraged him to make the business decisions. They wanted him to learn from his own mistakes, Main says.

Growing Momentum and Helping Others

ManCans began growing slowly, but quickly gained momentum in March 2011 when a news station in Columbus, Ohio, covered Main’s story. The Associated Press picked up the story shortly after. Main received 1,400 orders in 48 hours as a result of the media coverage.

The business was forced to expand production to keep up with increased orders. Main chose the Beaver Creek Candle Company in Lisbon, Ohio, which employs individuals with developmental disabilities.

“Working with Beaver Creek may not be the cheapest way of doing things, but it is the best thing for both us and them,” he says. “Being able to employ people with disabilities is one of the most rewarding things I’ve been able to do.”

Main also has received a great deal of media attention, appearing on national talk shows such as Steve Harvey and Lopez Tonight, but he has not allowed the attention to go to his head, he says.

Main encourages young entrepreneurs to take their ideas seriously by remaining professional and motivated. They should not allow their young age to discourage them from following their dreams, he says.

This past summer, Main co-authored the book One Candle, One Meal with his father to help guide young aspiring entrepreneurs during their business journeys.

“Don’t let people see you as a joke,” he says. “Act professionally and show them that you know what you’re doing. Just because you’re a kid doesn’t mean you can be unprepared. If you appear to them as a professional, then they’ll take you seriously.”

Main hopes to continue making a difference through his company in the future. He also plans on attending online law school after graduation to launch a career in politics.