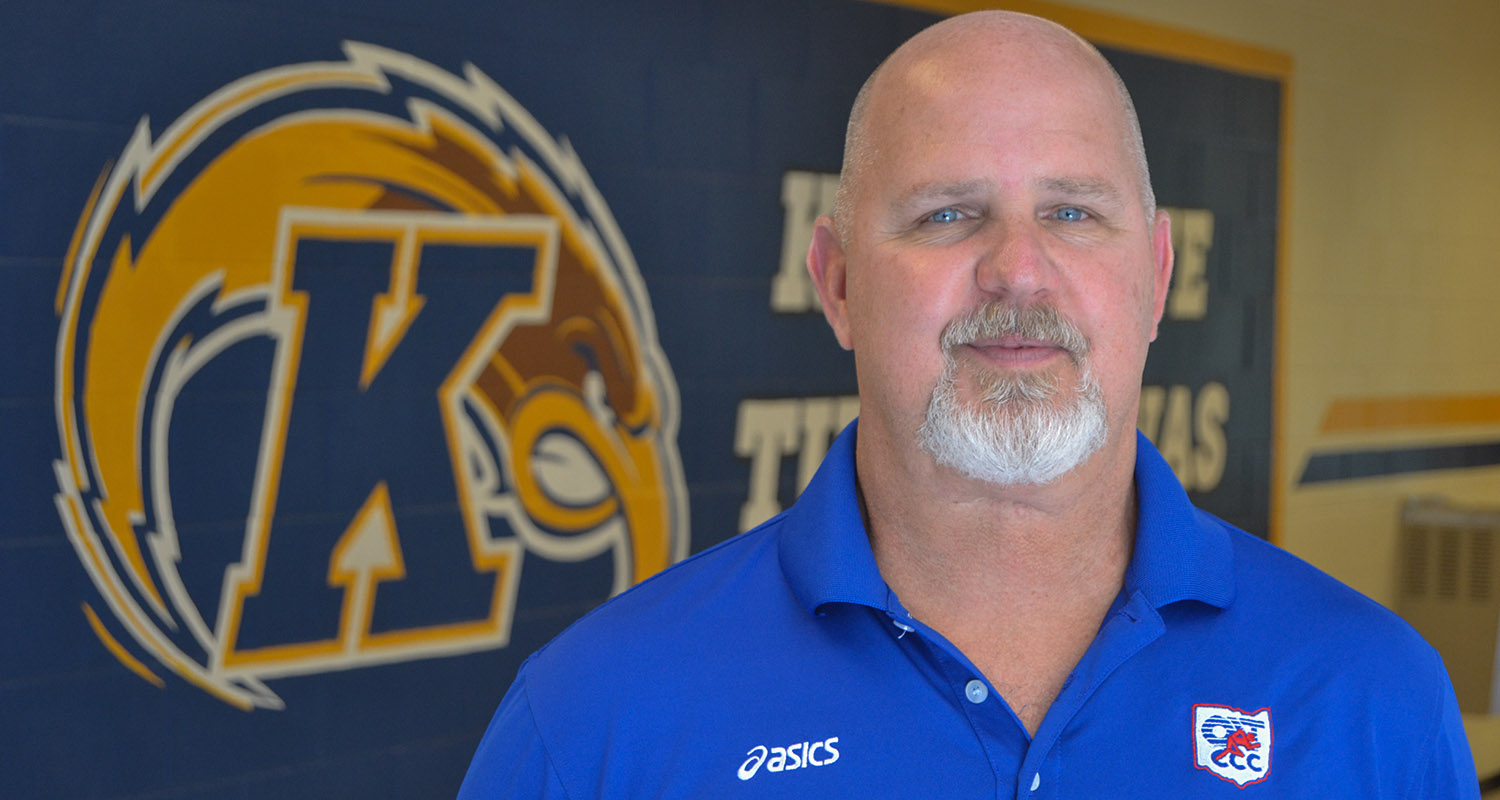 Mark D. Albaugh, of Uhrichsville, has been hired as the coach for cross country and track and field at Kent State University at Tuscarawas. He has 28 years of coaching experience at Claymont, Dover and Garaway schools. He received the Ohio High School Athletic Association (OHSAA) Fred Dafler Career Coach of the Year award in 2006 for girls cross country and in 2009 for boys cross country. In 2013, he was named to the Ohio Association of Track and Cross Country Coaches Hall of Fame.

In addition to his coaching career, Albaugh is employed by Claymont Schools as a junior high school science teacher.

“We are pleased to have Mark Albaugh join the Golden Eagles coaching staff at Kent State Tuscarawas,” says Bradley A. Bielski, Ph.D., dean and chief administrative officer of Kent State Tuscarawas. “A well-respected coach, Mark will help us build the campus’ first cross-country team this fall and our first track and field team in the spring. His extensive experience and award-winning coaching career will be extremely valuable as we begin competing in the USCAA conference.”

Albaugh’s successful coaching career includes both boy’s and girl’s high school teams in track and cross country. His teams have won titles at the league, district and regional levels. He has coached 11 state champions and three cross-country teams that finished as state runner-ups. His 1994 Dover girls cross-country team was ranked fourth in the nation. He also was the Dover Girls Distance Coach for the 1995 track team that won the state title.

Fifty-eight of his athletes have been named All-Ohioans, with another 14 receiving the distinction of Academic All-Ohioans.

New and current students interested in joining the cross country team are encouraged to contact Athletic Director Rob Brindley. Brindley is the campus’ first full-time athletic director, an appointment he received in June.

Kent State Tuscarawas was officially accepted into the United States Collegiate Athletic Association (USCAA) in June. Beginning with Fall Semester 2016, the campus is offering sports teams in men's and women's basketball, cross country, track and bowling, men's golf and baseball, and women’s volleyball and softball. Wrestling and soccer are among the sports that will be added to the Golden Eagles athletic program during the 2017-18 academic year.

For more information about athletics at Kent State Tuscarawas, contact Brindley at 330-308-7447 or rbrindle@kent.edu.