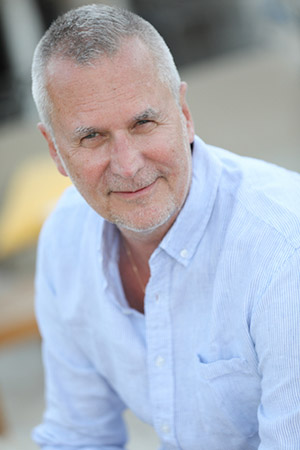 FS2 Presented by Michael Kors will span three runway events. In addition, Don Witkowski, Kent State alumnus and president of Men’s at Michael Kors, will be inducted into the Fashion School’s Hall of Fame.

FS2 Presented by Michael Kors is subtitled Reverie, and it will showcase the Fashion School’s design and merchandising students. Fashion design students submit work – ranging from athletic wear to evening gowns – to a panel of industry professionals who decide which collections and looks will be presented on the runway. Merchandising students plan and organize the show.

“The Fashion School is incredibly pleased that Michael Kors will be the presenting partner for our annual fashion show this year, as the company has already contributed to the school’s mission in important ways,” says J.R. Campbell, director of Kent State's Fashion School. “Eighteen students from the Fashion School have conducted industry internships with the company.”

Michael Kors is a global lifestyle luxury brand that features accessories, footwear and apparel in more than 95 countries.

The Kent State Fashion School Hall of Fame will induct Witkowski during the sponsor/VIP show on April 29.

“Don Witkowski is a humble yet amazingly impactful force in menswear,” Campbell says. “Those who have worked with Don speak about his ability to get things done in high-productivity, high-stress environments. He is an excellent example of the ethos of Kent State University.”

Witkowski is a native of Cleveland and studied psychology at Kent State. He has worked for Barneys, Calvin Klein, Donna Karan, Nautica and John Varvatos. He will give a free, public lecture at noon on April 28 in the Rockwell Hall Auditorium.

Tickets for the Friday shows will go on sale March 20 and are $30 for the 2 p.m. matinee and $55 for the 7 p.m. awards show. Tickets for the sponsor/VIP show are $250 and include a $75 donation to the Fashion School Scholarship of the purchaser’s choice; admission to the VIP reception, Hall of Fame Induction and Saturday night show; a fashion show catalog; and special recognition in the show program and catalog.

The Saturday night sponsor/VIP show will not be ticketed through the Performing Arts Box Office.