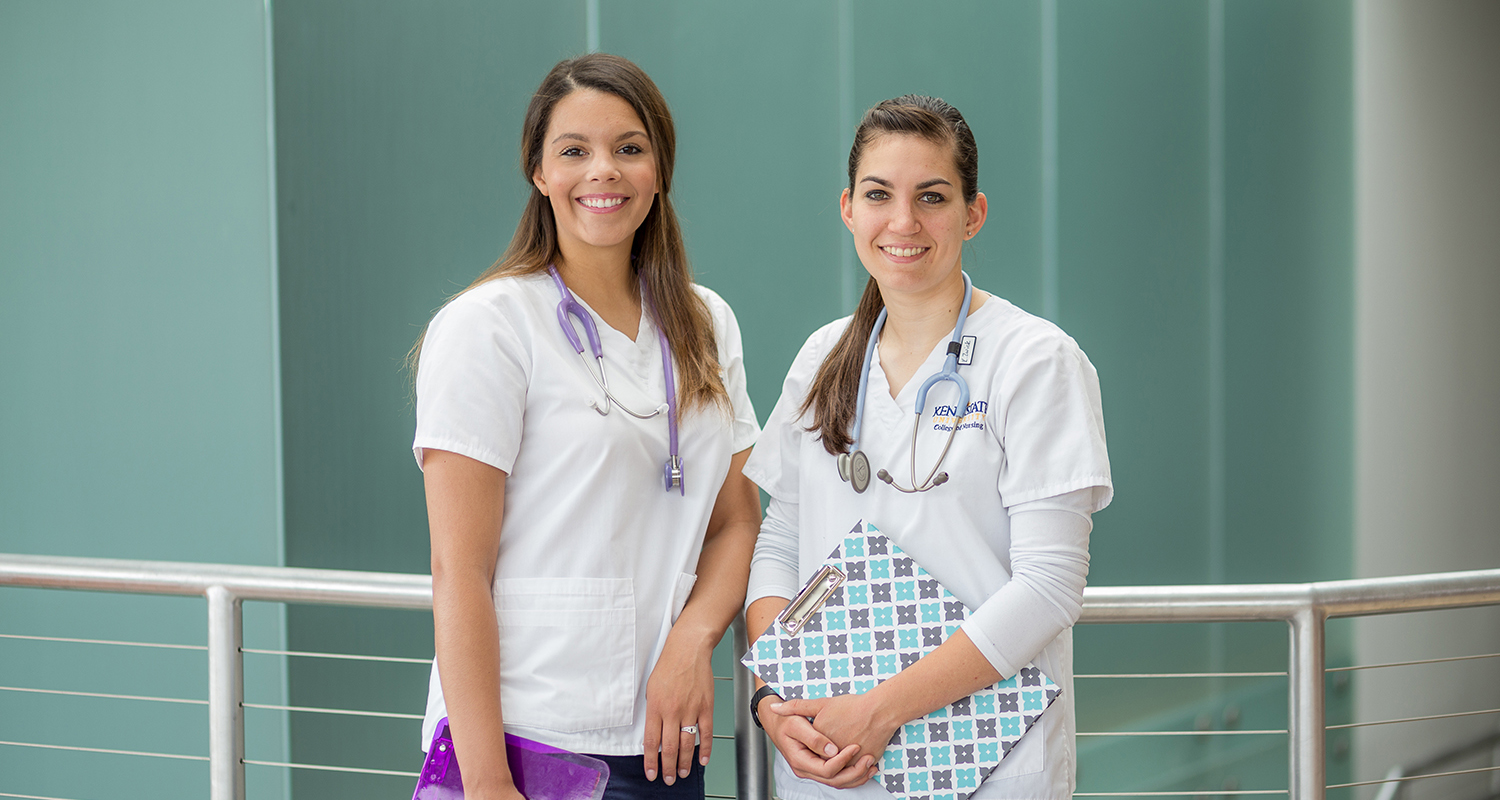 A Pound of Cure: Kent State Stark Nursing Students to the Rescue

Obesity is an epidemic in Stark County. But Kent State University at Stark nursing students have begun providing treatment and educating youth about healthy eating and exercise.

The Stark County Health Department identifies the number one health concern in the area as obesity. In 2009, the Centers for Disease Control and Prevention reported that nearly 70 percent of Stark County adults, as well as more than 33 percent of third graders, were overweight or obese.

Nursing students at Kent State Stark understand the seriousness of obesity — and the diabetes, heart disease and other conditions it can cause. During the last spring semester, a group of seven seniors reviewed the community’s “chart” and began providing “treatment” as part of a project in their Community Health Nursing course.

“We gathered data for all of Stark County, but since Lake Township was a central location for our group, we focused our efforts there,” says Kyleigh Zwick. “We studied Lake’s resources and discovered that there weren’t many healthy restaurant choices in the area — mostly fast-food places. And besides community parks, there was only one option for physical activity, a local YMCA.”

Zwick and her classmates diagnosed a desperate need for education about healthy lifestyle choices. They decided the best place to begin inspiring better habits was with Lake Township youth.

Nurses to the Rescue

The group shared their findings with Matt Pinion, a health teacher at Lake Middle School. In response, he welcomed them to organize a health fair for his sixth and seventh graders.

“At the health fair, students visited stations that taught them about healthy eating and exercise,” says Sierra (Gallina) Lepley. “All of our displays were intended to show how it’s not hard to make healthy choices.”

At one station, Zwick displayed bottles of familiar beverages, such as Mountain Dew, Coca-Cola, grape juice, chocolate milk and Powerade. The bottles were empty, except for a measurement of dry sugar, showing the grams of sugar in each beverage.

“Students thought that was really cool — seeing the 77 grams of sugar in Mountain Dew and the 68 grams in Coke and then comparing it to the 27-gram portion that’s considered a maximum daily limit,” Zwick says. “They learned that even fruit juice has lots of sugar. The healthiest beverage is water, but we showed them how to flavor it with fresh fruit slices.”

At other stations, the future nurses invited students to:

“They’re kids, so you can’t tell them not to eat ice cream! It’s more about teaching them moderation and balancing diet and exercise,” Lepley says.

The health fair was a one-day event, but the group expects results to be long lasting. In addition to leaving their displays at the school, they left a box with healthy recipes that students can take home — like library books — and return along with their own healthy recipe contributions.

“Before the fair, we asked students about their favorite foods,” Zwick says. “Most of them listed things like pizza, chicken nuggets and french fries. After the fair, many students asked if they could change their original responses!”

Until their senior year, most Kent State Stark nursing students learn in the classroom or in clinical rotations at a local hospital, explains Latonya Shoulders, assistant professor of nursing at Kent State Stark. The Community Health Nursing course teaches them other roles outside a doctor’s office or medical center. During the course, students sample nursing jobs in jails, community health clinics and other agencies, as well as complete a community assessment project.

“We put students in the world of a community health nurse, where they assess needs and try to help whole groups of people live healthier,” Shoulders says.

Both Zwick and Lepley earned their bachelor of nursing degrees in August and say the course expanded their understanding of nurses as educators and disease preventers. While their new nursing careers will most likely start in a hospital or other clinical setting, both are open to community nursing roles, as well.

“Nursing entails so much more than taking care of people in a hospital,” Lepley says. “Nurses also are teachers who help you learn how to prevent disease and stay out of the hospital.”

Kent State Receives 2015 Institutional Excellence for Students in Transition Award
Video: Giving Tuesday -- A Very Special Thank You
Where Did All the Books Go? Take a Peek Inside One of Kent State’s Specialized Storage Facilities
e-Inside