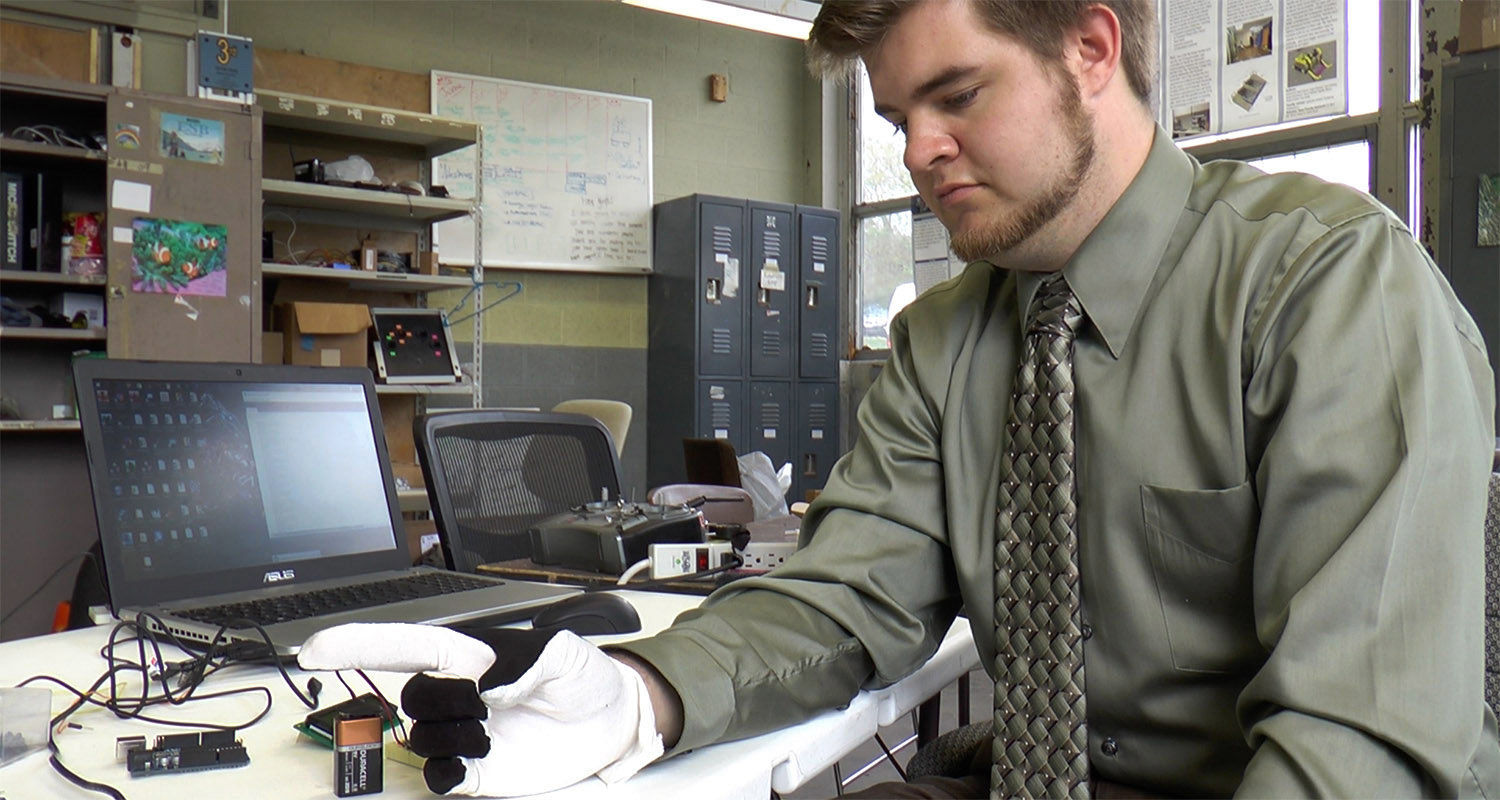 The Glove That Gives Sign Language a Spoken Voice

At first glance, it looks like an ordinary black glove with a white palm. But if you take a closer look, you will see it is equipped with sensors and a speaker. The glove is in the early stages of helping those who use American Sign Language (ASL) to communicate with those who do not.

In his senior year in Kent State University’s College of Applied Engineering, Sustainability and Technology, Joshua Ishihara came up with the idea after watching a video of a similar glove.

“That got me thinking about my project,” Ishihara says. “I can use this idea for the ASL community and help with communication.’”

Ishihara first attached sensors to the glove to detect movement.

“I started with the fingers for the letters, and now I need a way of representing those letters to people,” he says.

He added a chip to interpret the gestures based on the angle of the hand. He added another chip for 3-D manipulation to know where the hand is at all times in space compared to the body. When the movement is interpreted, the letter is announced through a speaker.

“Fantastic,” Ishihara gleams as he recalls the first time he heard the speaker work. “I was so excited that I actually got this thing to say a word or a letter that I had in there.”

The next step is to engage the thumb.

“That will give me all the letters and the positioning of the hand, which is all you need for the signs of the ASL dictionary,” Ishihara says.

Once Ishihara reaches that phase, he can test his prototype.

“Then I need to get a group of ASL users together to create the virtual dictionary of all the signs,” he says. “Once that’s done, this can go into production where we can make more gloves for people who need them.”