As athletes compete for gold in the Olympic Winter Games, Kent State University’s Bill Switaj, who serves as coach-in-chief of the Mid-American District of USA Hockey, part of the International Olympic Committee, is taking his expertise all over the world, while also impacting local players.

Mr. Switaj’s passion for hockey shines through in everything he does for Kent State and the Ice Arena. As manager of the Kent State Ice Arena, he puts all his energy into supporting the sport, from earning grants that fund youth hockey equipment at the Ice Arena to traveling to Germany for coaching symposiums – everything always ties back to the Kent State family. 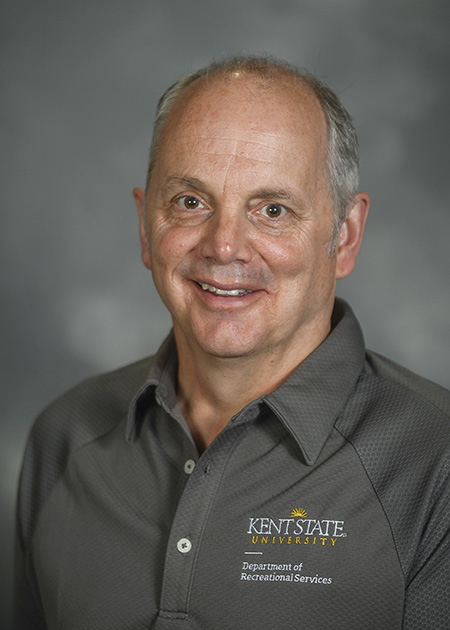 Mr. Switaj has been volunteering with USA Hockey for more than 20 years and has brought international experience, insights and even partnerships back to Kent State.

Recently, he traveled to Ireland for a three-day hockey clinic sponsored by USA Hockey. More than 30 Irish coaches and their youth players took the ice to learn more about coaching, young player development and the standards set forth by USA Hockey.

Mr. Switaj, who oversees a five-state region for youth hockey, ages 10 and under, has introduced countless local players, families, groups and organizations to Kent State and the Kent State Ice Arena.

“What we currently do [at the ice arena] is great, but I’m always learning something new from this organization [USA Hockey],” Mr. Switaj says. “Hockey is a family-oriented sport, and parents and their sons and daughters spend a lot of time together learning this game. If you create a positive experience, that cycle will repeat itself."

Mr. Switaj plans to return to Ireland in the future to review the progress made by the coaches he worked with in January. Until then, his work with USA Hockey will continue to directly enhance the university’s global education efforts through hockey clinics and programs, while providing Kent State facilities and expertise to the local community and Northeast Ohio.