Michael Keaton will be multitasking during his upcoming return to Kent State University.

Not only will the Oscar-nominated actor be imparting wisdom as the university’s commencement speaker, but he will also join more than 3,000 graduates on May 12 at Dix Stadium in wearing their caps and gowns as Mr. Keaton receives an honorary degree of Doctor of Humane Letters for his extraordinary contributions to film performance. 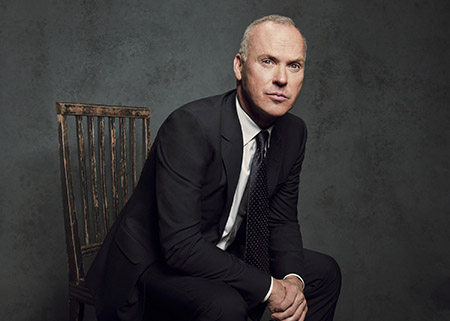 The ceremony brings full circle the journey he began at Kent State 47 years ago when he enrolled as a student before leaving to chase his dreams as an actor.

Kent State will celebrate its newest graduates at the One University Commencement on Saturday, May 12, at 10 a.m. at Dix Stadium. The ceremony recognizes graduates from the university’s eight campuses. In total, Kent State will confer 5,345 degrees, including 968 associate degrees, 3,383 bachelor’s degrees, 812 master’s degrees, 180 doctoral degrees and two educational specialist degrees this spring. More than 3,000 graduating students have registered to attend the One University Commencement at the stadium.

Mr. Keaton may be best-known for his roles as the Caped Crusader in Batman and Batman Returns. As the star of Birdman: Or (The Unexpected Virtue of Innocence), he was nominated for an Academy Award and won the Golden Globe. He is one of the few actors whose films, Birdman and Spotlight, won the Oscar for Best Picture in back-to-back years. Mr. Keaton also earned the Best Actor Award from the National Society of Film Critics for Clean and Sober and for Tim Burton’s Beetlejuice.

Kent State students may recognize Mr. Keaton from his recent role as Vulture in Spiderman: Homecoming. His next project is tentatively titled Big Ears from Walt Disney Studios.

This is the second year that all Kent State graduates from the eight-campus system are convened and honored in one ceremony. All guests (including children 1 year and older) must have a ticket to enter the ceremony venue.

Kent State’s One University Commencement may be viewed live at www.kent.edu/commencement/webcast.