“My teacher, John Mack, had this spirit of generosity you don’t see in teachers nowadays,” says Danna Sundet, Kent State University associate professor of oboe in the Hugh A. Glauser School of Music. “I want his story to be told and his knowledge to continue to be shared.”

To tell his story, Mrs. Sundet combined her passion, his teachings and Mr. Mack’s live recordings into an e-book that brings his work to life. But who is John Mack? 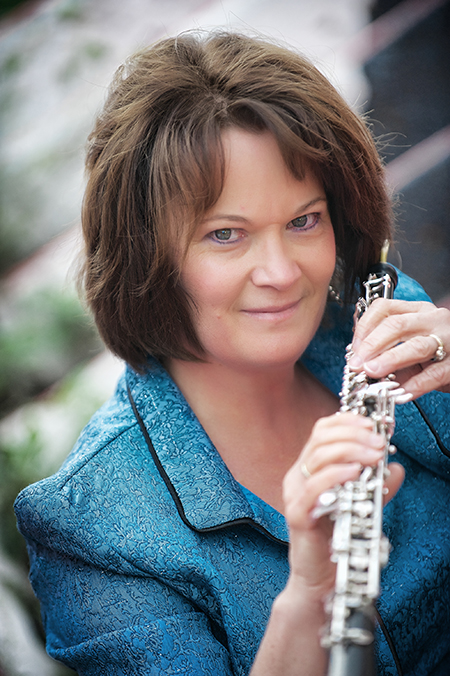 The late Mr. Mack was regarded as one of the greatest oboe teachers during his time. Over two-thirds of the oboists in 10 of the top United States orchestras are students of John Mack, says Stefanie Cohn, Mrs. Sundet’s former student.

The e-book John Mack Teaches Barret’s 12 Articulation Studies is centered on his teachings of the 12 articulation studies found in A Complete Method for the Oboe by A.M.R Barret.

Each articulation is explained and played by Mr. Mack in the e-book. He believed that if a student could master the 12 studies, they could understand any articulation from any composer, Mrs. Sundet says.

“One of his final wishes was to pass on his legacy, to continue his teachings and spread his knowledge,” Ms. Cohn says. “This e-book is the ideal way to do that.”

The e-book started out as a transcript of one of his master classes. After his death, Mrs. Sundet was entrusted with his intellectual property by his family and she noticed the transcript among his belongings.

She enlisted the help of Ms. Cohn to help edit the transcript into a version people who were not his students would understand.

Editing and re-editing each page took about a year, Ms. Cohn says.

While the book was being edited, Mrs. Sundet sought advice from other students of Mr. Mack’s – Thomas Moore and Everett Porter. Mr. Moore (Five/Four Productions) advised her to put the book into a digital format so people everywhere could access it, while Mr. Porter (Polyhymnia International) supplied her with recordings of Mr. Mack playing each Etúde.

“I threw this idea up in the air like confetti, and my colleagues gave it back to me in a more tangible way,” Mrs. Sundet says. “It was a team effort.”

By the first week of June 2017, a year after the idea came to Ms. Sundet, the e-book was finished and published on iTunes.

“I want to honor John Mack, and sharing these recordings and this transcript with the public is the greatest thing I could do,” Mrs. Sundet says.

To get a copy of the e-book for Android or Kindle, visit www.amazon.com/dp/B072JWWNZC.