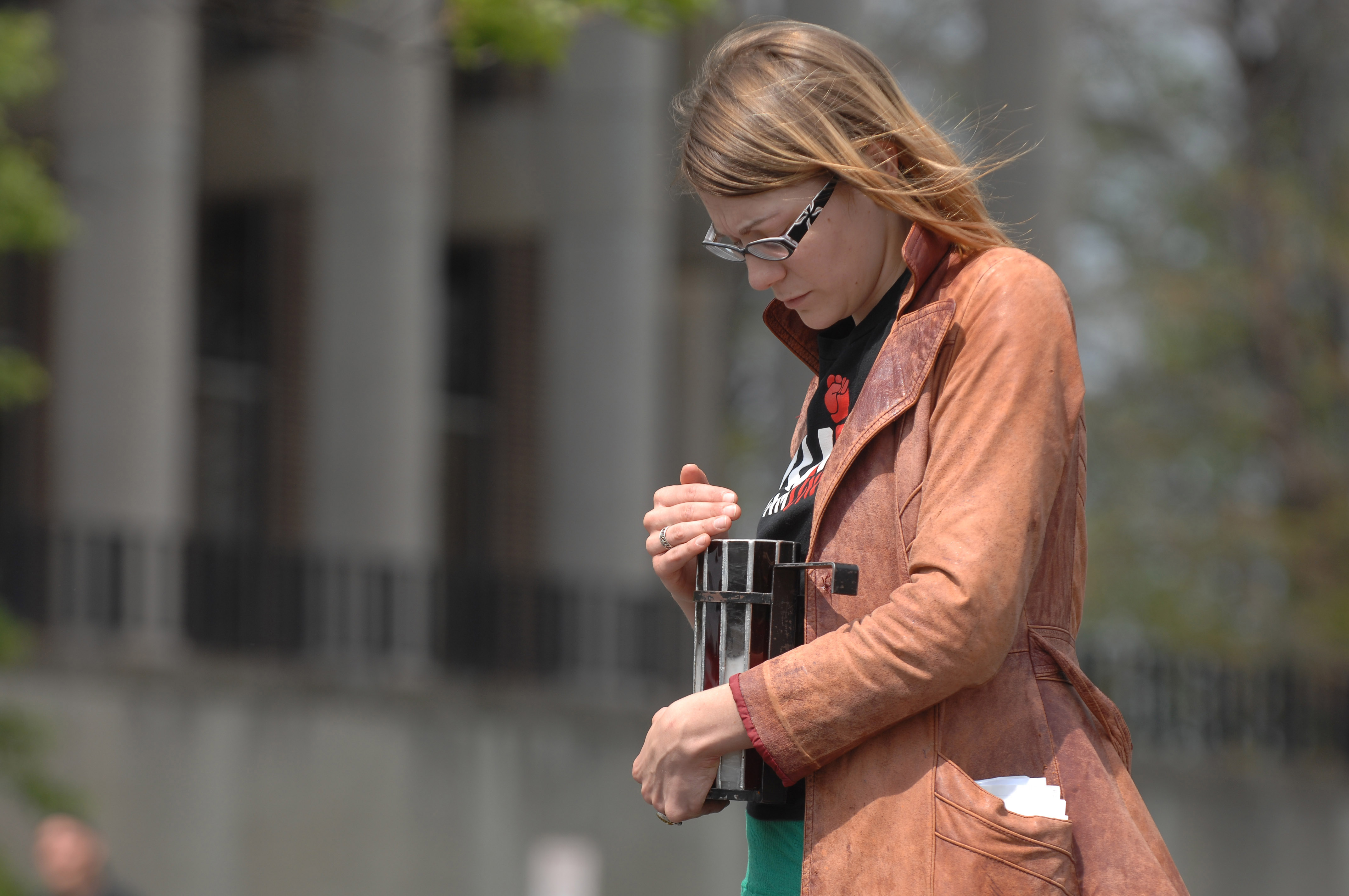 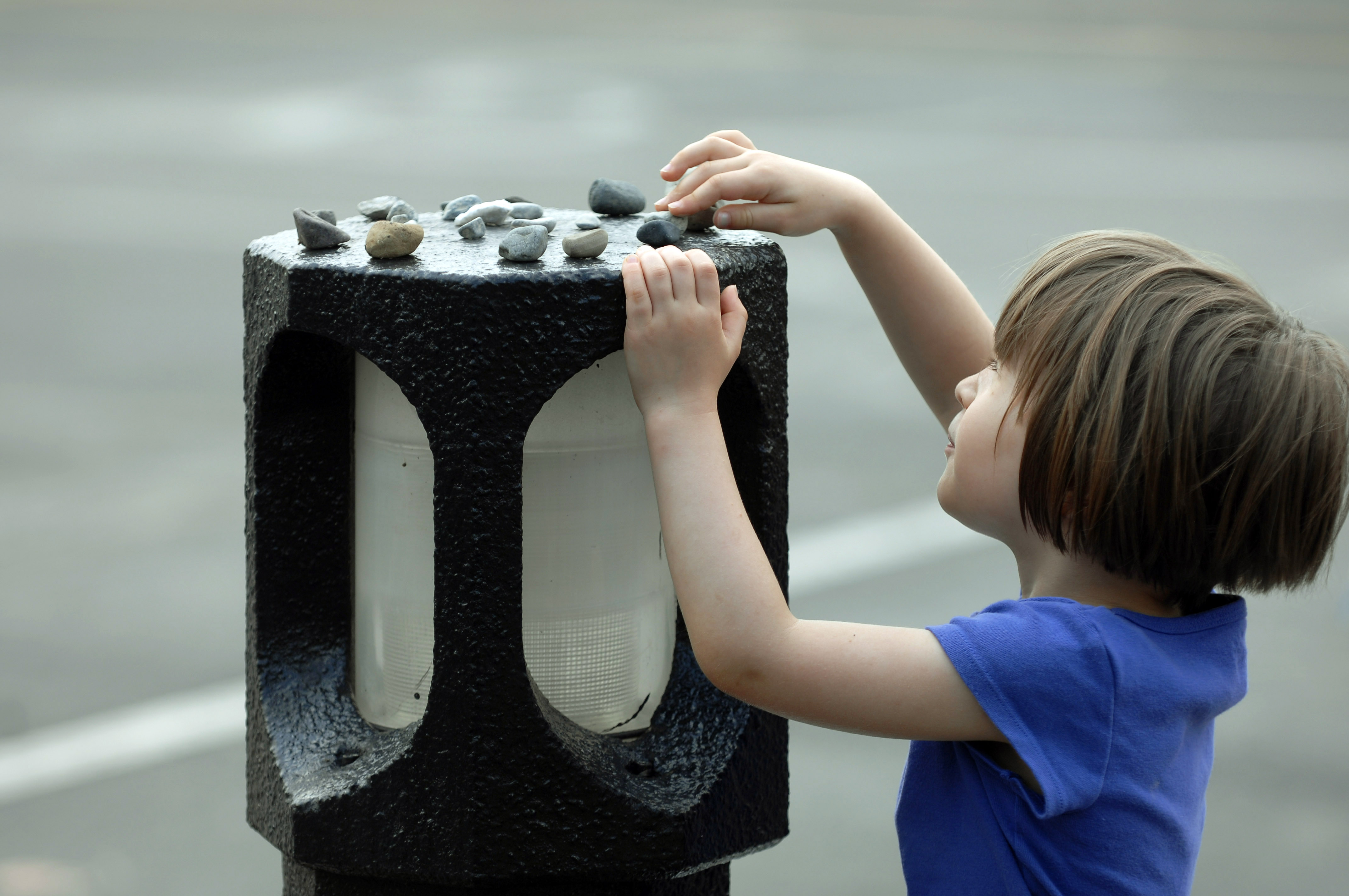 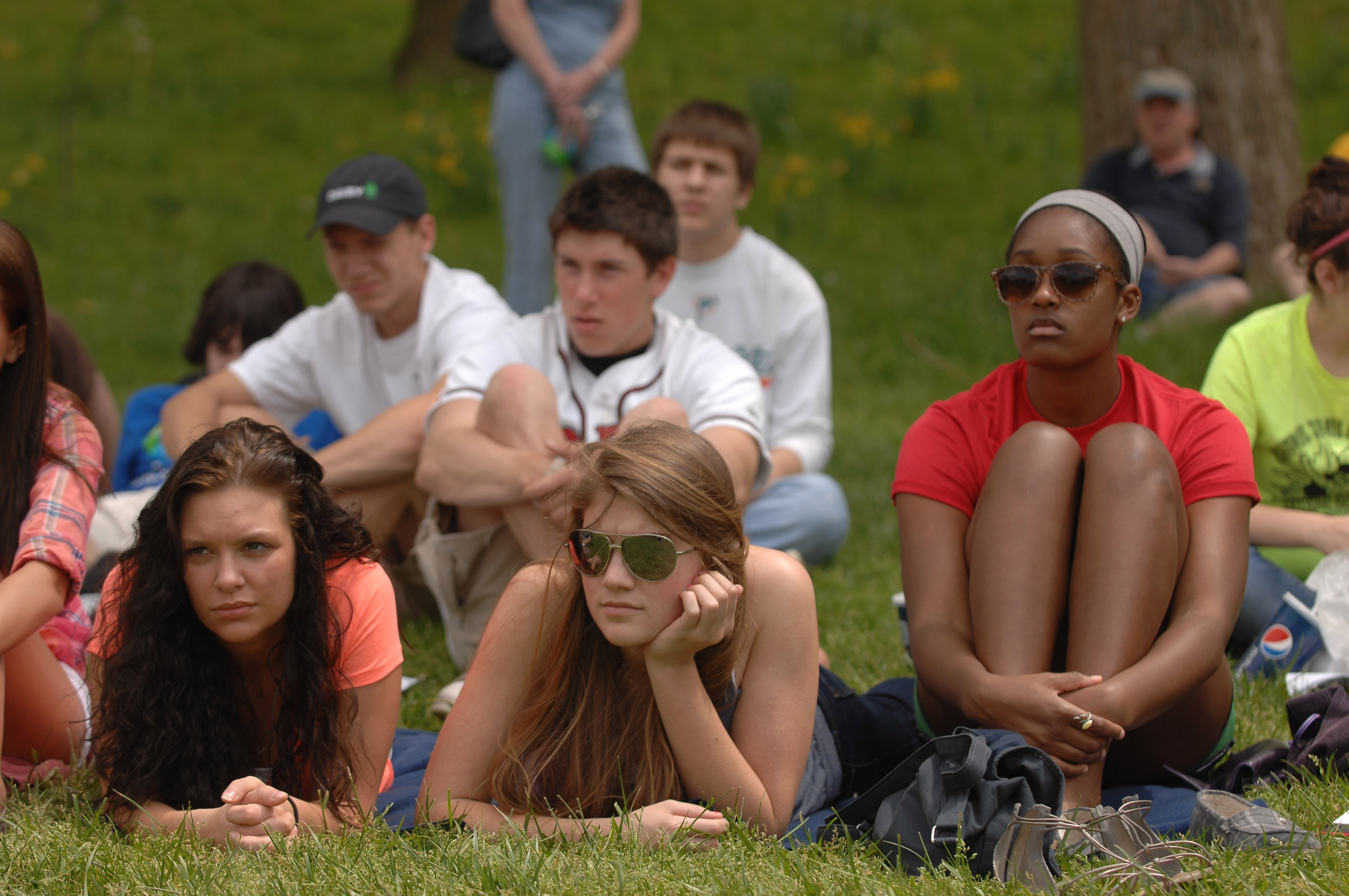 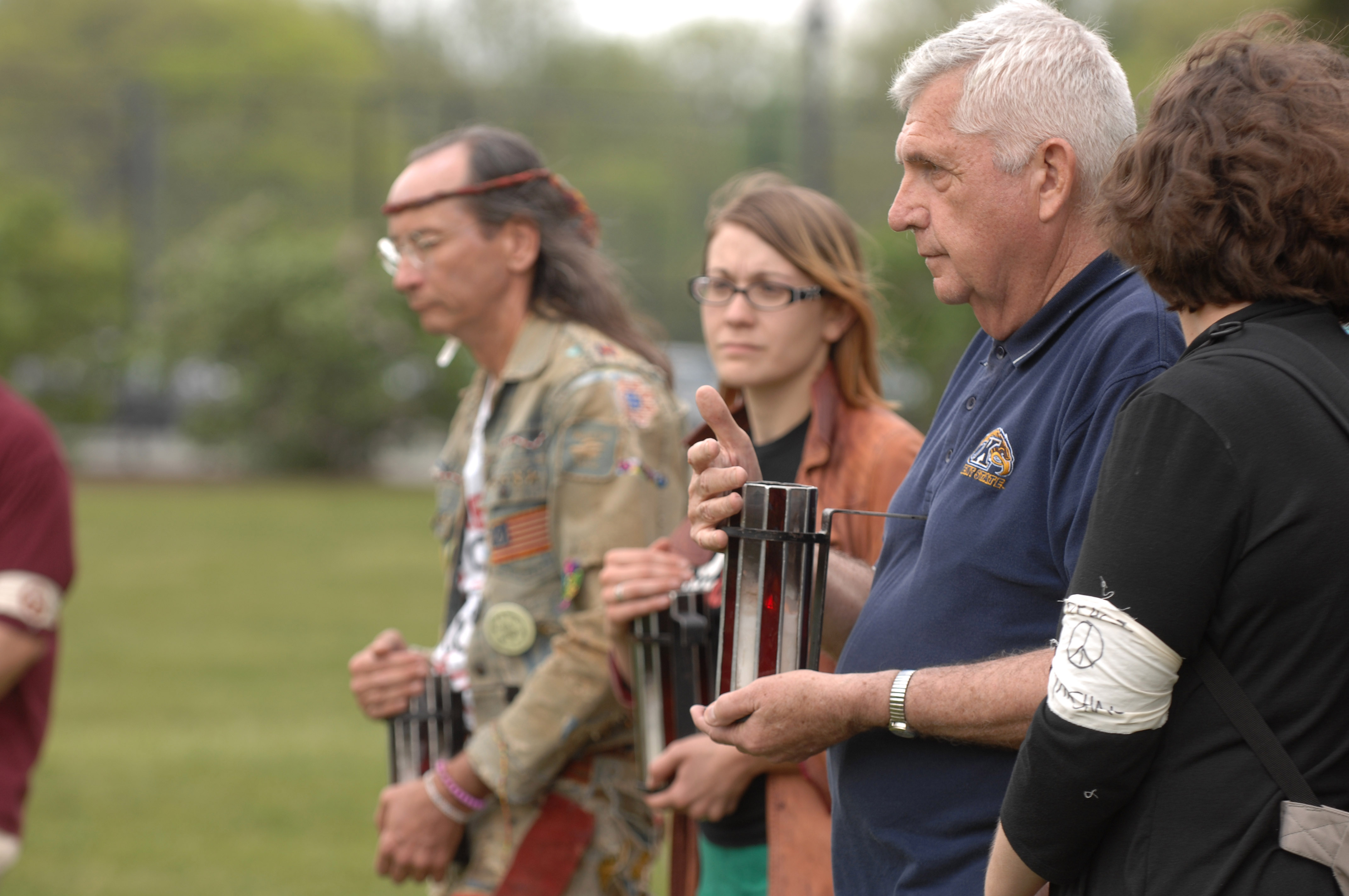 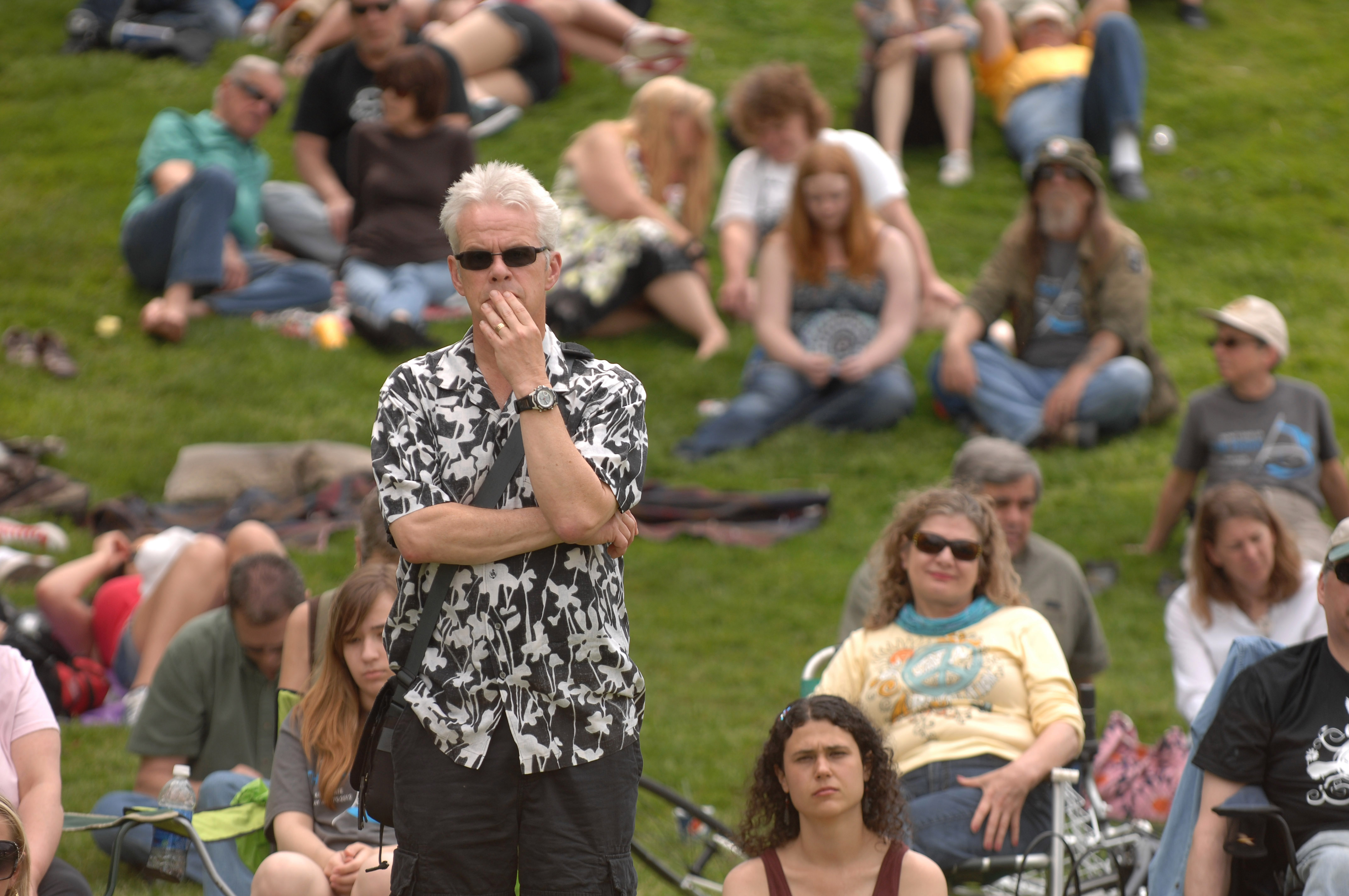 Kent State University marked its 42nd annual May 4, 1970, commemoration on May 3 and 4. The commemoration events were an opportunity for students and the community to gather and reflect on the tragedy and adapt the lessons learned to current events.

An activist forum, hosted by the May 4 Task Force student organization, was held Thursday, May 3, in the Kent Student Center Kiva. Panel speakers included Melba Beals of the “Little Rock Nine;” Sandy Rosen, lawyer for the students in 1977; Howie Emmer, activist activities; and Kent State anthropology professor Mark Seeman, of the May 4 historic site preservation.

The annual candlelight vigil started at the Victory Bell on the Kent State Commons on May 3. The walk looped the campus and paid tribute to those wounded and lost on May 4, 1970. Following the walk, people stood at the spots where the four students fell and held vigil until noon Friday when the commemoration events began at the Commons.

On Friday, May 4, a book signing of “Democratic Narrative, History, and Memory,” edited by Carole Barbato and Laura Davis, was held at the University Bookstore in the Kent Student Center. Barbato, who was a Kent State student in 1970, is a communication studies professor for Kent State University at East Liverpool. Davis, who was a freshman at Kent State when the May 4 events occurred, is an English professor and the university’s faculty coordinator for May 4 initiatives.

The commemoration event, also hosted by the May 4 Task Force, began at noon, May 4, on the Commons. The Kent Student Center Ballroom served as the rain location. This year’s commemoration theme was “Don’t Give Up the Fight!”

Friday’s itinerary also consisted of the Kent State chronology followed by the ringing of the Victory Bell and tributes to the four deceased students. Melanie Safka will perform the day’s music.

Each spring, Kent State inquires, learns and reflects on social, cultural and historical events through the annual Symposium on Democracy, held in commemoration of the events surrounding May 4, 1970. The symposium honors the memories of the four students — Allison Krause, Jeffrey Miller, Sandra Scheuer and William Schroeder — who lost their lives on that day, with an enduring dedication to scholarship that seeks to prevent violence and to promote democratic values and civil discourse. The university held the 13th annual Symposium on Democracy last week. In recognition of the 150th anniversary of the nation’s greatest conflict, this year’s theme was “Democracy and the American Civil War.”