As increasing numbers of college students seek treatment for mental health issues, higher education administrators at Kent State and across the country are searching for ways to offer effective help and trying to determine the reasons behind the escalation.

At the height of his battle with anxiety, Andrew Atkins would feel as if he were watching his life from the back seat of a car and all he could do was sit there.

“It is kind of like a 24/7 tension under the surface,” he says, recalling the sensation. “I am aware of my heart, like there is a fist in the center of it. It’s tight. I feel really disconnected.”

Mr. Atkins, 21, from Orwell, Ohio, thinks he suffered from low-grade anxiety for years, although he never identified his condition until he became a student at Kent State University.

The Honors College journalism major, who recently was a columnist for the Kent Stater and an intern at WKSU, believes his disorder has its roots in his parents’ divorce when he was in first grade—although it was never severe when he was younger, and he was always able to manage his feelings.

“In college, it came out in full force,” he says. Studies, work, financial concerns, maintaining a social life and building a résumé, along with family issues, combined to form a perfect storm of stress.

Mr. Atkins is one of an increasing number of college students across the country seeking treatment for anxiety and depression. 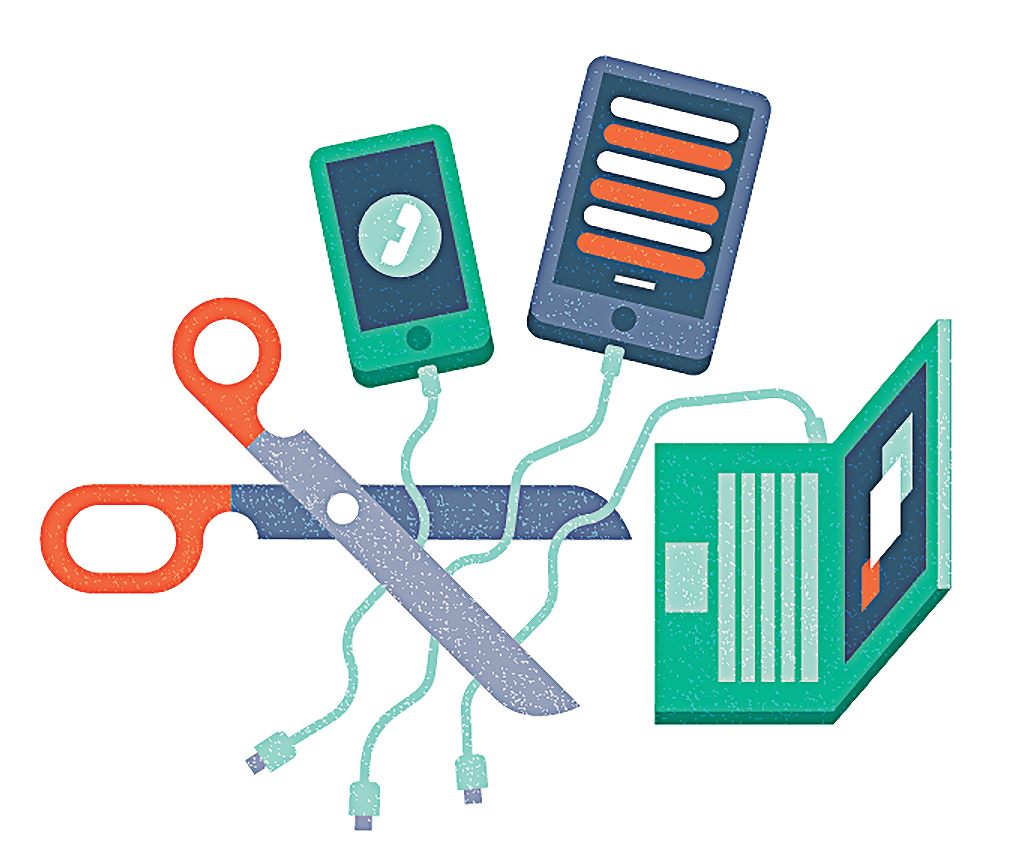 According to the 2016-2017 Healthy Minds Study, 31 percent of college students reported some form of depression, while 26 percent reported experiencing anxiety. The study is an annual web-based survey examining mental health and related issues among undergraduate and graduate students conducted by the Healthy Minds Network for Research on Adolescent and Young Adult Mental Health based at the University of Michigan.

Since 2007, Healthy Minds has surveyed more than 200,000 students at more than 180 colleges and universities across the country, including Kent State. A review of the past three Healthy Minds studies shows a steady increase in the number of students who are reporting depression and anxiety.

“There is definitely an upward trend and not just at our university but across the country,” says Melissa Celko, director of Kent State of Well-being in the Division of Student Affairs since 2017. “It’s an escalating issue.”’

The trend has university administrators across the country scrambling to keep up with the growing number of students seeking treatment, searching for ways to offer effective help and trying to determine the reasons behind the escalation.

The university hired eight new mental health counselors across Kent State’s eight-campus system in 2017. The  additional staff helped, Ms. Celko says, but was not a cure. “We can’t hire our way out of this trend, we must find ways to help our students cope and build resilience. We also need to share stories of our own struggles so students know that it may be tough now, but it will get better.”

The 2016-2017 Healthy Minds Study indicates that 41 percent of students reported undergoing some type of mental health counseling or therapy in their lifetime. Thirty-six percent of all students taking the survey had a formal diagnosis of a mental disorder, including depression, anxiety, eating disorder or substance abuse.

Jason Miller, PhD, director of the Counseling Center at the Kent Campus, says 32 percent of the students treated there have a prior diagnosis. Located in White Hall, the Counseling Center provides free mental health counseling, provided by masters and doctoral students as part of their training in the counselor education and supervision program.

The Counseling Center is one of three locations on the Kent Campus where students may obtain mental health counseling, along with the Psychological Clinic (which is staffed by graduate students majoring in psychology and housed in the Kent Annex) and Psychological Services (which is a department at University Health Services in the DeWeese Health Center).

The 2017-2018 academic year was the busiest ever recorded at the Counseling Center with 4,202 hours of service provided, Dr. Miller says. “By February we were at capacity.”

The center also referred about 100 students off campus for counseling. If that group had stayed and received the average 7.2 hours of counseling that most students do, the numbers for the year easily could have reached 5,000 hours, says Dr. Miller.

By comparison, during the 2006-2007 school year, the center offered 1,984 hours of counseling. “It has more than doubled in 10 years,” he says, adding that Psychological Services and the Psychological Clinic also experience a very high demand for services and often operate at capacity.

More than 80 percent of the students seeking treatment during 2017-2018 sought help for anxiety, while 61 percent named depression; the conditions often are overlapping, Dr. Miller says. “This isn’t stress over mid-terms. These are substantial mental health issues.” 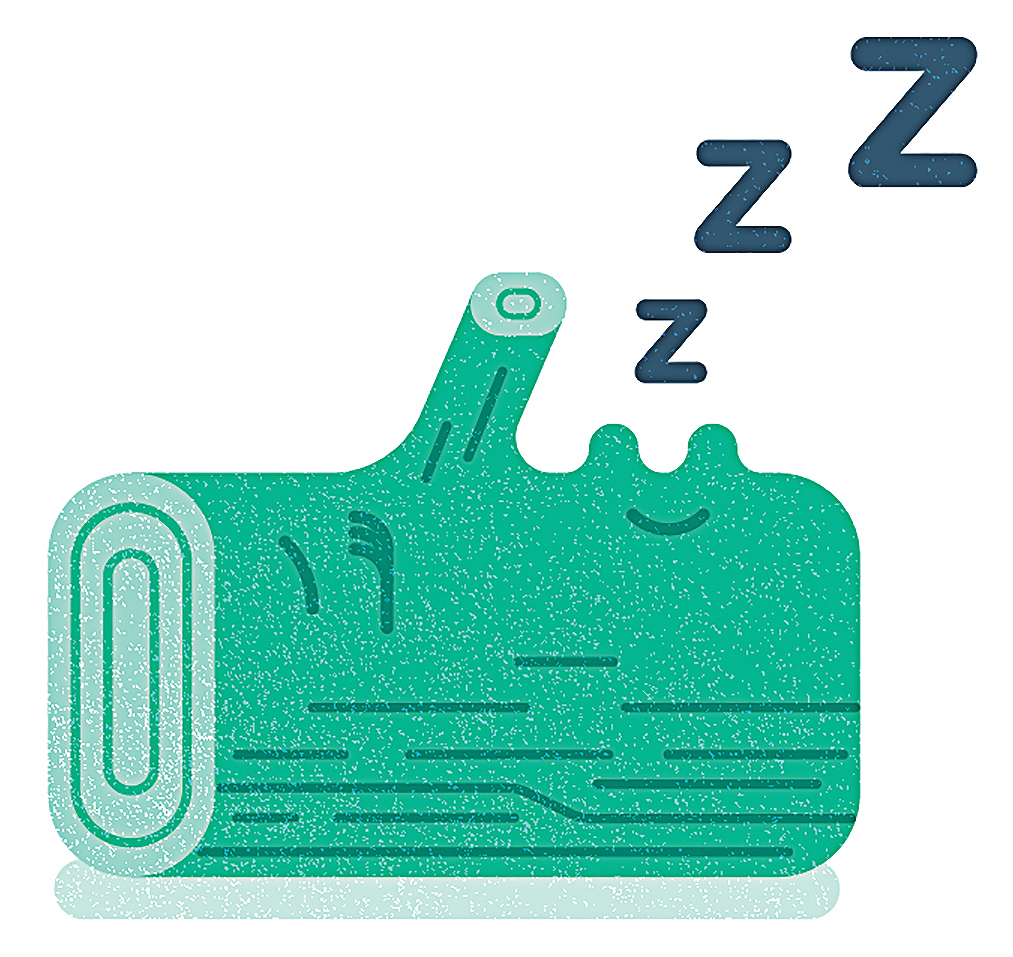 Antonina “Nina” Schubert, 19, from Mentor, Ohio, has been in treatment for various mental health disorders since she was in junior high. She has battled depression, anxiety and severe anorexia, which progressed to the point where she was suicidal in high school. After years of therapy and treatment, she is recovering and healthy.

A rising sophomore studying early childhood education at the Kent Campus, she has become an advocate for mental health awareness and suicide prevention. In the fall 2017 semester, Ms. Schubert founded the Nightingale Project, a student organization working to end the stigma of mental illness and to help her fellow students cope with mental struggles.

She received a “Courage Award” for her work in mental-health support from Ohio Governor John Kasich, who singled out her activism during his final State of the State address in March 2018.

Ms. Schubert traces her disorders to her father’s death from cancer when she was just nine years old. Bullying that she experienced in high school only deepened her ailments. While therapy was able to draw her out of the shadows that once consumed her life, she says she works every day to maintain her balance.

The struggles facing young people are real, she says, and include the desire to be perfect to please parents and the competition to measure up to get into college. “A lot of times we over-push ourselves,” says Ms. Schubert, noting that many students often do not realize how far they are taxing themselves until the stress builds up and they are overwhelmed. They forget to take care of their mental health and fail to give themselves needed breaks or “mental health days.”

“I also think social media definitely plays a big role,” she says. The false persona created on social media only contributes to others’ feelings of inadequacy, and the competition over who has more followers or more “likes” also can lead to feelings of low self-esteem. “Everyone posts what is going to make them look good,” she says. “My life is not like that.”

Not only social media, but the constant use of devices such as smartphones, tablets and laptops has increased anxiety and stress for everyone, according to Melissa Celko, Kent State of Well-being director.

The 24-hour contact culture breeds feelings of inadequacy, she says: “I must be missing out. I’m not doing enough. Someone else’s life is more perfect.” Plenty of young people even sleep with their phones, which can cause poor sleep quality or disrupted sleep—and also lead to feelings of anxiety and stress.

Ms. Celko, however, says an overarching problem is that many students come to college lacking basic coping skills. And parenting styles have shifted, she says. “Parents are concerned that if their kids don’t have every advantage, they’re not preparing them adequately for a very competitive marketplace in a global society.”

For some students, this added pressure can be catastrophic. It often translates into a fear of making mistakes and not knowing how to overcome failure when it happens, she says. Teaching students the skills to deal with life’s failures goes a long way in the battle against anxiety. 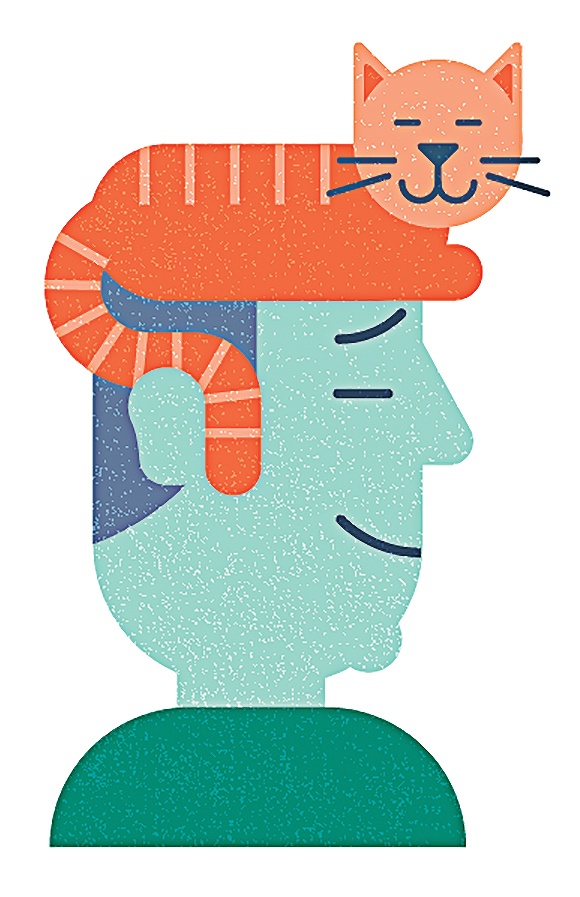 Jennifer Kulics, MA ’98, PhD ’06, associate vice president of student affairs at Kent State—who oversees the Kent State of Well-being initiative and serves as chair of the committee focusing on the mental health priority—says many students need additional resources and support to improve their ability to cope with failure and  grief.  “Some students don’t require clinical support, but they need tools, resources, community and campus support and programs to build that toolbox of resilience.”

College poses many new issues, which pile on top of the multi-layered challenges students already face, ranging from home-life struggles to financial concerns, she says. “They start this [college] journey with a lot of pressure before it’s even begun.”

Andrew Atkins, for example, graduated from Grand Valley High School in 2015 with college credits already earned and expects to graduate from Kent State in August 2018—nearly a year early.

His struggles in college began when he was a freshman. “I was shy and introverted coming into college. I forced myself to be more open and outgoing or I knew I was never going to make it,” he says. “You are not going to get a job without a résumé that is super full.”

As his workload increased, so did his anxiety; he believes it is the same for many students. “It’s institutionalized,” he says, noting the over-achieving lifestyle that most students are juggling.

Mental health has risen to the top of the priorities for Kent State of Well-being, Dr. Kulics says. As a result, Kent State has taken a variety of paths to lead students toward positive mental health.

Now that the university has mental health practitioners serving students within its eight campus system, the clinicians meet regularly to talk about the issues students are facing and, most important, to discuss the trends that emerge. “We aren’t just deciding what our students need,” Dr. Kulics says. “We are hearing from students what their needs are.”

A key goal of the university’s mental health mission is to prevent suicides, she says. Kent State is in the middle of a multi-year partnership with the JED Foundation, a nonprofit that specializes in emotional health and suicide prevention among teens making the transition to adulthood.

The foundation has taken an active role in assessing the mental health services offered by Kent State, looking for gaps and making recommendations about how to improve services, including policy, programs and staffing changes.

Ms. Celko says the Kent Campus also is trying to re-establish its chapter of Active Minds, a national nonprofit organization that operates on college campuses to support mental health awareness and education for students.

The organization honored Kent State in May with its Active Minds Healthy Campus Award, which recognizes schools that are taking a campus-wide, public health approach to promoting the physical and mental well-being of students.

In addition, the university administration recently instituted a brief fall break for the 2018-2019 school year, with the goal of providing a mid-semester respite for students, particularly freshmen who may be away from home for the first time. 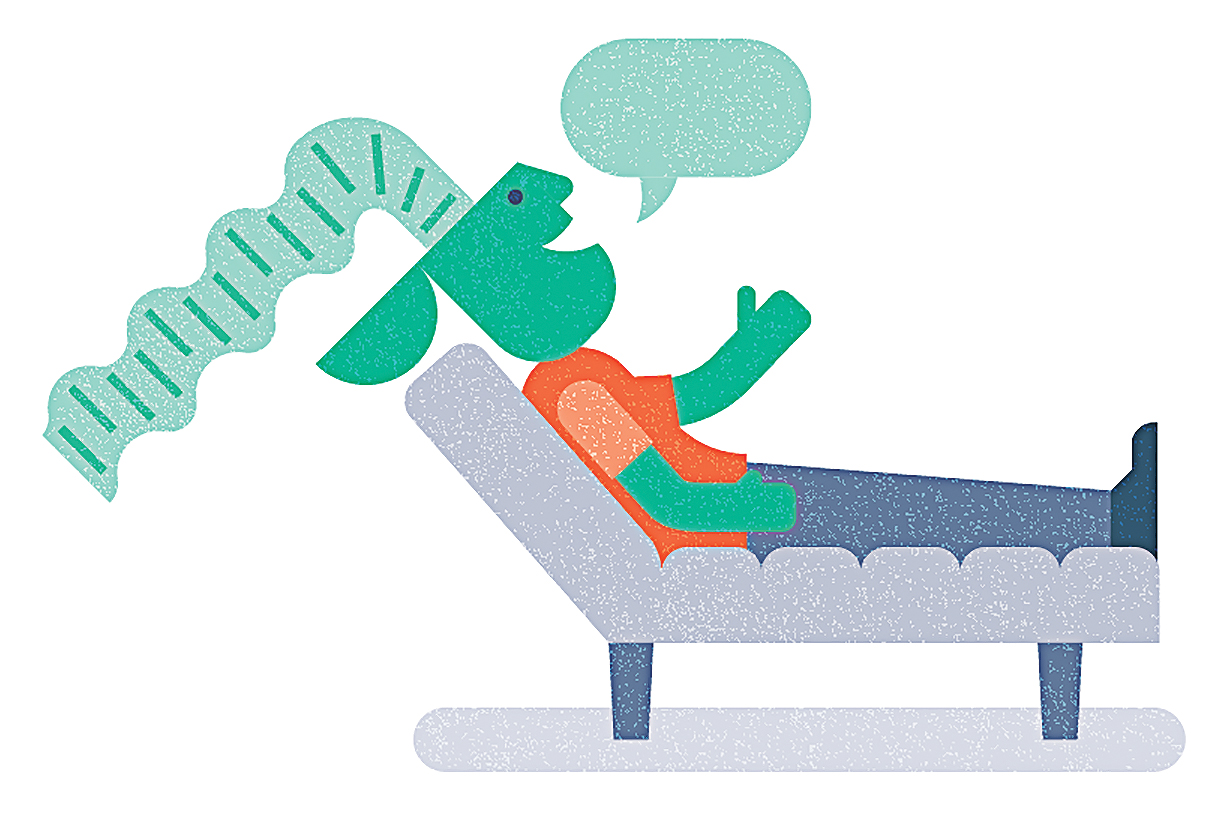 For Andrew Atkins, seeking counseling  on campus worked. First he took advantage of the free services offered at the Counseling Center, then eventually he met with a psychologist at Psychological  Services in the DeWeese Health Center.

He took medication for a time and although it worked for a while, he recently has weaned off the drugs and prefers counseling to medication.

In his experience, medication was like training wheels, something that kept him steady while he was working through counseling to develop coping skills. However, he notes that the need for medication may be ongoing for those with more severe mental health issues. And he encourages anyone who thinks they might need help or counseling to seek it out soon.

As he embarks on back-to-back internships at newspapers, with graduation in between, Mr. Atkins’ outlook is positive and he is excited about a future where he can pursue his passion to work as a journalist. “I’m finally happy again.”

If you or someone you know needs help, take one of the following actions: