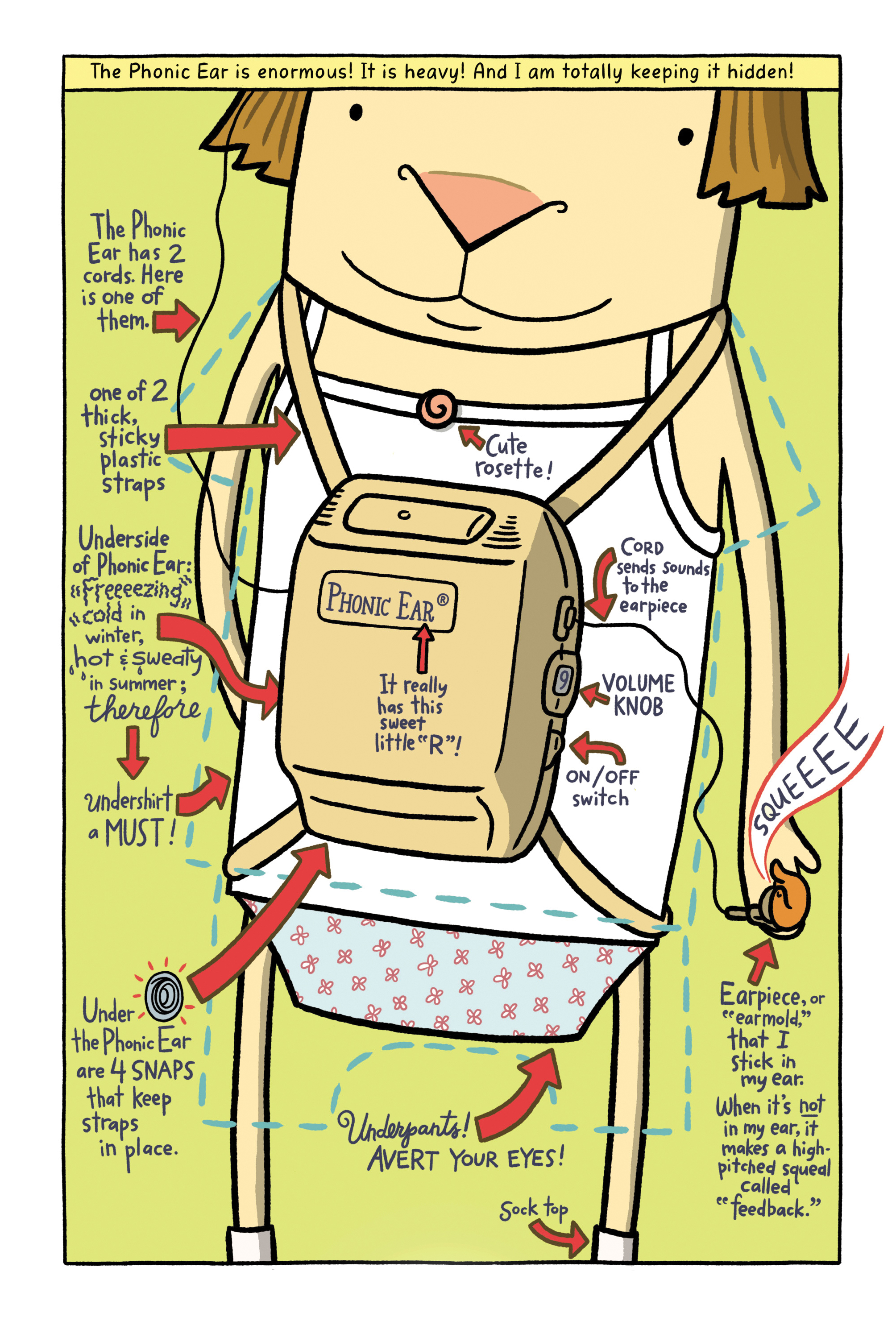 Although the main character in the graphic novel El Deafo is a cartoon rabbit with long ears and a bob haircut, the book is really a condensed account of Cece Bell’s experience of growing up hearing impaired. 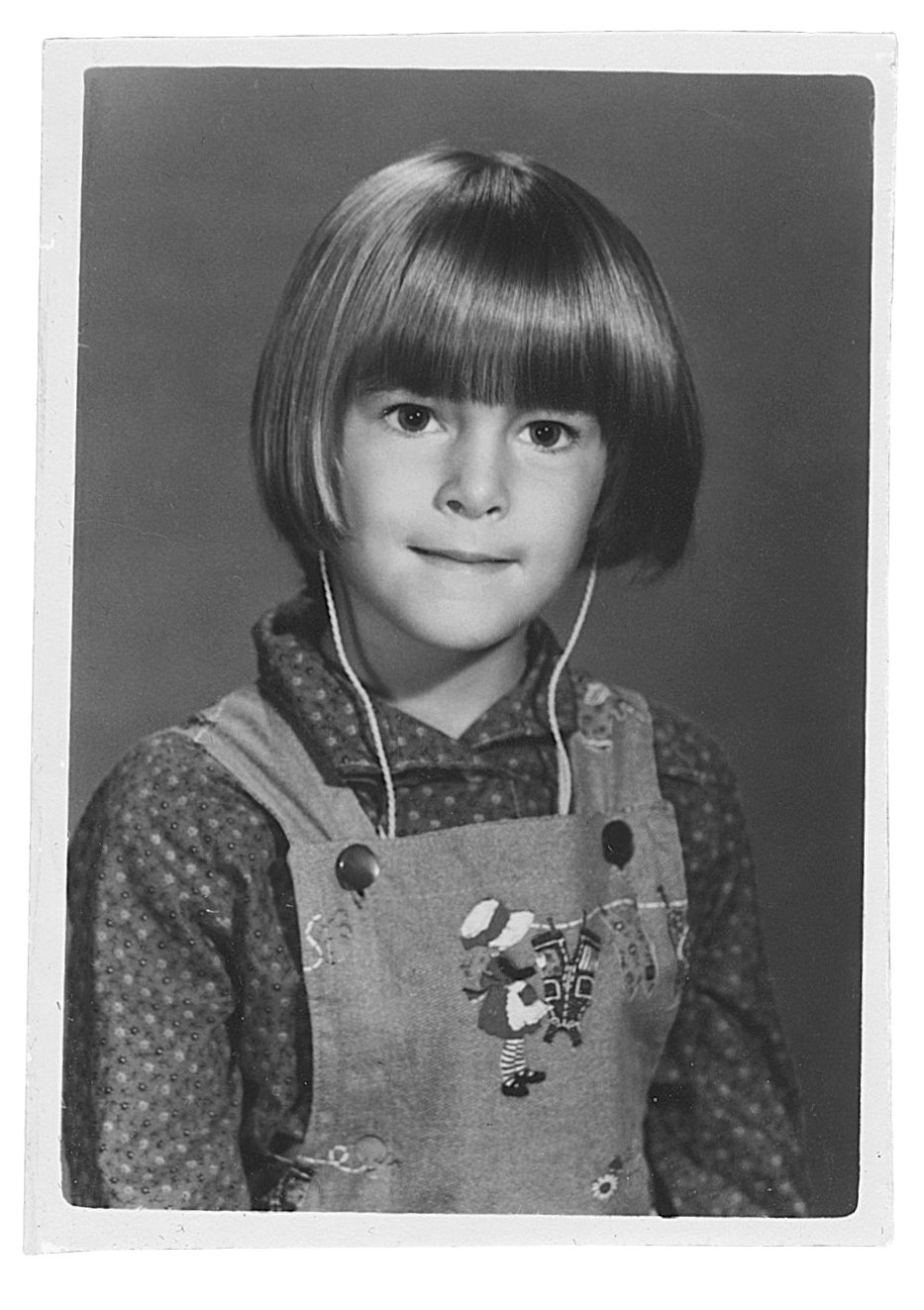 Bell, who is a 1998 graduate of the Master of Arts program at Kent State’s School of Visual Communication Design, has written and illustrated more than a dozen children’s books.

Her most personal book, El Deafo (Amulet Books, 2014), is a New York Times best seller and won a Newbery Honor Award from the American Library Association in February 2015. It’s only the second graphic novel to receive such an honor.

Here are a dozen other facts about Cece Bell:

1. She lost most of her hearing at age four and a half after contracting meningitis. Her parents didn’t realize she couldn’t hear until several days after she returned home from the hospital.

2. She’s an excellent lip reader. (As long as you don’t have a mustache or beard.) Since she already had four years of hearing and had developed speech, her parents decided not to enroll her in schools for the deaf or sign language.

3. It took her years before she felt ready to write about her childhood. “I finally came to a place in my life when I could say, ‘Okay, I’m deaf!’ I had tried to keep it hidden for so long. . . . My hearing loss was quite traumatic and adjusting to the hearing aid in school caused me so much embarrassment that the memories and feelings from that period of my life were easy to get to.”

4. The Phonic Ear she wore as a child isn’t as large as it appears in her drawings. It’s actually 3 inches wide x 4 inches tall, but to young Cece, who wore it strapped on her chest (hid under the bib of her overalls), it felt huge. (See image above.)

5. She was aiming for emotional truth over literal truth. “I wanted to show readers how it felt to be the only deaf kid in the school, and what it sounded like, too. I also wanted to tell an entertaining story. So I had to slightly readjust my personal time line and make a few composites of the people I knew. Otherwise it would have been confusing and you’d be asleep by page 21.”

6. She had never written a graphic novel before. She worked on it for about five years, along with other projects. “I don’t know how graphic novelists make more than one in their lifetime!” The comic-book approach helped her tell the story. In several scenes a character’s speech balloon is empty or filled with gibberish. “It’s the perfect visual way to show how a hard-of-hearing or deaf person might or might not be hearing.”

7. She’s not really a rabbit. In El Deafo, she made her characters rabbits because they have giant ears and are good at hearing. “It was sort of a visual metaphor to show how I was feeling . . . like the one rabbit whose big ears didn’t work. So that’s why everyone became a rabbit. And rabbits are cute.”

8. El Deafo was her nickname for herself. She didn’t share it with anyone, though, during her younger years. Someone had told her about an ABC Afterschool Special episode in which one kid calls a deaf kid “Deafo.” “I thought it was funny at first. Then it made me mad. I thought: I’ll call myself that so if anyone says it to me, I’ll be ready! It did help.”

9. Her graphic memoir has resonated with many hearing-impaired children and adults. As she notes in the book’s afterword, there’s a spectrum of deafness and every deaf person’s experience and approach is different. Still, she says, “One of the biggest thrills for me since the book came out has been finding folks who are a lot like me. It’s the best.”

10. She’s married to another successful children’s book author. She met her future husband, Tom Angleberger — whose books include the Origami Yoda series (Harry N. Abrams) and Crankee Doodle (Clarion Books, 2013), illustrated by Cece Bell — at the College of William and Mary, where they both majored in art. They live in Virginia and have two sons.

11. She named one of her characters after her teacher and mentor at Kent State. The main character, Jerry Bee, in her book Bee-Wigged (Candlewick Press, 2008) was named after Jerry Kalback, Professor Emeritus of Visual Communication Design. “It’s still my favorite of all the books I’ve done.” She read from it when she returned to the Kent Campus in March 2009 to teach a workshop.

12. Her most recent book is about a donkey and a yam. “It’s called I Yam a Donkey (Clarion Books, 2015), and the premise is: A donkey and a yam get into a big argument about grammar.
There ya go. In some ways, it’s closer to how I actually am as a person today: playing for the yuk-yuks, not worrying about the deafness so much.” 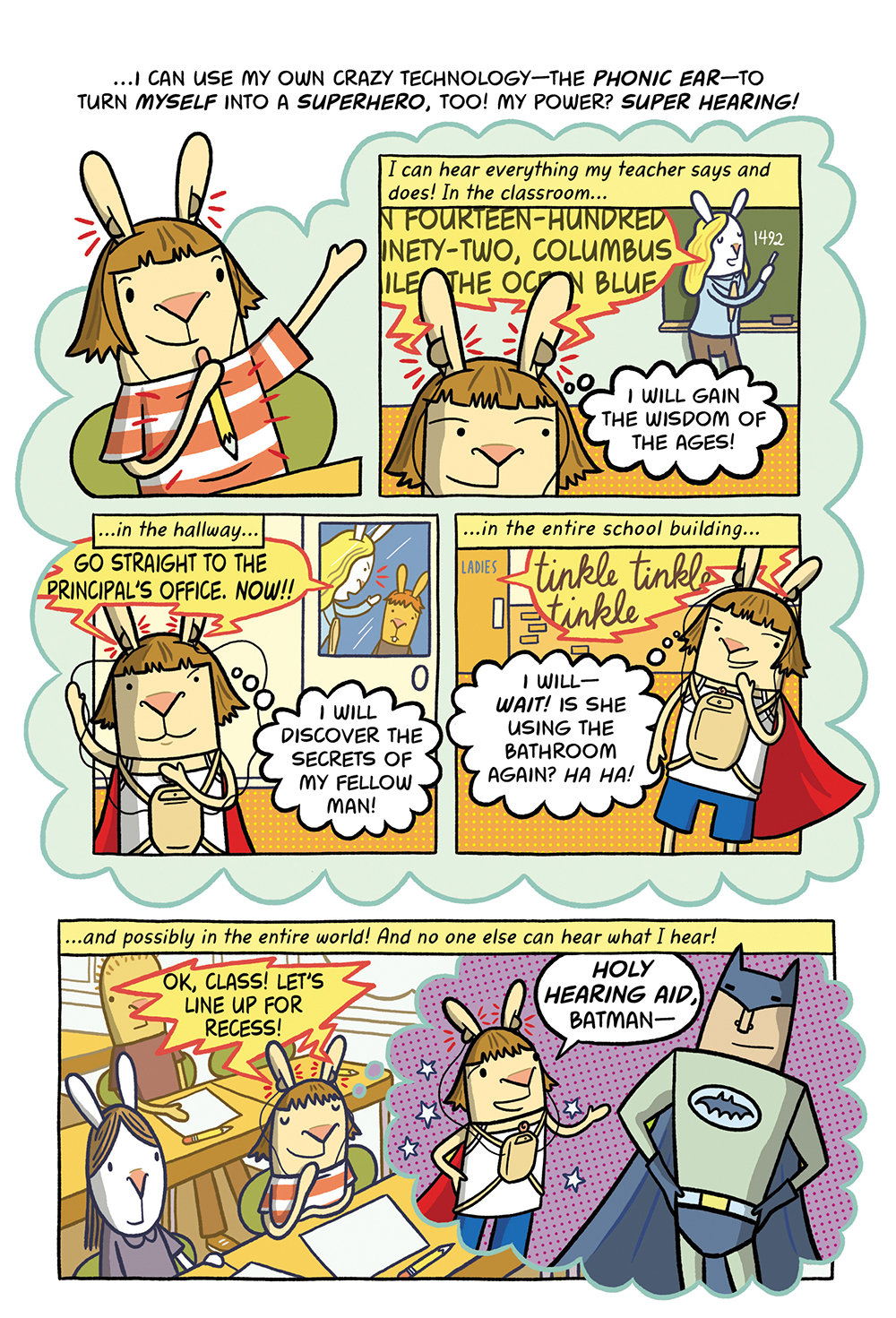 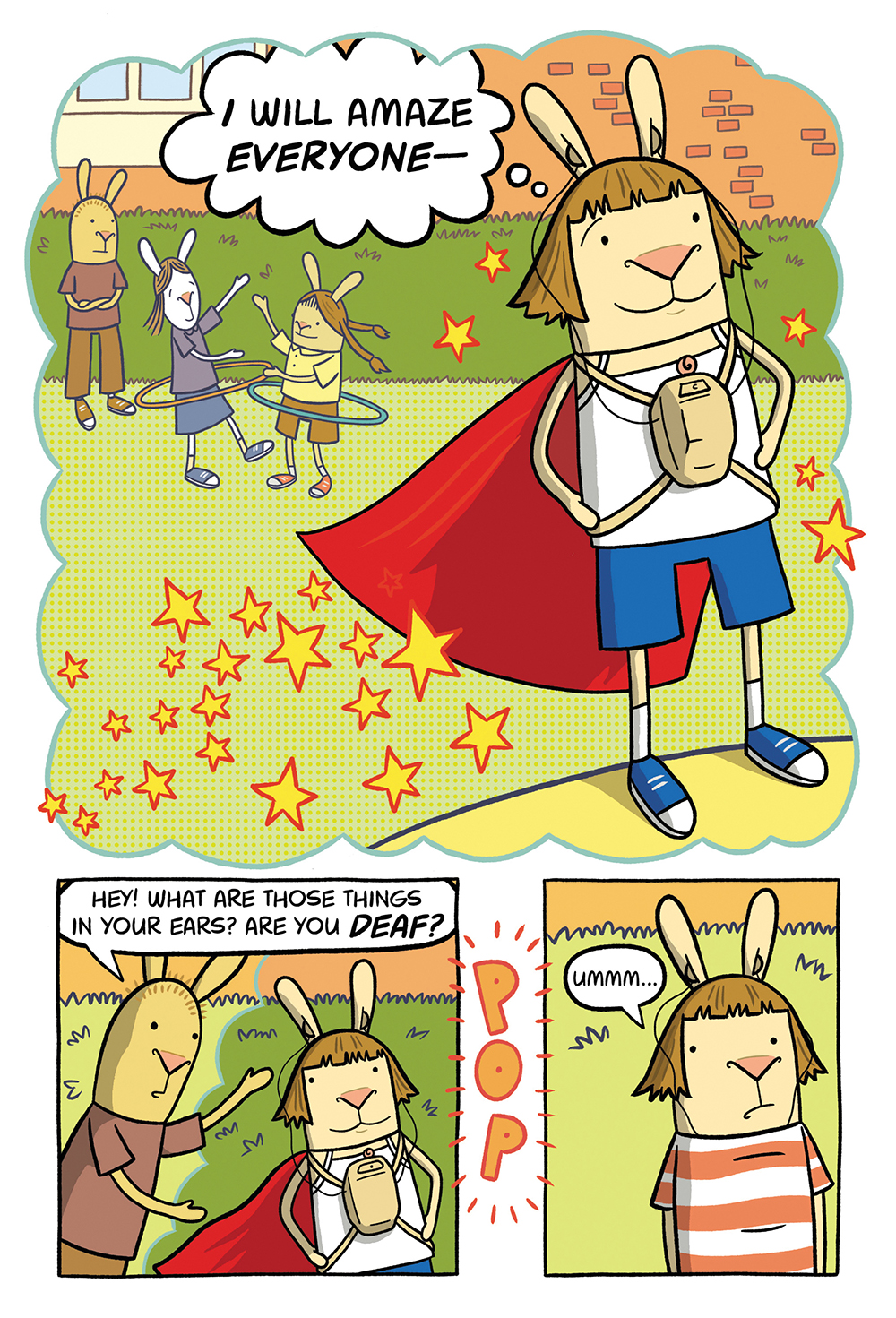 When Cece Bell returned to campus in March 2009 to teach a workshop to students interested in illustration, she read from Bee-Wigged: