Live Chat
A climber scales the indoor bouldering wall at the Rock Mill in Akron. Photo by Ilenia Pezzaniti BA ’14

Nathan and Liz Yokum, co-founders of Rock Mill Climbing and Rock Candy Holds, are entrepreneurs who are making it to the top of the indoor climbing industry.

What led an art education major and a graphic designer to start an indoor rock climbing gym/yoga/fitness studio just outside of downtown Akron? The short answer: To serve a community of local climbers they’d joined and fostered as they grew a company that has become one of the nation’s highest ranked for climbing holds (those colorful bumps that allow you to scale a climbing wall).

Rock Candy Holds, based in Akron, is known worldwide for their high-quality, colorful, finger-friendly holds, with more than 1,000 shapes in their product line.

Co-founder Nathan Yokum, BA ’06, still sculpts and forms the shapes in his workshop inside the Rock Mill, a 12,000-square-foot indoor climbing, yoga and fitness facility (which also functions as a showroom for Rock Candy products) that he opened with his wife, Liz Yokum, BGS ’11, in 2016.

The couple met at the indoor climbing wall in the Student Recreation and Wellness Center on the Kent Campus in 2005. He had been climbing for four or five years by then, and she was just starting.

While indoor climbing walls are still a great introduction for beginners, back then serious sport climbers used them as practice for the real rock formations they encounter in the wilds of Northeast Ohio. Now, indoor climbing (or bouldering) is its own sport, even though there’s plenty of crossover, and the people who do it are passionate.

That’s in part because of the community that has formed around climbing. The competition is internal—you’re not trying to beat anyone but your own best effort—and support comes freely from the friends (and strangers) who climb with you. So in 2006, when the couple built a climbing wall in the garage of a house they were renting in Kent, they opened it up to friends.

They quickly realized that climbing holds can be expensive. An art education student, Nathan Yokum figured he could make his own. But to keep his costs down, he had to order enough materials to create more holds than he needed. So, to pay for this new hobby, the Yokums started selling the holds to area gyms and friends who had climbing walls of their own.

“It’s sort of a hobby that got out of control,” he says. The hobby expanded into a fulltime business in 2008, after he was downsized from the position he held at First Glance youth center in Akron, a casualty of the recession, and his wife, who was working as a lead web presence analyst at Kent State, got pregnant. They looked at their situation, sized up their future and went all-in on Rock Candy.

For a while, the Yokums operated a climbing wall co-op in Kenmore, where their climbing community could test the holds on one side of the space while Nathan Yokum made more holds on the other side. When the business grew too big, they had to choose between keeping the climbing wall or using the space to accommodate their growing enterprise. They went with the extra space, but knew that one day they would open another gym.

Climbing teaches you that your best effort is the competition you're trying to topple.

In the meantime, Liz Yokum says they learned to think differently about how they ran the business. For most of Rock Candy’s early years, their decisions were reactive or made spontaneously. It had worked out for them, in general, but she knew they could do more if they planned better, directed their growth more intelligently and improved their cash flow. So they tinkered with the business the way Nathan Yokum does with each hold, crafting and sculpting it into a better form.

Rock Candy continued to grow, even as their family grew with the addition of another baby boy, but their itch to open another climbing facility—to work among their community again—kept nagging at them. Over four years’ time, they won a business plan writing competition, sought out partners and had a few false starts. 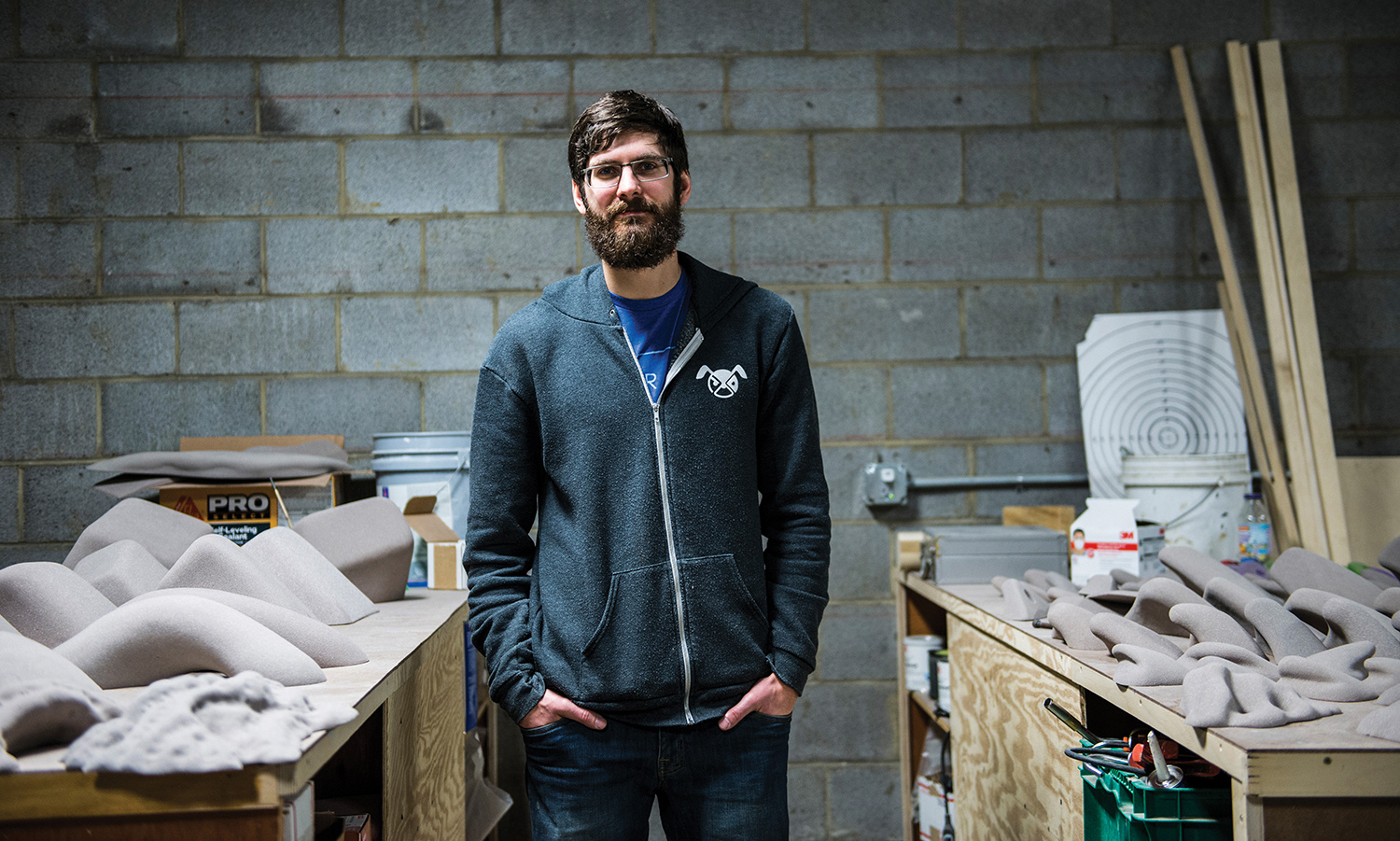 “It’s been a challenge trying to balance work, balance family, balance life,” Nathan Yokum says. “But it’s also been fun because there hasn’t been a day where I say, ‘Oh, man, I wish I were someplace else.’ ”

Having learned from other indoor climbing gyms that plans can evaporate in a flash, they were careful about when and how they announced their opening. That proved wise because, even after they found the right building and lined up the right partner, there were road-bumps, including  budget overruns on construction.

Such challenges gave them another opportunity to put the mindset they had developed as climbers to work as entrepreneurs. When you’ve practiced your resilience by clinging to the face of a rock cliff without a net, you have a little easier time overcoming the obstacles you encounter as a small business owner. Climbing teaches you that your best effort is the competition you’re trying to topple.

For the Yokums, always trying to improve means being responsive to the growing community of climbers, both new and experienced, that come to Rock Mill. That’s why their bouldering gym also offers a weight room and yoga classes on site.

Climbers at Rock Mill can get a well-rounded workout, and it’s the kind of place where friends can set aside a couple hours to take a yoga class and then get in a climbing session, socializing the whole time. The company also sponsors local competitions, clean-up projects and benefits in the Akron area.

And that’s where Rock Mill’s strength lies: Its attention to community. 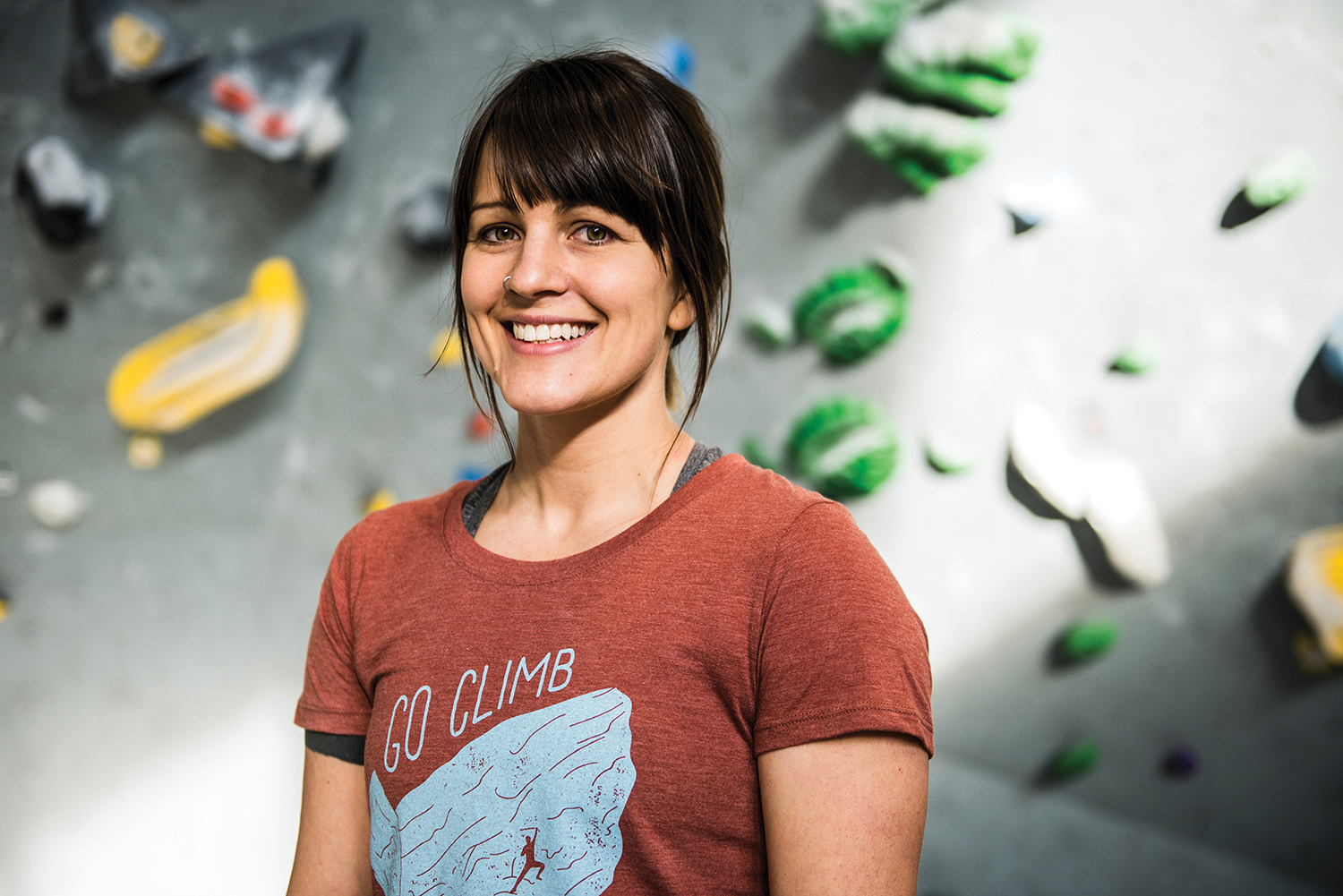 “There were times we wanted to give up along the path of opening Rock Mill,” Liz Yokum says, “so maybe the climbing metaphor applies — you’ve got to change the angle a bit, try breathing a bit more, try pushing a bit harder — 'try harder,’ as Nathan likes to say when he’s climbing. We did that with Rock Mill.”

Adapted from an article that first appeared in The Devil Strip, April 4, 2017.

The Akro-preneurs: Climbing the walls with Nathan and Liz at Rock Mill gym

How the holds are made