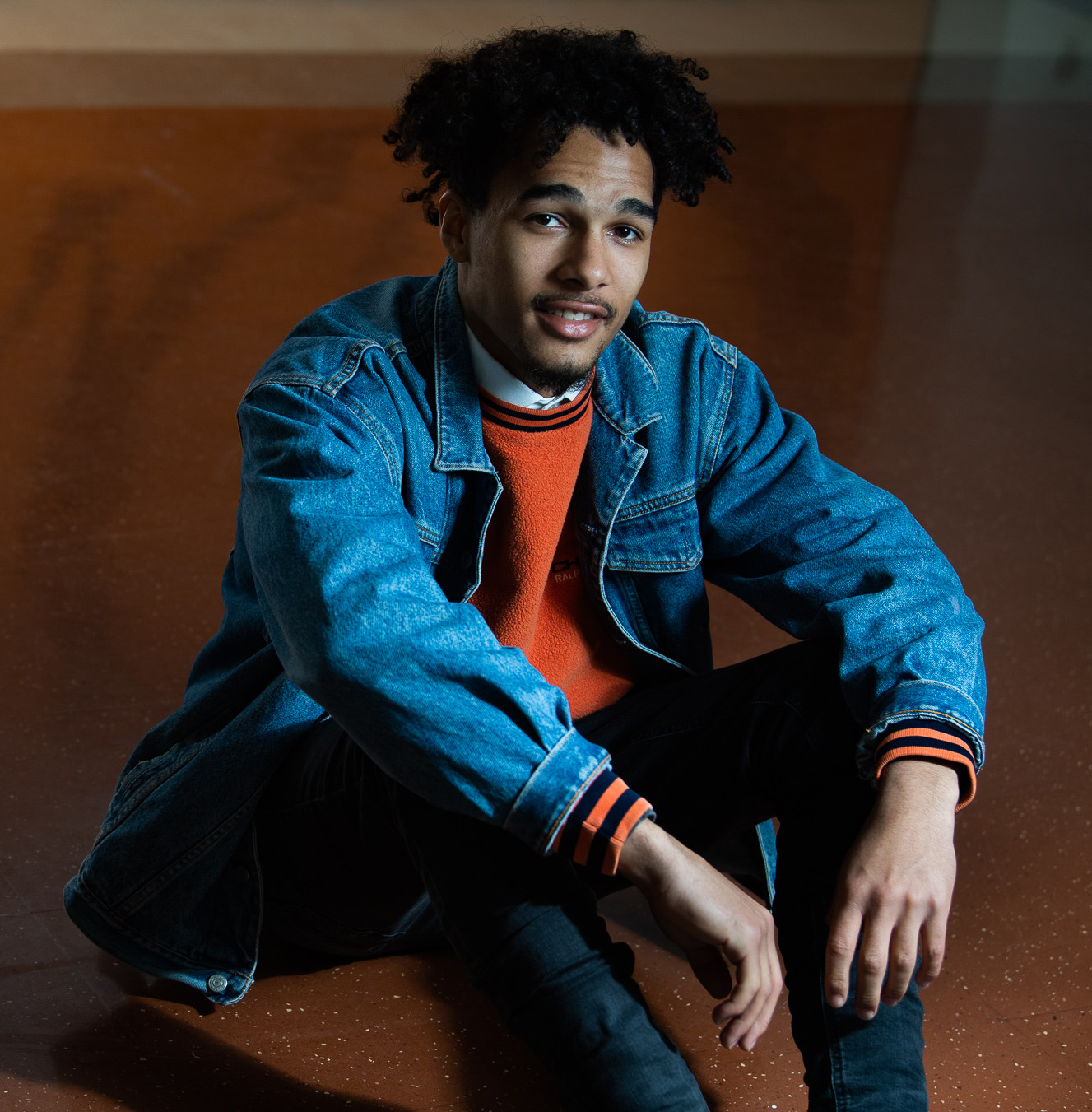 Becoming a scholar and Storyteller

Until recently, Aidan Taylor, a junior at the Kent Campus, was unsure about his career aspirations. So how did he transform himself into a scholar whose undergraduate research presentation garnered a first-place finish?

Taylor says the transformation took focus, a passion for Pan-African studies, and mentors and professors who inspired him to apply for Kent State’s Summer Undergraduate Research Experience (SURE).

During SURE’s 2019 summer session, Taylor, a digital media production major, connected with Amoaba Gooden, PhD, chair of Kent State’s Department of Pan-African Studies, to assist in her research for a documentary project. Taylor researched the role black students at Kent State played in the anti-war, black power and civil rights movements prior to and after May 4, 1970.

He was among more than 50 SURE student fellows who each had three minutes to present their findings before faculty, staff and peers last October.

“I had never presented research, so I was nervous and ready to get it over with,” says Taylor, who showed slides and talked about his research project. “I was taken by surprise when I won first place. The experience showed me that what I’m doing matters, that people care about research in the humanities and that my voice has power.”

Taylor’s SURE project is part of a documentary, Advocacy, Resiliency and Black Liberation, an Oral History, being produced by Dr. Gooden, who says he came to the project equipped with a profound curiosity, which pushed him to ask detailed questions that advanced the research.

“This curiosity, coupled with his passion for learning and understanding the complexity and nuance of black life, makes him an ideal candidate for graduate school,” she says. “I have no doubt that he will fulfill his dream of capturing various narratives of the African American experience through film.”

Initially, Taylor began his SURE project by looking at the role of Kent State’s black students during the May 4 protests and shootings. However, as he examined photographs from that day, one thing became apparent—very few, if any, black students took part in the protests.

“I found out that Kent State’s Black United Students [BUS] told black students to stay away from the May 4 protest,” says Taylor, who interviewed a couple of BUS members who had been on campus at the time. The black students were aware of the Orangeburg Massacre of 1968, one of the most violent events of the civil rights movement.

On the evening of Feb. 8, 1968, four years after the passage of the Civil Rights Act of 1964, highway patrolmen in Orangeburg, SC, opened fire on about 200 unarmed black students at South Carolina State University who were protesting racial segregation. Three young men were shot and killed and 28 people were wounded.

BUS members knew that the Ohio National Guard soldiers called to the Kent Campus during the May protests were likely carrying guns loaded with bullets not blanks.

As Taylor expanded his research into the decades leading up to May 4, he noted Oscar Ritchie’s appointment as a full-time faculty member at Kent State in 1947, making him the first African American to serve on the faculty of any predominantly white university in Ohio.

He also examined events that preceded the founding of BUS in April 1968, and the student organization’s mass walkout to protest the presence of recruiters from the Oakland, Calif., police force on campus in November 1968.

Their activism resulted in the creation of the Institute for African American Affairs (IAAA) in 1969, the Center of Pan-African Culture (CPAC) in 1970 and the Department of Pan-African Studies in 1976. And it galvanized student activism nationwide.

“I wanted to emphasize how black students democratized Kent State and campuses around the world,” says Taylor. “We were one of the first places in Ohio to get a Black Studies program. I also wanted to highlight what our black students did with the anti-war and black power equity movements that spread to other campuses. Campuses such as Columbia and UC Berkley looked to Kent State to see what we did and how we affected change.”

“I wanted to emphasize how black students democratized Kent State and campuses around the world.”

Taylor, a native of Cincinnati, attended the city’s School for Creative and Performing Arts, and developed an interest in fashion. While in high school, he read a book by political activist and author Angela Davis, which piqued his interest in African American history. But when he enrolled at Kent State, his initial goal was to break into the fashion industry.

Living at the Kent Campus the summer before his freshman year, Taylor took two college-credit courses, participated in STARS activities and met African American professors and mentors. And he began to think about black history in a way he hadn’t before.

“Growing up, I didn’t know that people studied African history,” says Taylor. His mother, who is white, had prepared him for what he might encounter as a young biracial man, and his father, who is black, had instilled in him a work ethic— but Taylor hadn’t thought deeply about his cultural heritage.

“When I started learning more about black history, it changed my view on life and my place in the world and academia,” he says. After completing the SURE program, he added Pan-African studies as a second major.

Taylor serves as a LEAD (Leading by Example as an Advocate for Diversity) Ambassador, a program created by Kent State’s Academic Diversity Outreach in University College to help minority students navigate their college experience.

He is also president and founder of Collective, a student organization he created to connect artists across the Kent Campus and help them collaborate to bring their visions to life.

Now he is working on an independent documentary, Black Images, Black Voices, which examines how African Americans are represented in the media and how they see themselves in the world.

Recently, his presentation on the documentary project earned him second place in the 2nd annual Student Media FlashLab Innovation Pitch Contest. The $300 prize money will help him fund his plans for producing a two-hour documentary. Each winning idea will also share up to $10,000 from the Student Media Innovation Fund in order to launch, test and maintain their ideas in coming months.

Taylor hopes to travel the East Coast to explore how different populations of black people feel about where they’re at in life.

Through his participation in Academic STARS, SURE, LEAD, and Student Media programs, Taylor acknowledges that Kent State has opened doors for him to do meaningful work and impact society.

“It feels good to have my university back me up,” says Taylor, who plans to attend graduate school and teach film someday. “Kent State has brought me a lot of good things in terms of preparing me for my career.”