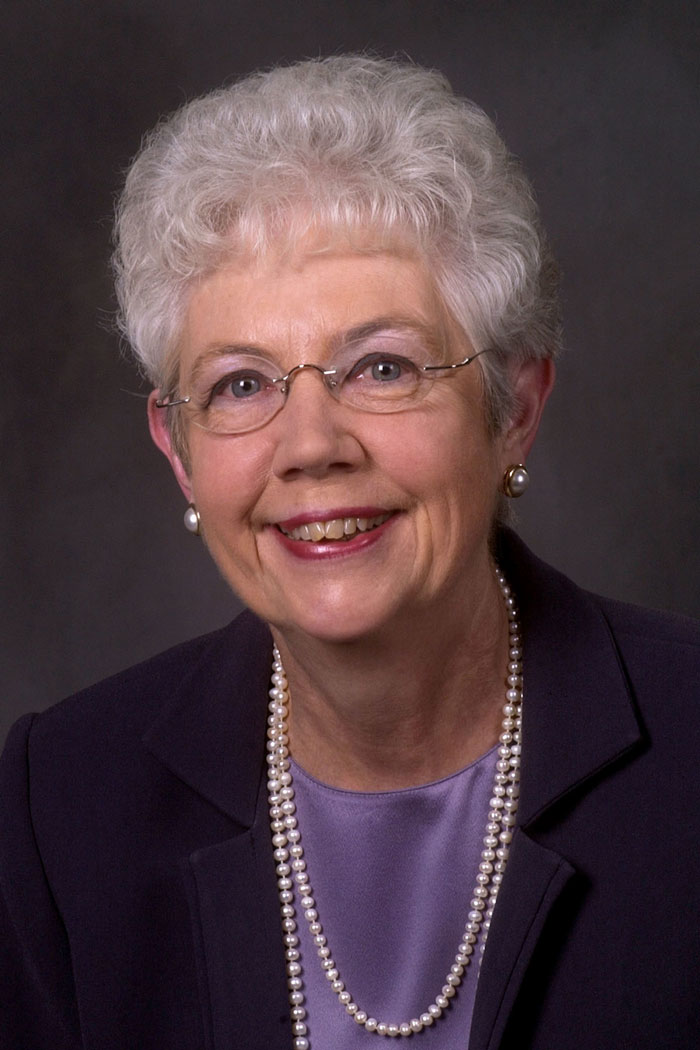 Before coming to Kent State, she was vice chancellor for academic affairs and professor of human development at the University of California at Davis and dean for undergraduate programs and vice provost at Penn State. She served as a member of the Penn State faculty in the College of Education from 1967 to 1988, where she led a variety of research projects and authored numerous books, professional publications and technical reports.

As an advocate of professional development and personal growth initiatives for women, she called for the development of a women’s center on the Kent Campus; it was established in 1996. She also fought to eliminate gender inequities among Kent State sports teams.

She served on the national board of the First Ladies' Library, the executive board of the National Council for Accreditation of Teacher Education and was involved with the American Council on Education Commission on Women in Higher Education.

Because of her contributions to higher education, Cartwright was inducted into the Ohio Women’s Hall of Fame in 1996, her first year of eligibility. The induction highlighted the themes of her presidency: “redefining scholarships to embrace the entire spectrum of activities involved in teaching and research and dedicating the university to cultural diversity.”

During her time at Kent State from 1991 to 2006, she was well known for her innovative teaching and leadership skills, as well as her commitment to supporting diversity and strengthening the relationship between the university and the city of Kent.

She was well known for her innovative teaching and leadership skills, as well as her commitment to supporting diversity and strengthening the relationship between the university and the city of Kent.

She was instrumental in building one of the finest programs in the nation to help GED candidates advance to pursue college degrees. Under her leadership, access and scholarship support for students became Kent State’s top priority, the status of teaching and public service was elevated and academic programs were implemented in a wide range of high-demand and emerging fields, including those in liquid crystal technology.

Cartwright dealt with declining state funding during her presidency, and under her leadership, Kent State raised $122 million in its first major fundraising campaign (1997 to 2003)—The Campaign for Kent State University.

She continues to support Kent State University through philanthropic efforts. In 2017, Cartwright and her family made a $1 million estate gift to create scholarships at Kent State for underrepresented students who wish to engage in the arts. They pledged an additional $10,000 per year to help students immediately through scholarships in the College of the Arts. Her family also gave several philanthropic gifts to the university for Founders Scholars, Porthouse Theatre, the School of Fashion and WKSU.

Carol A. Cartwright Hall, formerly known as the University Auditorium, was renamed in Cartwright's honor in 2006 after a unanimous vote from the Board of Trustees. Originally built in 1914, the Administration Building (with the front façade added in 1931) also housed the library, an auditorium and a makeshift gymnasium in the early years. The building and its auditorium received a major renovation in 2002.

It currently houses several Kent State offices, including Graduate Studies and the College of the Arts. It is also the home of the 800-seat University Auditorium, which hosts many large music performances and events.

Upon learning of the honor, Cartwright said, “I am very pleased that the Board of Trustees selected the University Auditorium to become Carol A. Cartwright Hall. I like the historic nature of the building and its position on the crest of the beautiful hill overlooking the original Front Campus. I'm also delighted that the functions inside of the building reflect discovery and creativity, as well as teaching and community engagement.”

Back to What's in a Name? PDf of article