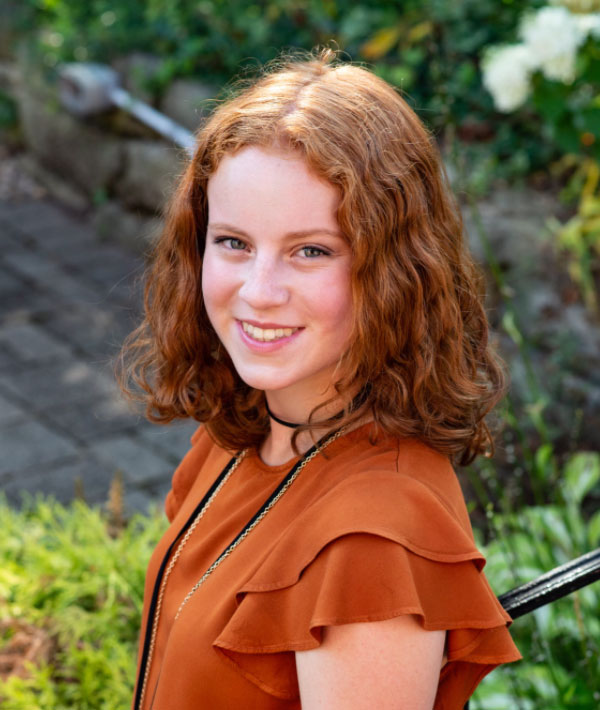 Coming Together to Communicate Climate Change

Concerned about the dire crisis facing their generation, Kent State students are drawing attention to the causes of climate change and demanding action.

The group brings together student communicators, journalists, filmmakers, researchers and others to report on climate change, foster civil conversations about global warming and seek solutions.

Grace Springer, a second-year student majoring in journalism with a minor in media advocacy, is the executive producer of Climate360 at Kent State. She reports and writes stories about climate change for the Climate360 news site, posts the work of other student content creators and manages the organization’s social media.

“We are dealing with an issue that is going to define a generation,” says Springer, who has been involved with Climate360 since its founding. “There’s a responsibility for journalists to cover climate change in a way that fosters discussion and action so that we can bring about a better future. Practically every news story has a climate angle, and it can feel very scary at times to face the harsh realities of climate change. But as journalists, we have to be the ones to find hope and turn that hope into solutions that could lead to real change.”

In collaboration with LMU content creators, Springer worked on a documentary for Climate360, “Planet Based: Fighting Climate Change One Plate at a Time,” which is expected to be released at the end of spring semester. Micah Beck, a freelance videographer and Kent State first-year student majoring in digital media production, helped with the film.

“Our upcoming documentary is about defining what a climate-friendly diet means,” Springer says. “We will be taking a closer look at what we eat and seeing what impact different diets have on the planet.”

In addition to contributing to the Climate360 news site, Springer is a member of Sunrise Movement Kent State. It is one of more than 400 chapters of the Sunrise Movement, a national group of young people and allies who, since 2017, have advocated for the Green New Deal and other climate justice initiatives.

In November 2021, the group led a demonstration and march around the Kent Campus to bring awareness to climate change and to support environmental policies. The protesters carried signs displaying the age each will be in the year 2046, the year global warming is projected to have increased by 2 degrees Celsius above pre-industrial levels, which means irreversible climate damage, Springer says. The protest was timed to coincide with the 2021 UN Climate Change Conference (aka COP26, the 26th session of the Conference of the Parties), which brought world leaders and diplomats together in Glasgow, Scotland, to address climate policy.

Springer says the Sunrise Movement has been on hiatus at Kent State recently, but the group intends to reconvene for the 2022-2023 school year. The plan is to continue climate activism with protests, marches and demonstrations, as well as calling and writing legislators to encourage them to support progressive climate policies.