Amy DeGirolamo, DPM ’01, Coral Gables, Fla., joined Florida Foot and Ankle Associates in 2011. She is a fellow of both the American College of Foot and Ankle Surgeons and the American Professional Wound Care Association, and she  has participated in medical mission trips to both Jamaica and Dominican Republic.

Ellen Ernst Gavankar, BA ’01, Chicago, has become a shareholder in the full-service law firm Howard & Howard. She concentrates her practice in a variety of corporate tax matters.

Jenita McGowan, BS ’01, BFA ’01, Cleveland, chief of sustainability for the City of Cleveland, was honored by Midwest Energy News as one of “40 under 40” leaders in the region’s transition to clean energy.

Jayne Juvan, BA ’02, Twinsburg, Ohio, joined the business department of Tucker Ellis, LLP, as a partner in April. She advises public and high-growth private companies, private equity firms and venture capital firms on transactions, corporate governance and regulatory compliance. Juvan also co-chairs the American Bar Association’s Task Force on Director Misconduct and has been featured in the Harvard Business Review and Forbes for her use of social media as an attorney.

Tyra Oliver, BS ’02, Pittsburgh, staff attorney at the Superior Court of Pennsylvania, will serve a three-year term as the at-large minority governor on the Pennsylvania Bar Association Board of Governors. Her term began on May 12 at the conclusion of the PBA Annual Meeting in Pittsburgh. She previously worked as an assistant district attorney in Allegheny County.

Vincent Defebo, BS ’03, Toronto, has completed Steven Spielberg’s The BFG and Marvel’s Doctor Strange, and has relocated to Toronto, where he is continuing his career in film, working as a 3D producer on a much-anticipated fall release.

Julia Duhart, BS ’03, MArch ’04, Stow, Ohio, recently earned her architectural license. She works for Akron-based Braun & Steidl Architects on a range of project types that include higher education, K-12 schools, senior housing and hotels, and she is a sustainability leader in the firm.

Dori Gatta MacMillan, MEd ’03, EdS ’05, Niles, Ohio, is currently pursuing a PhD in educational leadership from Concordia University (Chicago), while providing school psychology services to students in Niles, Ohio. She plans to teach at a college level and/or consult for the state education department. 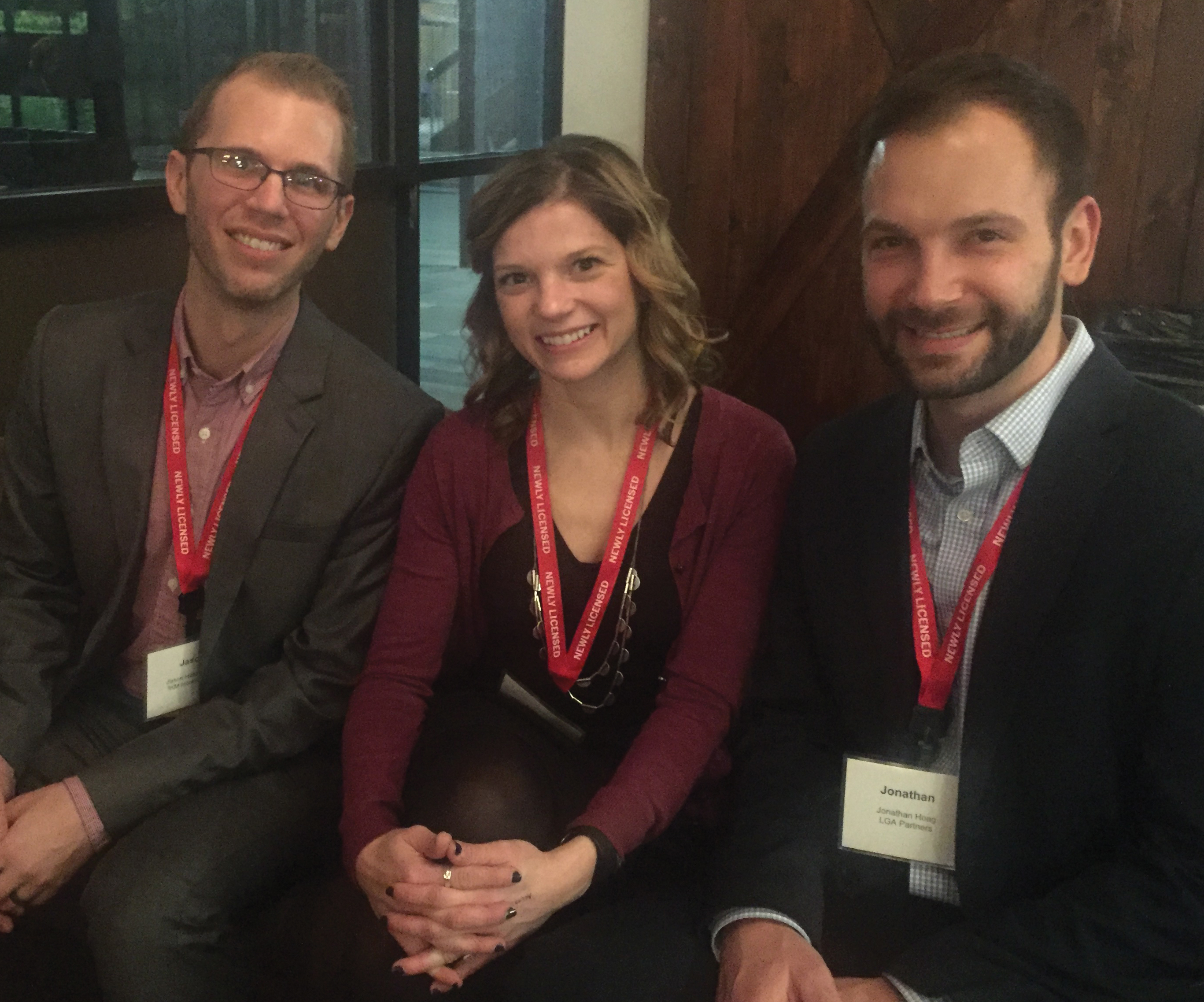 Allison (Pritchard) Jack, BS ’07, Avon, Ohio, completed a master’s degree in magazine journalism from Northwestern University and recently accepted a new role as a marketing writer at Lorain County Community College in Elyria, Ohio. She is also an adjunct professor at Cuyahoga Community College in Cleveland. 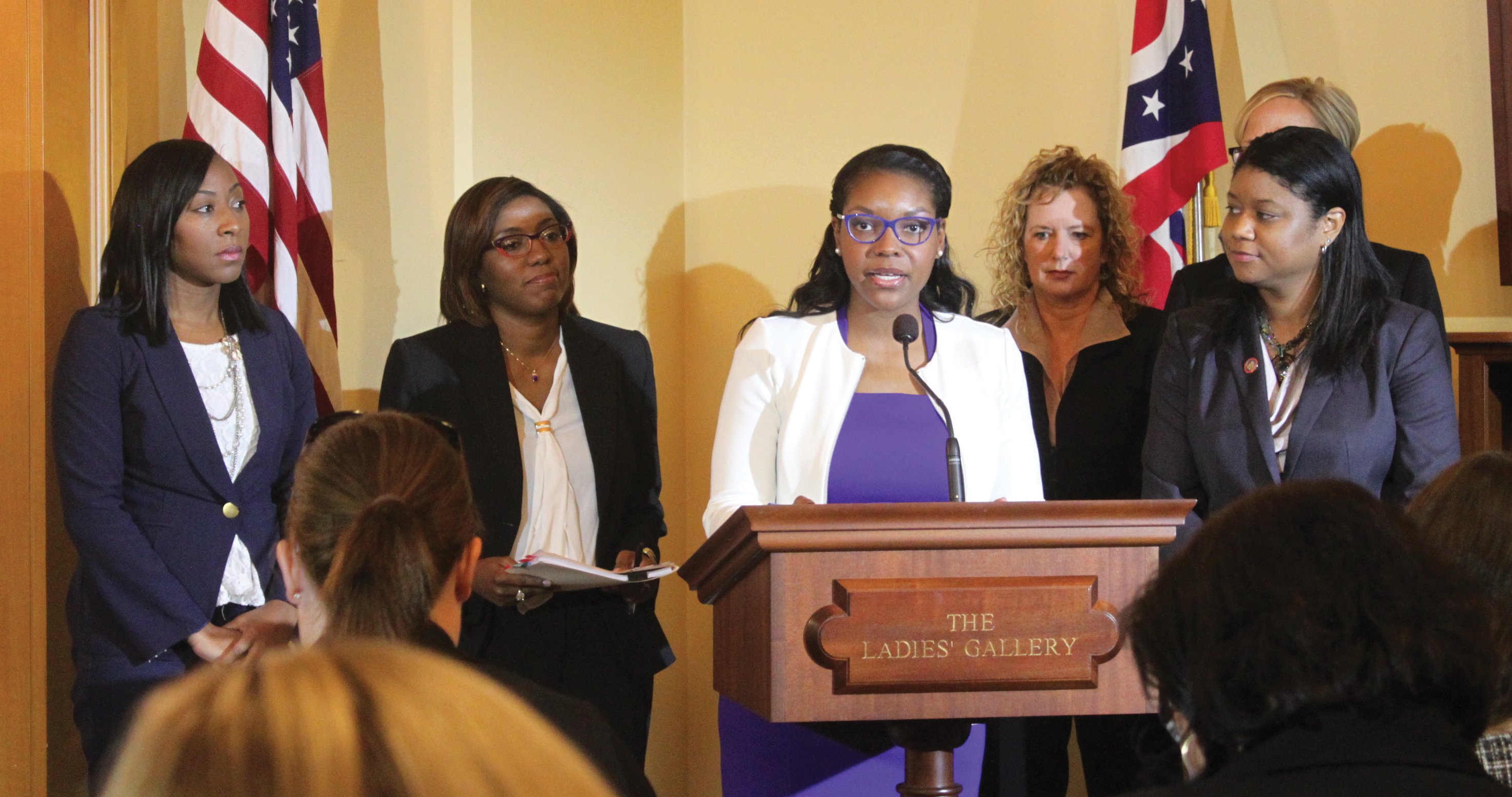 Emilia Strong Sykes, BA ’07, Akron, Ohio, a member of the Ohio House of Representatives, received the Rev. Dr. Robert Denton Outstanding Victim Service Award from the Summit County Victim Assistance Program, a local nonprofit. The award is given to an individual who assists victims in the criminal justice, legislative, medical, mental health or social work arenas. Sykes has led the charge to protect victims of dating and domestic violence in Ohio.
Pictured above: Rep. Sykes speaks on new domestic violence legislation at a news conference.

Hallie DelVillan, BS ’08, MArch ’09, Akron, Ohio, was promoted to associate of Bialosky Cleveland. As the architectural firm’s marketing director, she is a primary author of the firm’s vision and values. She serves on the American Institute of Architects (AIA) Cleveland Board, co-founded the chapter’s Women in Architecture committee, and was honored at the 2016 Cleveland Design Awards in November with a Presidential Citation from AIA Cleveland, citing her hard work, strategic council and advocacy for equity.

Theodore Ferringer, MArch ’08, MUD ’08, Cleveland, was promoted to associate of Bialosky Cleveland. Filling the role of business development director for the firm, he also champions projects with deep social impact on communities. He is the project manager of the Cleveland Metroparks’ Edgewater Beach House, and he served as the 2016 Chair of the American Institute of Architects National Associates Committee. 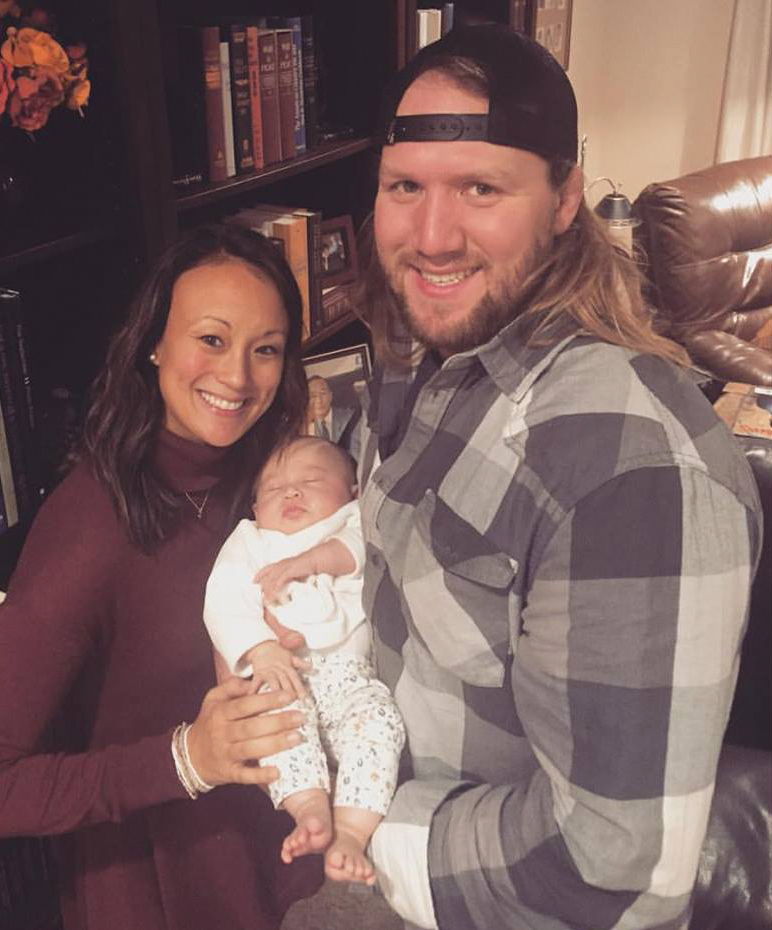 Gregg McCullough, MLIS ’09, Seaford, Del., was elected senior national curator of the National Society of the Children of the American Revolution for a two-year term in April 2016.