David Strahle, BS ’72, Fenton, Mich., is a physician and founder of Regional Medical Imaging (RMI), one of the leading breast MRI centers in the nation, recognized by the American College of Radiology. Dr. Strahle has developed an alternate breast-screening method for women with dense breast tissue. After seven years of research, his Rapid Breast MRI screening study was published in the journal Breast Cancer Research and Treatment in 2017. Findings show that his screening method has the ability to detect breast cancer up to six years sooner than other current technology. Since his study was published, several institutions have installed the Rapid Breast MRI protocol.

Robert Taylor, BS ’72, Painesville, Ohio, wrote: “After a 30-year career in the classrooms of Painesville City Local Schools and retiring with no further plans than to enjoy life, I’m now serving as a Trustee/Board of Director for the International Women’s Air & Space Museum at Burke Airport in Cleveland, Ohio. At last, a blending of my love of history and aviation history.” 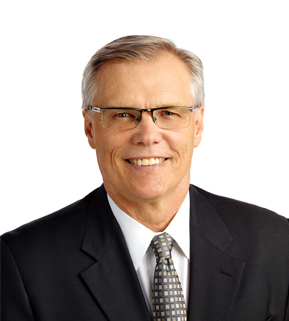 Carter Strang, BS ’73, MEd ’79, Shaker Heights, Ohio, wrote: “I am a partner at Tucker Ellis LLP and recipient of the 2014 KSU Distinguished Alumni Award. I currently serve on the KSU Honors College Advisory Committee. I recently was named to the Cleveland Council of World Affairs Board of Directors, was elected vice president of special events of the Cleveland Metropolitan Bar Foundation and was elected to the Cuyahoga County Democratic Party Central Committee.”

Fred Jermyn, BS ’74, San Diego, wrote: “I wrote the Kent State University Men’s Club & Varsity Soccer Media Guide & Record Book of 1949-1980 to preserve the historical data of the program. More than 3,040 articles from digital copies of The Daily Kent Stater newspaper were referenced in rebuilding the results from each year. Details were also secured from numerous other sources to include post-season honors, team and player records, plus photos. The 530-page book is available for free download via request by email to fred.jermyn@hotmail.com.”

William Speer, PhD ’76, Henderson, Nev., was selected for the 2018 National Council of Teachers of Mathematics Lifetime Achievement Award by the Mathematics Education Trust. He is currently in a 22-year career at the University of Nevada, Las Vegas, as director of their Mathematics Learning Center, following a 20-year career at Bowling Green State University. Speer is a former recipient of the KSU EHHS Distinguished Alumni Award and Hall of Fame member.

Susan Kay, BS ’77, Mentor, Ohio, has joined the local office of Home Instead Senior Care of Lake and Geauga counties as community relations manager. She will be instrumental in maintaining and expanding the scope of personalized home care available from this franchisee of the company’s multinational network.

James Russell, BA ’77, Bloomington, Ill., associate executive director for the Illinois Association of School Boards (IASB), retired from the nonprofit association on January 1, 2018. Russell ends a 43-year career in communications and publications, including 17 years at IASB and 26 years as a newspaper editor in Illinois and Ohio. He also taught journalism at Eastern Illinois University, judged college newspaper contests and served on the Illinois Press Association foundation board of directors.

Tim Tracey, BFA ’77, Warren, Ohio, played an integral role in introducing a bill to the United States Congress, H.R. 1553–American Patriots of WWII through Service with the Canadian and British Armed Forces Gold Medal Act of 2017. He was inspired to act when researching his father’s military history for a book he is creating. The bill calls for the recognition of thousands of Americans (including Tracey’s father, Edward) who volunteered to serve with the Canadian and British Armed Forces prior to the United States’ entry into WWII.

Ruth Ava Lyons, BFA ’78, Charlotte, N.C., received a 2018 Creative Renewal Fellowship from the Arts & Science Council of Charlotte. With the fellowship, she will attend an underwater photography workshop on a liveaboard in Raja Ampat, in the Indonesia archipelago, which she hopes will advance her ongoing Oceanic Alchemies series.

Douglas Smorag, BBA ’79, MBA ’88, Cleveland, has been promoted to chief operating officer and executive vice president at CM Wealth Advisors in Pepper Pike, Ohio, where he has been employed since 1998. He serves on a number of charitable foundations and associations, and he was recognized with the University Hospitals Distinguished Advisor Award in 2016.

Jeffrey Yaw, BS ’79, West Chester, Ohio, retired in May 2017 after a 20-year career as a special education teacher at Lakota Local Schools, New York City Public Schools and Hamilton City Schools. He received an MBA from Xavier University (Cincinnati) in 1986 and worked in the IT industry from 1985-2002. He and Nita, his wife of 35 years, reside in West Chester, Ohio.