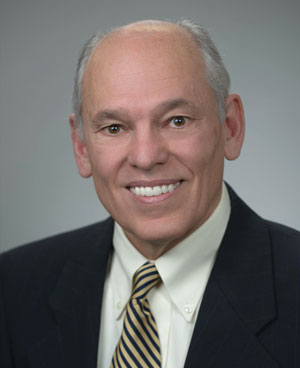 David Malick, BA ’80, Birmingham, Ala., joined as partner in the Birmingham office of Weinberg Wheeler Hudgins Gunn & Dial, a national trial firm. He represents employers and companies in defense of various types of litigation. Prior to attending law school, Malick was a professional musician and played for Tony Bennett, Bob Hope, Dizzy Gillespie and President Ford, among others. He received a Master of Theology in Bible Exposition with honors from Dallas Theological Seminary and a law degree from Capital University Law.

Steve DeBolt, BS ’81, Reynoldsburg, Ohio, was sworn in as the village administrator in Hebron, Ohio—known as the “historic crossroads” of Ohio—after serving similar roles in Shawnee Hills, Ohio, and Whispering Pines, NC, and as safety/service director in Reynoldsburg, Ohio. He received an MPA in 1988 from the University of Toledo, earned the designation of certified public manager at the Ohio Certified Public Management consortium and is a graduate of the Public Executive Leadership Academy at the University of North Carolina, School of Government in Chapel Hill. 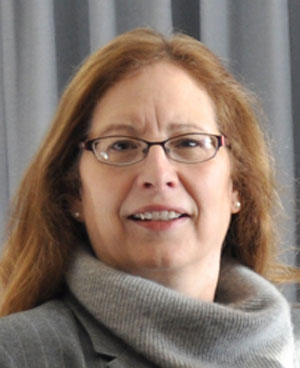 Pamela Gent, MEd ’83, PhD ’96, Youngstown, Ohio, was named provost and academic vice president of Clarion University, beginning in December 2018. Gent, who came to Clarion in 1988 as an assistant professor in the

Department of Special Education and Rehabilitation Sciences, had served as interim provost since summer. Gent will continue to oversee $42.9 million in budgets, academic planning and curriculum development, and recruitment, hiring and staffing.

Adele Green, PhD ’84, Washington, DC, was presented with the Albert Nelson Marquis Lifetime Achievement Award by Marquis Who’s Who as a leader in the fields of education and psychology. She specializes in assessing language, attention, executive functioning disorders, learning disabilities and emotional/social challenges in children (ages six and above), adolescents and adults.

Sherri Lewis, BS ’84, Columbus, Ohio, wrote: “After 32 years of teaching in Columbus City Schools, I retired in 2017. I am enjoying retirement and being a grammie to two little grandsons.” 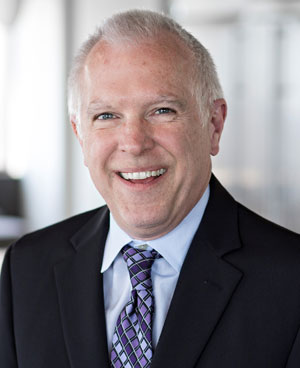 Mark Stockman, BArc ’84, MArc ’86, Lakewood, Ohio, a partner in the Construction Practice Group at Frantz Ward LLP in Cleveland, was recognized in the 2019 edition of The Best Lawyers in America in the practice area of Real Estate / Construction. His article, “Building on Blockchain: Considering potential applications in design & construction” was published in the February 2019 issue of Properties magazine.

Brian Wilson, BA ’84, North Canton, Ohio, of Brian Wilson Law Offices, was recognized with the Esther S. Weissman Optimist Award from the Ohio Association for Justice. The award, presented in May 2019 during their annual convention in Columbus, Ohio, honors a trial lawyer who demonstrates relentless resolve and undying enthusiasm in the face of seemingly insurmountable odds. Wilson, who has been named to the Ohio Super Lawyers list from 2008-2019, has litigated and tried personal injury cases throughout Ohio and has argued two cases before the Ohio Supreme Court.

Amy Butler, BS ’85, Elyria, Ohio, was named associate superintendent for secondary schools for the Diocese of Cleveland, Office of Catholic Education, where she will lead the system that encompasses 20 secondary schools in the diocese, including 15 that are independently owned or sponsored by religious orders.

Tim Fry, BS ’85, Summerton, SC, has published his first novel, The Truth and Nothing but the Truth: A Fictional Adventure of Finding the Truth in a Dark World (Christian Faith Publishing, June 2018). An engineering technology graduate, he currently works in manufacturing, developing products for original equipment and replacement tires.

Earl Miller, BA ’85, Somerville, Mass., professor of neuroscience at MIT, was awarded the 2019 George A. Miller Prize in Cognitive Neuroscience for his innovative research.

John Hale, AAB ’86, East Liverpool, Ohio, wrote: “I was named publisher of Herald-Star (Steubenville, Ohio) and The Weirton Daily Times (Weirton, W.Va.) on November 7, 2018. I am employed by Ogden Newspapers and have over 33 years’ experience in the newspaper industry.”

Bradley Pees, BBA ’86, Alexandria, Va., was named lead–federal and state tax controversy at Nestlé in October 2018. He was recently elected as 2019/2020 Region 8 VP by the Tax Executives Institute.

Peter Zeidner, BBA ’86, Kent, Ohio, received the Cathleen Lyle Murray Foundation Award at the American Academy for Cerebral Palsy and Developmental Medicine annual meeting in October 2018—selected for his impact on society through humanitarian efforts to enhance the lives of persons with severe multiple disabilities. Zeidner, significantly impacted by cerebral palsy, started the Pedal-with-Pete Foundation (PwP) in 1993 with the goal to raise $1,000,000 for cerebral palsy (CP) research, which he reached in 2015. Pedal-with-Pete is now at $1.2 million and counting for funding CP research projects nationally and internationally.

In 2016 Zeidner completed his autobiography, It Sucks to be a Gimp: Pedaling to Freedom (Lulu.com, July 2016), and turned over the publishing and profits to Pedal-with-Pete. [We recently learned that Peter Zeidner died on March 15, 2019.]

Carolyn Robinson, BA ’87, MA ’14, Wooster, Ohio, has been awarded an eight-month institutional journalism fellowship at the Donald W. Reynolds Journalism Institute at the Missouri School of Journalism. Robinson, one of seven fellows chosen for the 2019-20 class, is the regional director of newsroom practice change for the Solutions Journalism Network, an organization that trains journalists to cover how and where people are effectively addressing important community problems

Lori Saidleman-Yoh, BA ’87, Milford, Ohio, has joined The Kenwood by Senior Star, Cincinnati, as assistant executive director and director of health services. She has more than 29 years of experience in the healthcare industry.

Mike Hermann, MA ’89, Salina, Kan., was honored by the National Association of Collegiate Directors of Athletics as one of 28 winners of the 2018-19 Under Armour AD [Athletics Directors] of the Year Award. As the vice president and director of athletics at Kansas Wesleyan University, he helped fundraise to build a football stadium, added sport programs and guided a department that has won 25 conference championships while maintaining a department GPA above 3.00. Hermann has served as athletics director for 18 years at Niagara, Towson and Kansas Wesleyan universities.

James Wrobel, DPM ’89, Grayslake, Ill., received the American Diabetes Association’s 2019 Roger Pecoraro Award in recognition and appreciation for outstanding contributions to the knowledge and treatment of the diabetic foot. He is the fifth podiatrist in 27 years to receive the award, which was presented at the ADA’s 79th Scientific Sessions, June 7-11, 2019, at the Moscone Convention Center in San Francisco. Wrobel, a clinical associate professor in the Division of Metabolism, Endocrinology, and Diabetes at the University of Michigan, delivered the Roger Pecoraro Award Lecture, “Artificial Intelligence for Predicting Diabetes-Related Foot Ulcer Outcomes,” on June 8.