David Basler, BS ’00, Centennial, Colo., was recently named vice president of membership and marketing at ARVC, an association representing 3,000 private RV parks and campgrounds in the US and Canada.

Megan Oakleaf, MLS ’00, Manlius, NY, associate professor and director of instructional quality at Syracuse University, is the winner of the 2019 Association of College and Research Libraries (ACRL) Instruction Section’s Miriam Dudley Instruction Librarian Award, which recognizes a librarian who has made a significant contribution to the advancement of instruction in a college or research library environment.

Craig Whitaker, BSE ’00, Massillon, Ohio, a physical geology teacher at Perry High School, recently was awarded the 2019 Pipeline Award from the Ohio Oil and Gas Energy Education Program (OOGEEP), given each year to an individual who has made a positive educational impact in the state—in his case, a teacher workbook he helped create that has lessons focusing on geology. The sixth recipient to receive the industry’s annual award, Whitaker was honored during the OOGEEP’s presentation at the Ohio Oil and Gas Association’s annual industry meeting.

Dana Jancik Eggers, MA ’01, Bay Village, Ohio, was hired for the new role of coordinator of pupil personnel by the North Ridgeville City Schools Board, beginning August 1, 2019. Eggers most recently was the autism program director for the Geauga County Educational Service Center, a position she had held since 2010. She received a Bachelor of Science degree in hearing and speech sciences from Ohio University, a Master of Arts degree in speech language pathology from Kent State University, and a pupil services personnel licensure from Cleveland State University. 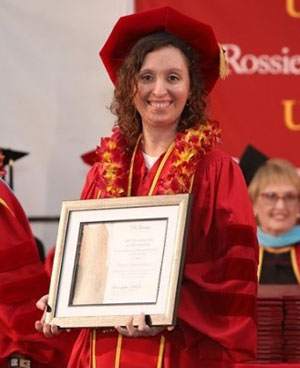 Theresa Haskins, BA ’01, Hartville, Ohio, received a 2019 Dissertation of Distinction award from USC Rossier School of Education for her research on autism employment. 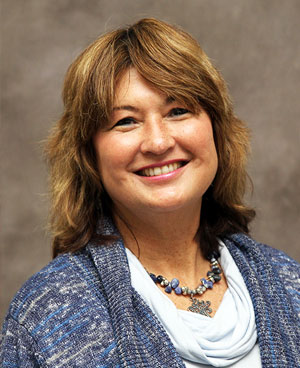 Carolyn Carvalho, AAB ’03, BTec ’05, MTec ’07, Ashtabula, Ohio, associate lecturer at Kent State University at Ashtabula, was named a finalist by the Northeast Ohio Council on Higher Education (NOCHE) for The Expys 2019 Best College Advisor. The annual awards program “recognizes the best-of-the-best in Northeast Ohio’s internship and experiential learning ecosystem.” Carvalho teaches in the information technology program at Kent State University at Ashtabula and coordinates internships and practicums for students in the IT majors.

Westleigh Harper, BS ’03, BArc ’04, and Michael Horton, BS ’05, BArc ’06, Cleveland, are principals of Horton Harper Architects, an award-winning contemporary studio specializing in urban residential design, with an eclectic portfolio of custom residential, multifamily and mixed-use ventures. Headquartered in the Caxton Building downtown, the practice has six employees and a 30 percent year-over-year growth rate since its 2011 launch.

Claudia Kovach, BS ’03, MA ’09, Canfield, Ohio, vice president of City Machine Technologies, Inc., in June received the 2019 Small Business Champion award from NFIB, Ohio’s leading small business association.  Each year, NFIB awards an individual, among its membership of 22,000 Ohio small businesses, who gives of his/her time and resources to promote small-business causes through involvement in NFIB activities and demonstrates a spirit of service toward the community and a commitment to advancing the concept of free enterprise. Her parents are former recipients of the award, and she has been with her family’s business since 2006. 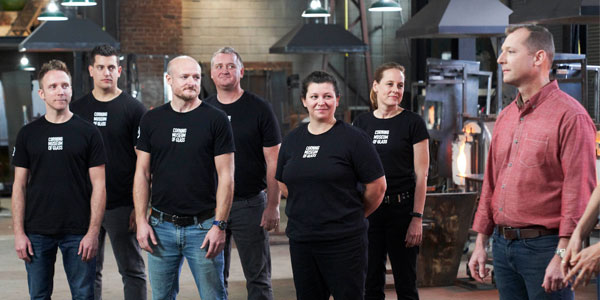 Eric Meek, MFA ’03, Painted Post, NY, senior manager of the Hot Glass Programs at The Corning Museum of Glass, was featured in the Netflix series Blown Away, the first-ever glassblowing competition, which launched on July 12, 2019. He served as the guest judge for the finale and helped select the winner of the show. Pictured: Eric Meek, at far right, with contestants on the show.

Todd McLaughlin, BSE ’03, Salem, Ohio, was named the new principal of Salem High School, effective August 1, 2019, with the three-year contract expiring July 31, 2022. The 1997 Salem High School graduate joined the district as junior high dean of students and districtwide clerk of the works in August 2014 and most recently has been serving as assistant junior high principal. 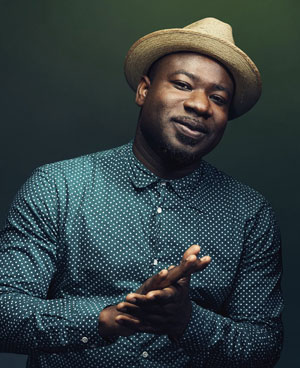 Samuel “Blitz” Bazawule, BBA 04, New York, NY, hip-hop artist, filmmaker and visual artist, is known by the stage name Blitz the Ambassador. He wrote, directed and scored the independent movie, The Burial of Kojo, which was acquired by Ava DuVernay’s film distribution collective, ARRAY Releasing. The dramatic feature, streaming on Netflix as of March 31, 2019, played in select movie theaters in cities nationwide in spring 2019.

Set in Bazawule’s native country of Ghana, the film (which has elements of magical realism, but is rooted in truth) is about feuding brothers and the journey of one of their daughters to save more than their relationship. It caught the eye of DuVernay when it played at the 2018 Urbanworld Film Festival in New York, where it became the “Best Narrative Feature Winner (World Cinema)” at the festival.

The film recently won the Luxor African Film Festival grand prize for “Best Narrative Feature” in Egypt, and it was screened at the 2019 Whitney Biennial, an invitational exhibition at the Whitney Museum of American Art.

Haraz Ghanbari, BS ’04, Perrysburg, Ohio, was sworn into the Ohio House on March 27, 2019, to fill the Wood County seat vacated by now Senator Theresa Gavarone. Fresh from Perrysburg City Council, he was selected by now fellow House Republicans to complete the 21 months left in Gavarone’s unexpired term. He is expected to run in 2020 for a two-year term of his own.

Elizabeth Mowers, BS ’04, Mogadore, Ohio, wrote, “In March, I celebrated the release of my first novel, A Promise Remembered (Harlequin Heartwarming, 2019). Years ago, when my first child wouldn’t nap without being held, I rocked her to sleep while typing a book idea on my smartphone. After three years (and another baby), I had written the entire novel on my phone. While that book was rejected, it connected me to the woman who is now my editor and kicked off my full-time writing career. Follow me on Facebook or check out my website at www.elizabethmowers.com.”

David Strukel, MEd ’04, Massillon, Ohio, an assistant professor in communication at Hiram College, was named an Apple Distinguished Educator for 2019. 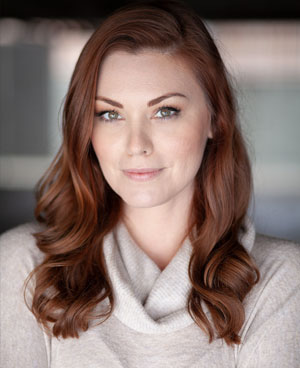 Kaitlyn Black, BA ’05, Sherman Oaks, Calif., starred in the Off-Broadway premiere of Robyn Lynne Norris’ musical comedy improv show #DateMe: An OKCupid Experiment at the Westside Theatre from June 20 to September 15. The show follows a down-on-her-luck dater as she goes online and creates 38 fake dating profiles in hopes of better understanding the random nature of love and dating.

Earlier this year, the short film, Relationship Deli, written by and starring Black, was featured in the 2019 Cleveland International Film Festival and on the popular Funny or Die site in October 2018. The film depicts a desperate woman and a deli worker attempting to build the perfect relationship, sandwich-style.

Susan Chylik, BBA ’05, Litchfield, Ohio, has been selected to participate in the Leadership Council on Legal Diversity’s 2019 Fellows program, which aims to identify, train and advance the next generation of leaders in the legal profession. Chylik is a member in McGlinchey Stafford’s Cleveland office, providing regulatory compliance and risk management advice to consumer financial services companies, with a focus on data privacy and credit reporting issues. She was named a 2019 “Rising Star” in Banking by Ohio Super Lawyers and is active in local and national bar associations.

Russell Galeti, Jr., BA ’05, Washington, DC, has a new position as a strategic planner in the Bureau of Political-Military Affairs within the US Department of State in Washington, DC. He is also a major and serves as operations officer for the 2nd Squadron, 107th Cavalry, Ohio Army National Guard. In addition, he serves on the Kent State University Alumni Association National Board of Directors. 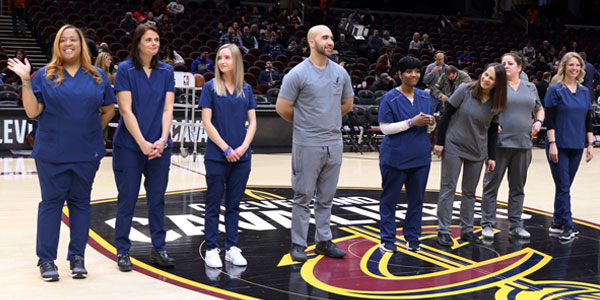 Justin Williams, BBA ’05, MBA ’07, Orlando, Fla., is the new chief operating officer for Orlando Health Arnold Palmer Hospital for Children, a 158-bed pediatric hospital in Orlando, Fla. He has had more than 14 years of experience in finance, strategic planning and hospital operations. Prior to this, he was director of operations at University Hospitals Rainbow Babies and Children’s Hospital.

Patrick Snyder, BS ’08, Westerville, Ohio, member of the Kent State Bowling Club from 2003 to 2008, in May was designated Men’s Singles Champion (among 199 bowlers) at the 2019 Columbus [Ohio] City 10-Pin Bowling Championship ($640 prize) and earned a B(etter) than A(verage) D(awg) trophy and $120 at the TOP DAWG Tournament (among 60+ bowlers), where he was 161 pins over his league-based average. In July, his high 6-game handicap series at the Tony Black Doubles competition added $500 to this year’s earnings, which so far total $1260. Pictured: left, Patrick Snyder with his trophy.

William Yoder, DPM ’08, Oak Creek, Wis., was named a 2019 “Patient Preferred Foot & Ankle Surgeon” for the state of Wisconsin in June, in recognition of his dedication and excellence in patient care.