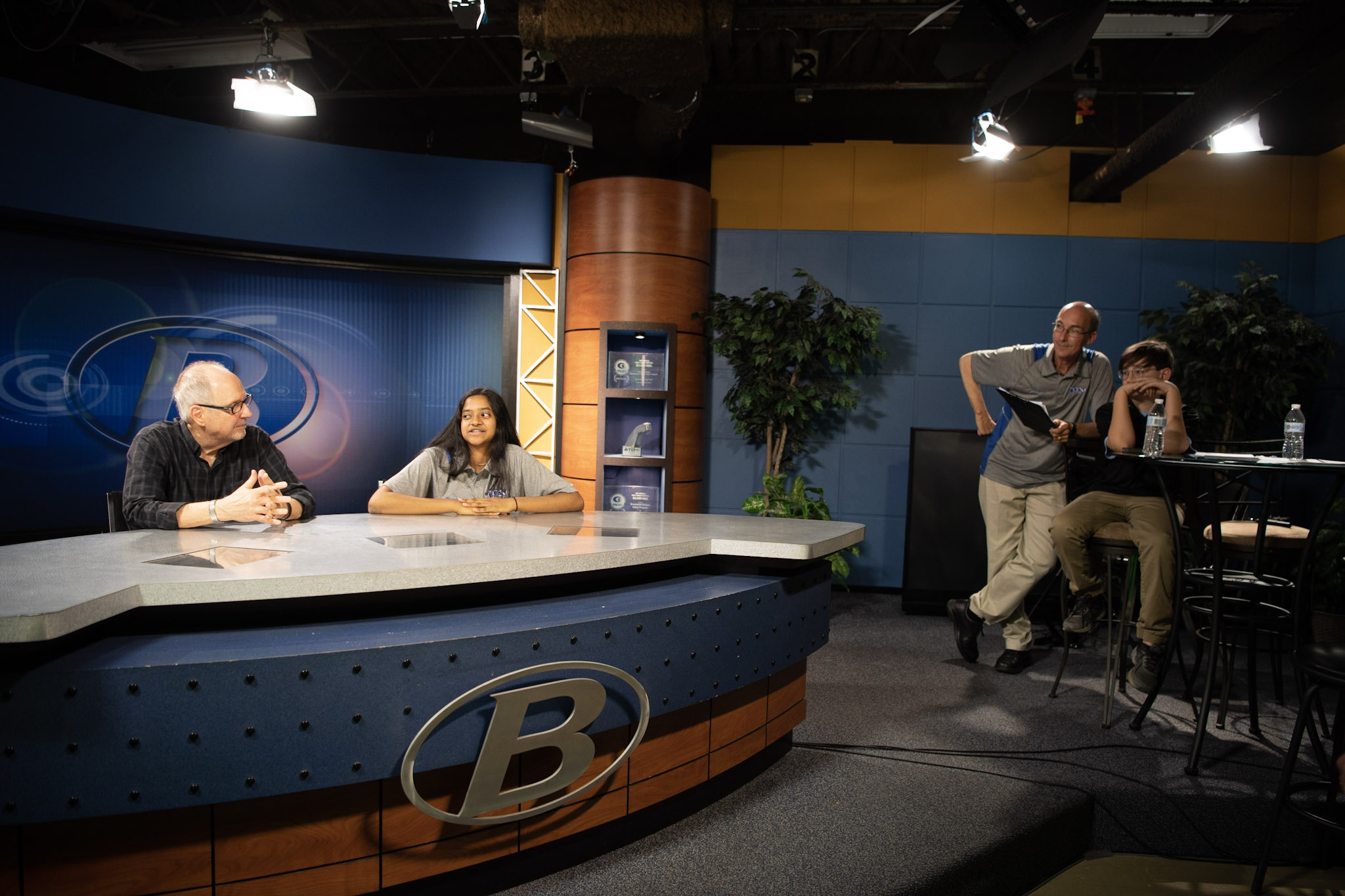 Cartoonist Tom Batiuk is interviewed by one of the student members of The BEAT, as John Wasylko, BEAT advisor and Channel 22 manager, looks on.

About five years ago, cartoonist Tom Batiuk, BFA ’69—perhaps best known for his long-running newspaper comic strip, Funky Winkerbean—was contacted by a local high school student who wanted to interview him for a story to run on the school’s cable TV channel.

It was the first time that Batiuk [rhymes with attic], who is based in Medina, Ohio, had heard about The BEAT, an award-winning, student-driven program that offers young professionals, from 6th to 12th grade, the opportunity to experience journalism in a hands-on way. (The BEAT stands for Brunswick Educational Access Television and serves the Brunswick City School District.)

Once Batiuk saw the television studio in Medina and everything the students were doing, he wanted to learn more—as research for his comic strip.

“Funky is a reflection of my life,” says Batiuk, who retired from teaching art in 1972 to focus on the nationally syndicated strip, which ran in 78 newspapers at that time and now appears in more than 400 newspapers worldwide.

“My characters started in high school, grew to young adults, and are in their late middle age. Along the way they’ve reflected my own experiences and, by extension, the experiences of my readers as we’ve traveled the same road through life.”

When Batiuk was on set at The BEAT studio for his interview, he observed how the school news program operates. “I was surprised at how far advanced everything was,” he says. “I asked [the program’s advisor] if I could hang around and get some reference materials so that I could update things for the Westview High School that’s in Funky.”

Turns out The BEAT’s advisor is a Kent State grad, too. John Wasylko, BA ’80, who received a degree in communications, says, “Our students are being groomed to be ‘backpack journalists.’ They're not only taught how to work equipment, but more importantly, they’re taught how to write and how to construct a good news story.”

Wasylko discovered early in his career that he liked working for corporations, producing videos and working with communications of any sort. Hired as the community relations representative for Brunswick City Schools in 1997, he was encouraged to use his video skills in supporting the school cable channel, as well as managing communications for the district.

“The first year I was shooting videos throughout the district,” Wasylko says, “and I had students coming up to me all the time saying, ‘Wow, that looks like a lot of fun,’ or ‘That looks neat, how can I get involved?’”

He wanted to find a way to meet the students’ interests, and after speaking with the school superintendent about starting a video program, The BEAT was born. 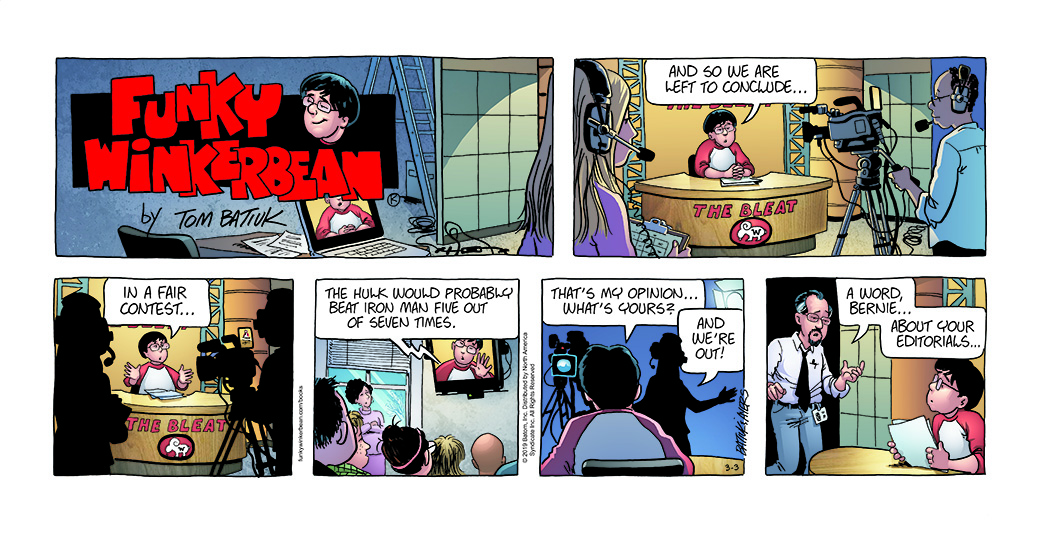 Since the program’s beginning in 2000, the 11- to 18-year-old student members of The BEAT are given opportunities to experience real-world journalism—writing news stories, conducting on-camera interviews and even editing, shooting and directing their own content.

It’s a collaborative effort, and one that Wasylko says was inspired by his own experience at Kent State in the late ’70s. He was one of a group of students with a passion for all kinds of music who were hired to work as board operators and occasional hosts during the day on WKSU.

They also produced an entirely student-driven show at night called “Fresh Air” [unrelated to the current NPR program hosted by Terry Gross], which played music interspersed with interviews of artists from around the world talking about their music.

"Funky is a reflection of my life." 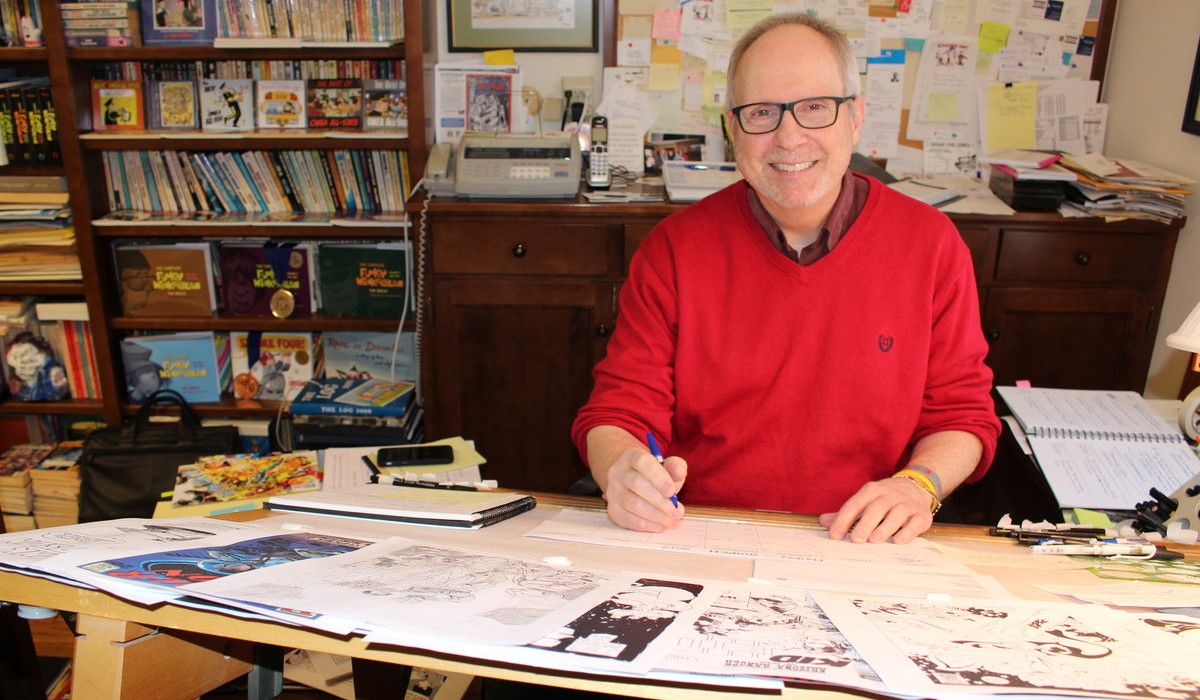 Tom Batiuk at the drawing board in his studio in Medina, Ohio. Photo credit: Erin Baka

Members of The BEAT pose with Tom Batiuk and John Wasylko on the set in the TV studio at Brunswick High School. The news set was donated by FOX 8 Cleveland around 2012.

“While we were programming the music, we would ask if the artist who created it would talk with us,” recalls Wasylko. “It was as simple as asking.” Most of the musicians they contacted said “yes”—including prominent artists such as Peter Gabriel and Andrew Lloyd Weber.

“That’s when I got my first taste that young people can do anything—and if they work together, the sky is the limit,” Wasylko says. “I tried to bring that spirit of collaboration into what we’re doing with The BEAT. I want young people to feel that anything is possible.”

Wasylko is impressed with how far The BEAT has come since its start. Batiuk is, too—and he was inspired to update his daily comic strip to be “a little more current.” He wrote a storyline incorporating the real school news program into a similar one for students at his strip’s fictional Westview High School.

“I just stole their studio, wunk it into Funky and wrote off that,” Batiuk says. “I took my character, Les, who had been the advisor for the school newspaper and put him in John’s role of being the advisor for this television station.”

He also took inspiration from the Westview High School’s mascot, a scapegoat, and the sound it makes to create a name for his comic strip’s television station. “Instead of calling it The BEAT, I call it The BLEAT, just adding a little ‘L’ in there.”

Batiuk says it helps him to ground his work in a real setting. So now he comes around The BEAT studio about once a year to observe and research for his work. Recently, he included a story in the strip based off the Brunswick BEAT students’ yearly efforts in covering the Medina County Fair.

“It’s funny how sometimes life imitates art,” Wasylko says. “We are so honored that he sees us as adding value and contributing something to the strip.”

Macy Kittelberger, BS ’20, majored in public relations at Kent State’s School of Journalism and Mass Communication. Now that she has graduated, she hopes to take everything she has learned at Kent State and pursue a career in corporate communications. 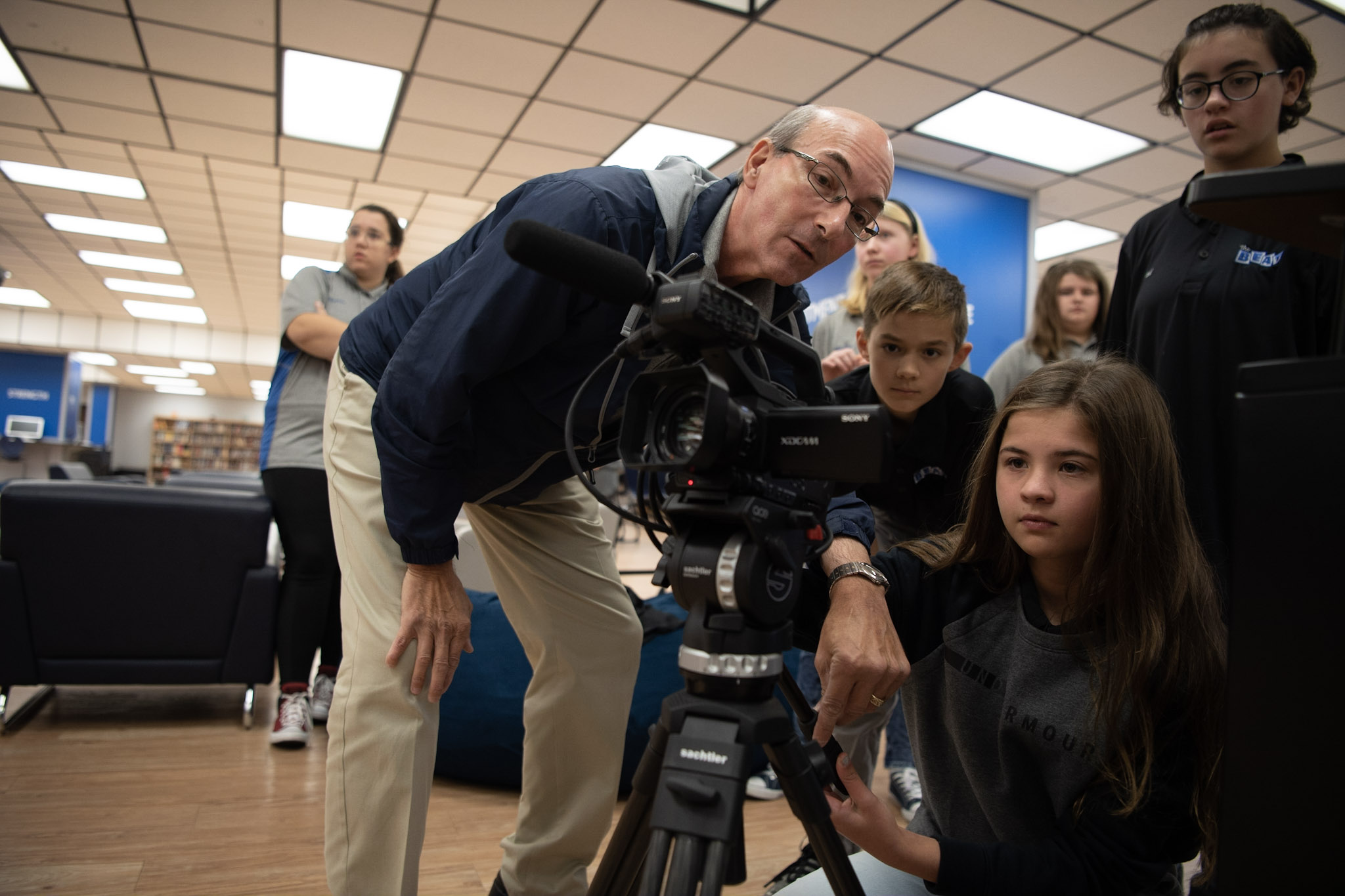 John Wasylko shows one of The BEAT students how to adjust the height of a tripod.