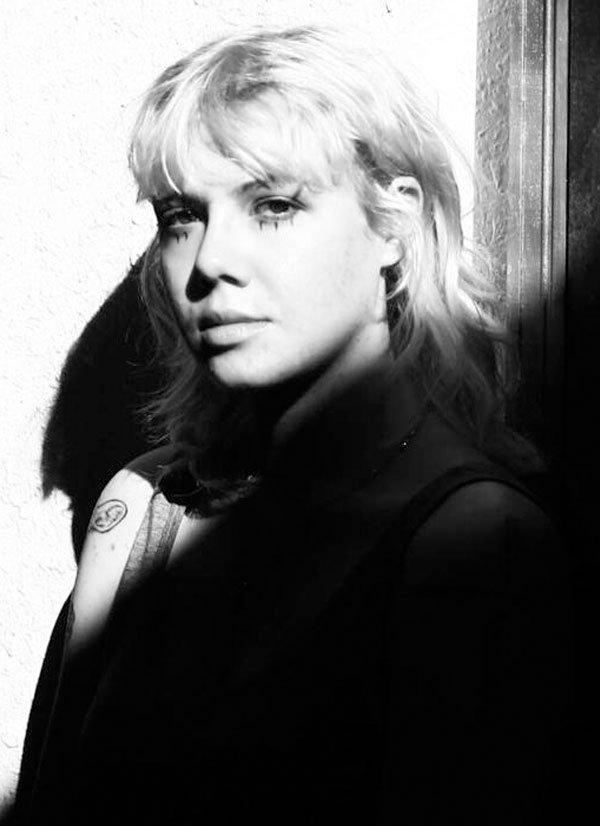 Hayley Shasteen knows what it’s like to live with brain fog.

Now she hopes her research will help bring clarity to others suffering from this cognitive impairment.

Long before brain fog was identified as a symptom of “long COVID,” Kent State senior psychology major Hayley Shasteen was conducting award-winning research on it. For her, brain fog—a cognitive impairment that can cause difficulty concentrating, dizziness, confusion, inability to recall everyday words and even memory loss—is more than a research topic, it’s a daily reality.

Since being diagnosed with lupus as a freshman in high school, Shasteen has lived with joint and muscle pain, headaches and low-grade fevers, in addition to brain fog that fluctuates in severity from day to day. She says, “It is a question of, ‘Okay, is my brain going to work today? Will I be able to find my words today?’”

While Shasteen has figured out methods of coping that work for her (such as building breaks into her workflow, taking a walk, or watching a show), she says brain fog is still not fully understood by the medical community. Brain fog can occur as a result of a number of lifestyle factors and more than a dozen chronic conditions (see sidebar). Because of an incomplete understanding and the many possible causes to consider, healthcare providers are often unable to support patients who experience it.

Now that many coronavirus long haulers are also living with brain fog, there is even more urgency to understand it, something Shasteen feels both thankful for and frustrated by.

“If it’s related to a worldwide pandemic, we’re going to have funding to study it and people are going to care about it,” she says. “But this was a real problem for millions of people before the pandemic happened. I wish we could have cared about it sooner.”

Shasteen first became interested in researching brain fog as a freshman at Kent State University at Salem. She had started out as a pre-nursing major, but taking a biopsychology class taught by Rachael Blasiman, PhD, set her on a different path. “It was such a cool class,” Shasteen recalls. “It was essentially about how the brain helps you perceive the world.”

It left her with this realization: “Your cognition is everything. So what are you supposed to do when there's something [like brain fog] blocking that?”

“This was a real problem for millions of people before the pandemic happened. I wish we could have cared about it sooner.”

Since then, Shasteen has worked on a number of research projects about brain fog with Blasiman as an adviser. In summer 2018, Shasteen conducted a research project she designed in Blasiman’s class as part of the Summer Undergraduate Research Experience (SURE), an eight-week research internship program at Kent State that funds promising undergraduate researchers to engage in faculty-supervised research.

Unlike many studies about lupus that focus on one point in time (which Shasteen says is “unhelpful because lupus changes every day”), her project examined how subjects’ cognition and physical symptoms changed over time. She won first place in the SURE Research Competition in 2018 and presented her findings at the Undergraduate Research Symposium in 2019.

While Shasteen tends to shy away from the spotlight, she says the most rewarding part of the research is when it helps people better understand themselves. “Someone I talked to at the conference had lupus and was super interested in what I found. To me, that was more important than winning first place. Just having one person say, ‘This is my life. These are things that impact me.’”

This past summer, as a Brain Health Research Institute Fellow, Shasteen designed and conducted interviews for a study aimed to develop a working definition of brain fog across conditions. After the Lupus Foundation of America sent Shasteen’s call for participants to those subscribed to its mailing list, her inbox flooded with messages from people eager to share their experiences.

While the majority of the study’s participants have lupus, 20 other conditions are represented, with several participants reporting multiple conditions. Shasteen notes that “quite a few” participants had never heard the term brain fog before, which suggests to her it’s likely many more people are living with brain fog but don’t have the vocabulary to describe it.

It’s likely many more people are living with brain fog but don’t have the vocabulary to describe it.

So far, she’s conducted 83 interviews for the study, which she’s capped at 90 participants, and received a grant to cover the cost of transcribing them. Her three minute thesis presentation of the study’s preliminary data won second place in Kent State’s 2020 Undergraduate Symposium.

“She’s taken to research like a duck to water,” Blasiman, her adviser, says. “Many of my students enjoy undergraduate research because it’s fun, but Hayley not only enjoys it, she sees it as her future.”

In addition to Shasteen’s knack for research, Blasiman praised her inquisitiveness. “She wonders about things. She wants to discover things. These are the marks of a good scientist.”

Last year, the scientific community recognized Shasteen’s research by awarding her a prestigious Barry M. Goldwater Scholarship, an honor given to the leading student researchers in the United States. Shasteen says winning $15,000 in scholarship money has been a game-changer; she’s able to devote more time and focus to her schoolwork.

When Shasteen, a first-generation college student, applied for the Goldwater scholarship, she was putting herself through school by working three jobs: as a barista in a coffee shop, a student assistant in an organic chemistry lab and a mentor in Kent State’s Rural Scholars program at Kent State Salem.

During her two years with the program, Shasteen mentored three eighth graders and two tenth graders who had the potential to become first-generation college students but lacked access to resources and guidance. One of the students she mentored is now in college but stays in touch, asking for help with the FAFSA and class scheduling. She once told Shasteen, “You’re one of the biggest reasons why I graduated high school.”

Working with teens was great practice for conducting research interviews, Shasteen says. “Talking with teenagers has helped me talk to anyone. They’re tough nuts to crack.”

Shasteen, who is taking online-only courses her senior year due to the pandemic, is set to graduate in the spring with a Bachelor of Science in psychology. She plans to look for work in a healthcare setting or research lab while applying to clinical neuropsychology graduate programs. Although she had been pursuing molecular and cellular biology as a second major, she stopped after deciding to study psychology rather than biology in graduate school.

After graduating in 2016 from Western Reserve High School in Berlin Center, Ohio, Shasteen originally planned to study photography at The University of Akron. But she couldn’t afford it—something that, years later, she is grateful for.

“Being introduced to different ways of scientific thinking helped me rethink what I could do with my potential,” she says. The opportunity to explore her science-minded side has positioned her to potentially solve problems for those living with chronic illnesses.

“I’m lucky enough that, for now, my lupus and my brain fog aren’t so severe that I’m bedridden every day. There are so many people whose lives are completely destroyed by this one thing,” she says.

“I just want to do something about it because I can.”

Hayley Shasteen says this list of chronic conditions with brain fog as a symptom is not definitive—but it’s a starting point as she attempts to develop a working definition.

Brain fog symptoms have also been linked to lifestyle and other health conditions, including the following: