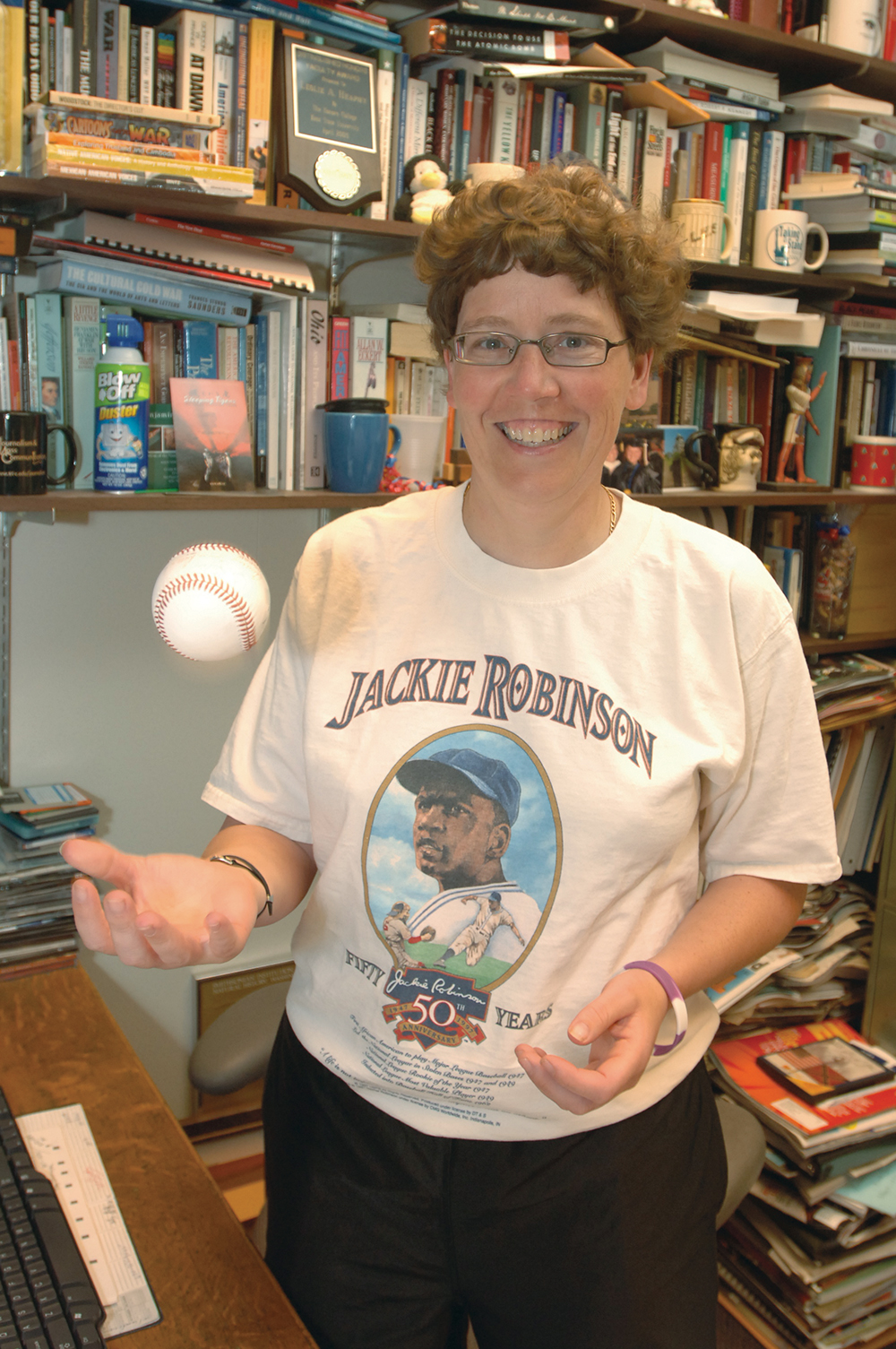 Although Leslie Heaphy, Ph.D., never played baseball as a child, she’s become a recognized expert on its history. Heaphy has published dozens of books, articles and encyclopedia entries on the Negro Leagues and women in baseball, has served on the selection committee to vote inductees into the National Baseball Hall of Fame and received a 2014 award of highest distinction from the Society for American Baseball Research.

An associate professor of history at Kent State University at Stark since 1995, Heaphy also has won numerous awards for her teaching, including the Alumni Association’s Distinguished Teaching Award in 2013. The Ohio Academy of History recently named her Ohio’s “College History Teacher of the Year.”

We asked her to field some questions about America’s national pastime.

I always liked to watch baseball and read about it. I didn’t know you could make it a career until my graduate school advisors were willing to let me write about it!

I’d heard people talk about Satchel Paige and other black players, but 20 years ago I couldn’t find much about them. My first book was The Negro Leagues: 1869–1960 (McFarland, 2002).

Baseball’s origins are almost impossible to unearth. Although some of our current rules were created in America, you can trace bat and ball games all the way back to the Egyptians.

The Civil War spread baseball in America. Before, it was played in the New York City area.

Jackie Robinson. He integrated major league baseball. He changed the whole nature of the game.

Baseball should allow a women’s league. There aren’t enough opportunities for women on the professional level.

Pittsburgh is my favorite baseball stadium, of the ones I’ve seen. The setting is gorgeous with the river behind it, there’s not a bad seat in the house, and they close down the Roberto Clemente bridge to cars so you can walk across it to get to the game.

A baseball signed by all three of the ladies that played in the Negro Leagues in the 1950s: Toni Stone, Connie Morgan and Mamie “Peanut” Johnson.

Third base. Because they call that the “hot corner”—things happen fast and you get to see everything on the field.

A hot dog. It just seems to go along with baseball.

Only the Ball was White: A History of Legendary Black Players and All-Black Professional Teams by Robert Peterson (Oxford University Press, 1992)

Bullpen Gospels: A Non-Prospect’s Pursuit of the Major Leagues and the Meaning of Life by Dirk Hayhurst (Citadel, 2010)

The Boys of Summer by Roger Kahn (HarperCollins, 2006)

And check out some of Heaphy’s books:

Encyclopedia of Women in Baseball edited by Leslie Heaphy and Mel May (McFarland Publishing Co., 2006)