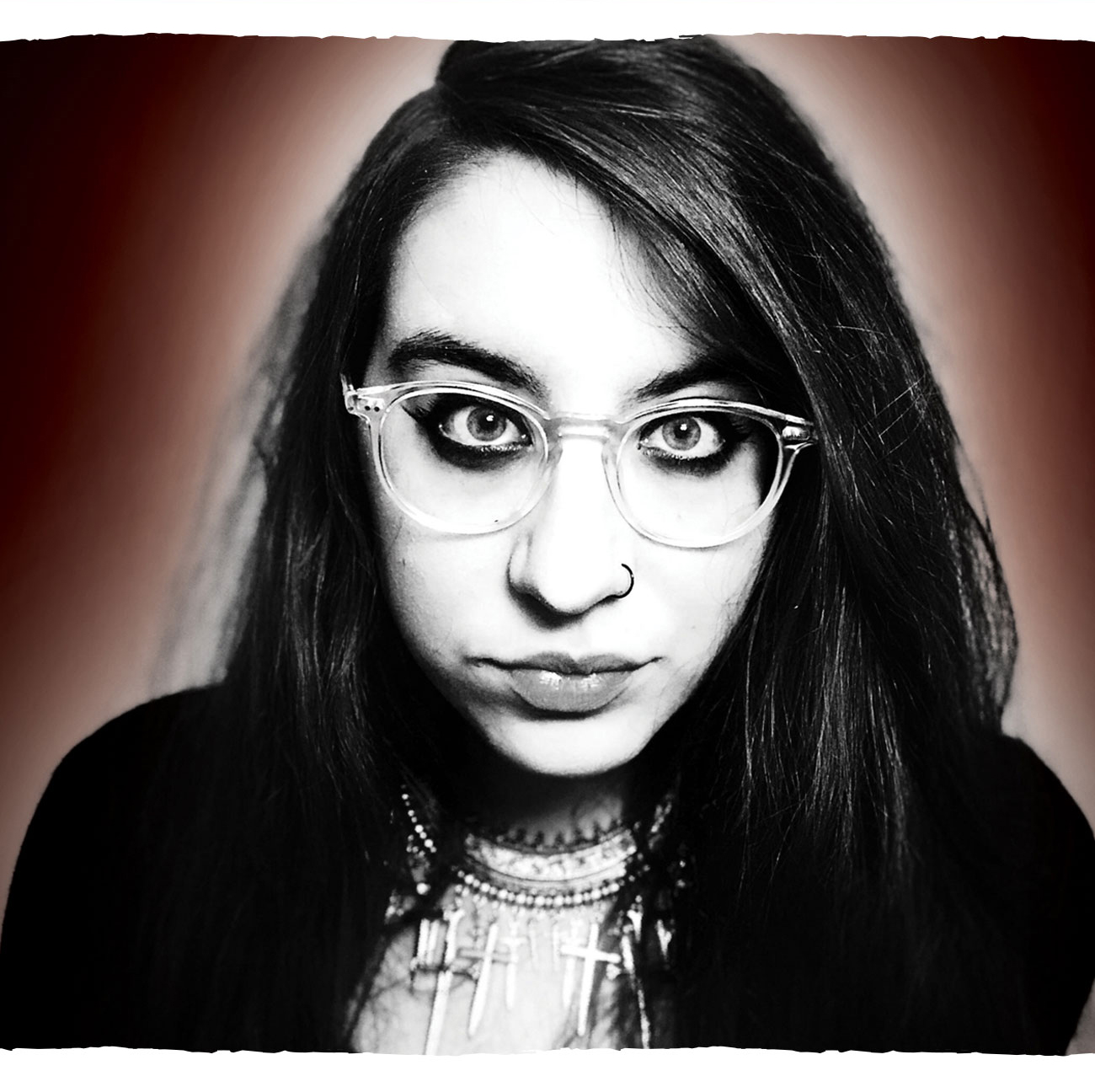 Best-selling YA author Emily Duncan isn’t getting bogged down by the business side of book publishing.

Before the pandemic closed the Hudson Library & Historical Society this March, the teen room was popular with the junior high crowd. After school and on weekends, students flocked to the space to browse the stacks, take part in Dungeons and Dragons campaigns and play computer games with friends.

If any of them realized the youth services librarian at the desk 10 feet away—wearing exaggerated black glasses, dark lipstick and a nose ring—was the author of a best-selling young adult novel, they seldom let on.

In April 2019, librarian Emily A. Duncan, MLIS ’16, released Wicked Saints, her first young adult fantasy novel, to favorable buzz from reviewers and young readers eager for a story about dark magic, wartime, monsters and a girl (not unlike Joan of Arc) who talks directly to the gods.

The book, the first in a proposed three-book series, was a success by all standard metrics—Duncan sold the trilogy to her publisher for six figures, Wicked Saints debuted at #4 on the New York Times Best Seller list and a devoted community of fans sprang up on social media. But it takes more to impress some teens at her library.

“Some of them do not care at all. ‘You have a book? Cool. I don’t know how to read,’” Duncan says, laughing. “But then I had a teen come up to me and say, ‘I read your book. It’s very good. You should write another one.’ And I was like, ‘Oh, did you think I ended there? Don’t worry!’”

The second book in Duncan’s Something Dark and Holy trilogy, Ruthless Gods, released in April 2020. Although it didn’t hit the NYT Best Seller list—Young Adult (YA) publishers promote debut novels more heavily than other books in a series—it topped the children’s series list of the Great Lakes Independent Booksellers Association the week it came out.

Many of the initial responses to Ruthless Gods were positive, unlike the polarized reactions she received to the first book. Because Wicked Saints had been marketed as a dark fantasy, readers weren’t expecting its horror elements, she says. “But if you made it through Wicked Saints, you know it’s only going to get more horrific.” 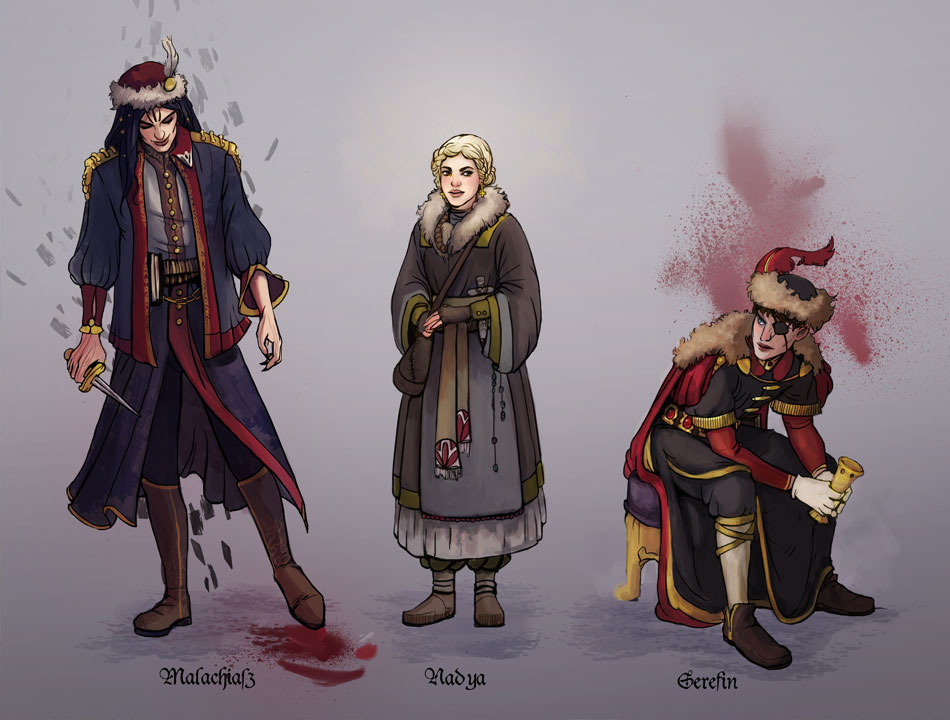 Nicole Deal, an artist from Georgia, says the evocative imagery in Duncan’s books energizes and inspires her to make art. “Emily walks that line between giving a little [description] to visually entice, while also leaving room for artists to play.”

The idea for the first book came in 2013, when Duncan was a junior English major at Malone University. She had been playing the video game Skyrim and was struck by the game’s sprawling forests, ramshackle villages and menacing, walled cities. I could set a book in a place like this, she thought.

She attempted to write the book twice during her undergraduate studies, but after getting stuck in the same spot both times, she put the manuscript away.

Then, in 2015, Duncan enrolled in Kent State’s Master of Library and Information Science program and began working in the Kent Campus library at the reference desk. Between serving students and professors, she perused the OhioLINK and SearchOhio catalogs, ordering obscure books about Slavic folklore she thought might inspire her to solve the problem she was having with her book.

The research did the trick, helping her transform a setting that had been “amorphous and fluid” in her mind into a concrete place. Once the setting clicked, the characters followed. She wrote the book in 2015, graduated in 2016 and secured her agent and book deal in 2017.

No one could have predicted Wicked Saints would become a best seller, Duncan says. She attributes the book’s success to her publisher, Wednesday Books, an imprint of Macmillan that focuses on YA and adult coming-of-age titles. The staff championed the book, designing and distributing bound manuscripts a year in advance in order to build natural buzz.

“I love art that builds off of other art. I love the collaborative aspect of it.”

For Duncan—who minored in illustration and mixed media art as an undergrad—one of the most exciting parts of being an author is seeing the hundreds of pieces of fan art created in homage to her characters, which she features on her website. “I love art that builds off of other art. I love the collaborative aspect of it.”

The library reopened its doors in late June, but Duncan has seen few teens since then, which she says is an “extremely weird” departure from what her job looked like at the beginning of the year.

She’s currently doing one last read-through of the final book in the trilogy, Blessed Monsters, which is scheduled for release April 6, 2021.

Duncan, who has begun work on a new project, says she hopes she was able to end the trilogy in a way that satisfies each of the characters’ arcs but leaves them open enough that if she has the opportunity to write another book in the series, she can.

She won’t know for sure if she’s succeeded until she hears from readers next April.

Remember that publishing is about money: “There’s a danger of romanticizing writing. I tell young writers, ‘You have to be pragmatic. Don’t get too emotionally invested in the business side of things or it’s going to chew you up. If publishers pay attention to another author instead of you, it’s because they think they can make more money with that book. That’s just how it is.’”

Remember why you write: “Try to write for reasons outside of having your book in a bookstore. Keep the spirit of why you’re writing, without getting bogged down in the ‘being published’ aspect of it, because otherwise it’s easy to get demoralized and give up. Before Wicked Saints, I’d worked on a book for 11 years, and when I queried it, I only received form rejections.”

Remember to have fun: “When I started writing Wicked Saints, I didn’t think I was ever going to get it published. I just wanted to write something fun, play with a lot of the tropes that were happening in YA books and do them differently. I think that’s part of why it worked so well—because I wasn’t worrying, ‘Is this going to be something that a gatekeeper will like?’ I thought, I don’t care. I want to have fun with it. At the end of the day, you have to have fun.” 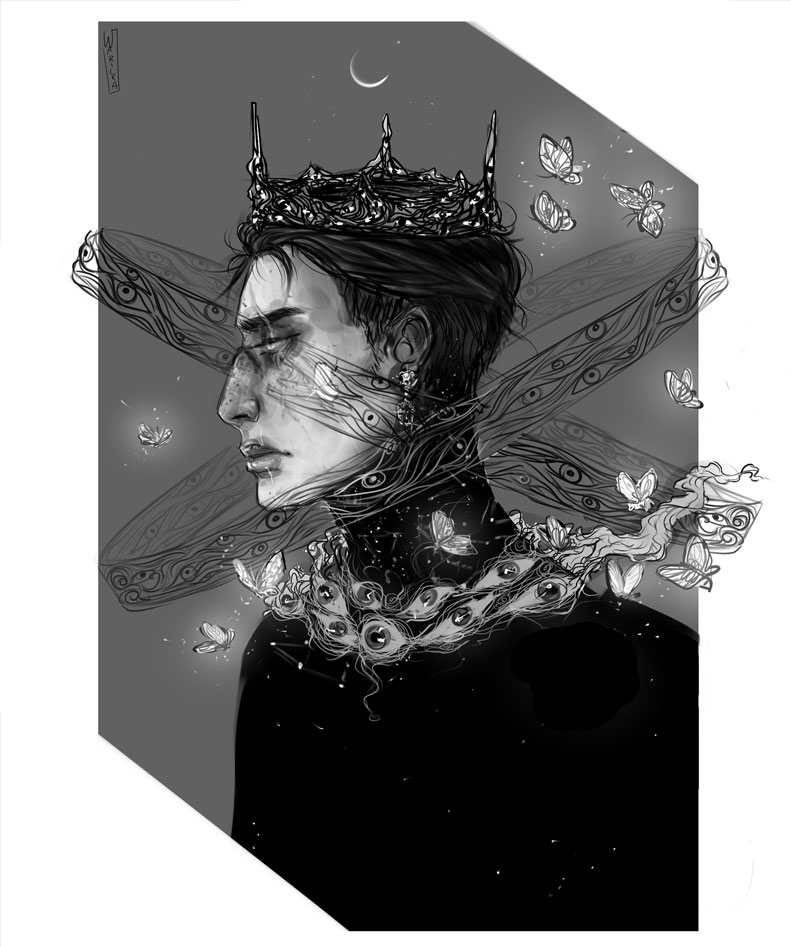 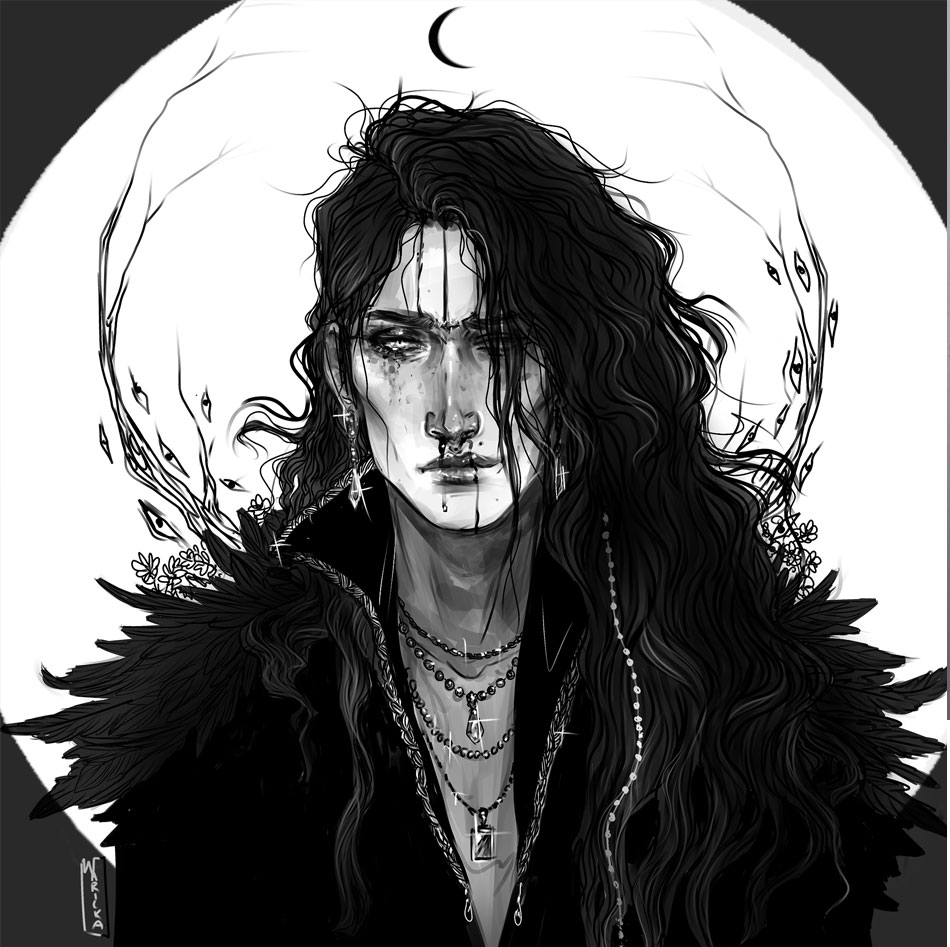 An artist from Denmark who uses the Instagram handle @warickaart says she naturally gravitates toward Duncan’s characters because they fit the aesthetic of what she enjoys drawing. “There’s something about the delightful mix of dark fantasy elements and religious imagery in these books that I very much enjoy.”