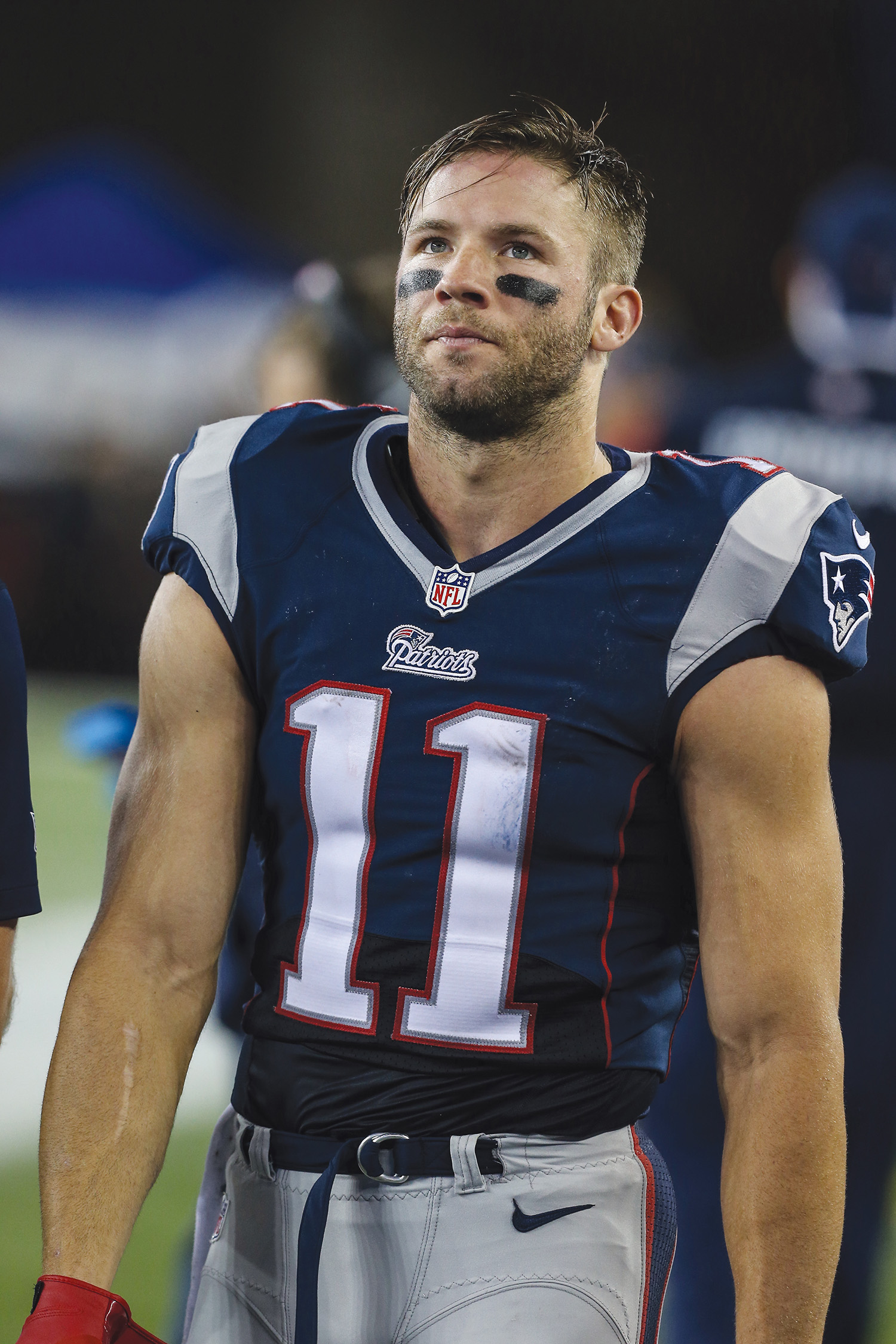 Hard worker, determined and persistent are words that describe former Kent State quarterback Julian Edelman. When he was drafted in the seventh round of the 2009 NFL Draft by the New England Patriots, many critics thought he was too small to succeed in the NFL—but he proved them wrong.

After developing a different skillset to become a wide receiver and punt returner, Julian Edelman helped the Patriots win Super Bowl XLIX with a nine-catch performance, including the game-winning touchdown catch with just over two minutes left in the game. He finished the game with 109 receiving yards, 7 rushing yards and 27 punt return yards.

We caught up with Edelman, the 2015 Homecoming Parade Grand Marshal and a Varsity “K” Hall of Fame Inductee, and found out more about this sports star.

11. His jersey number at Kent State was #11 and then became #1. “My jersey was #1 in high school for two years and we won championships both years, so I thought it would bring more winning.”

10. He grew up in Redwood City, California. He enrolled at the College of San Mateo before transferring to Kent State, where he was a three-year starter at quarterback from 2006 to 2008.

8. He majored in business management at Kent State. His favorite class was international marketing. “It was a fun class with good student participation, and I enjoyed it. I learned tips that I use to market my own brand.”

7. His favorite place to eat in Kent was Sorboro’s, the team’s pregame meal spot for home games. He also enjoyed smoothies from Pulp in Kent. On his website, he’s portrayed as a burger aficionado and smoothie connoisseur. “Every once in a while, I’ll have a burger, but it doesn’t help my training. That’s what the smoothies are for.”

5. He is on the Athlete Advisory Council of CoachUp, a nationwide service that connects athletes with private coaching in every sport. “Coaching is a huge part of what’s made me my best. Having someone who can remind you about the fundamentals and teach from their experience is a valuable tool for a professional athlete.”

4. His sense of humor helps him connect with fans through social media and other venues. “It’s a way of communicating and getting to show some of your personality.”

3. He once conducted the Boston Pops Orchestra. He led them in a performance of “The Stars and Stripes Forever” at the orchestra’s 2015 annual Presidents at Pops fund-raiser.

2. He visited Israel this past summer to explore his heritage. “I have huge respect for a country that’s so small and has to constantly defend itself against others.”

1. He knows how to overcome challenges. “Just worry about what you can control. Always keep your mind on the goal. Ignore a lot of the noise that’s on the way. Manage your expectations, and try to be as consistent as possible. Don’t let someone tell you that you can’t; prove them wrong.”