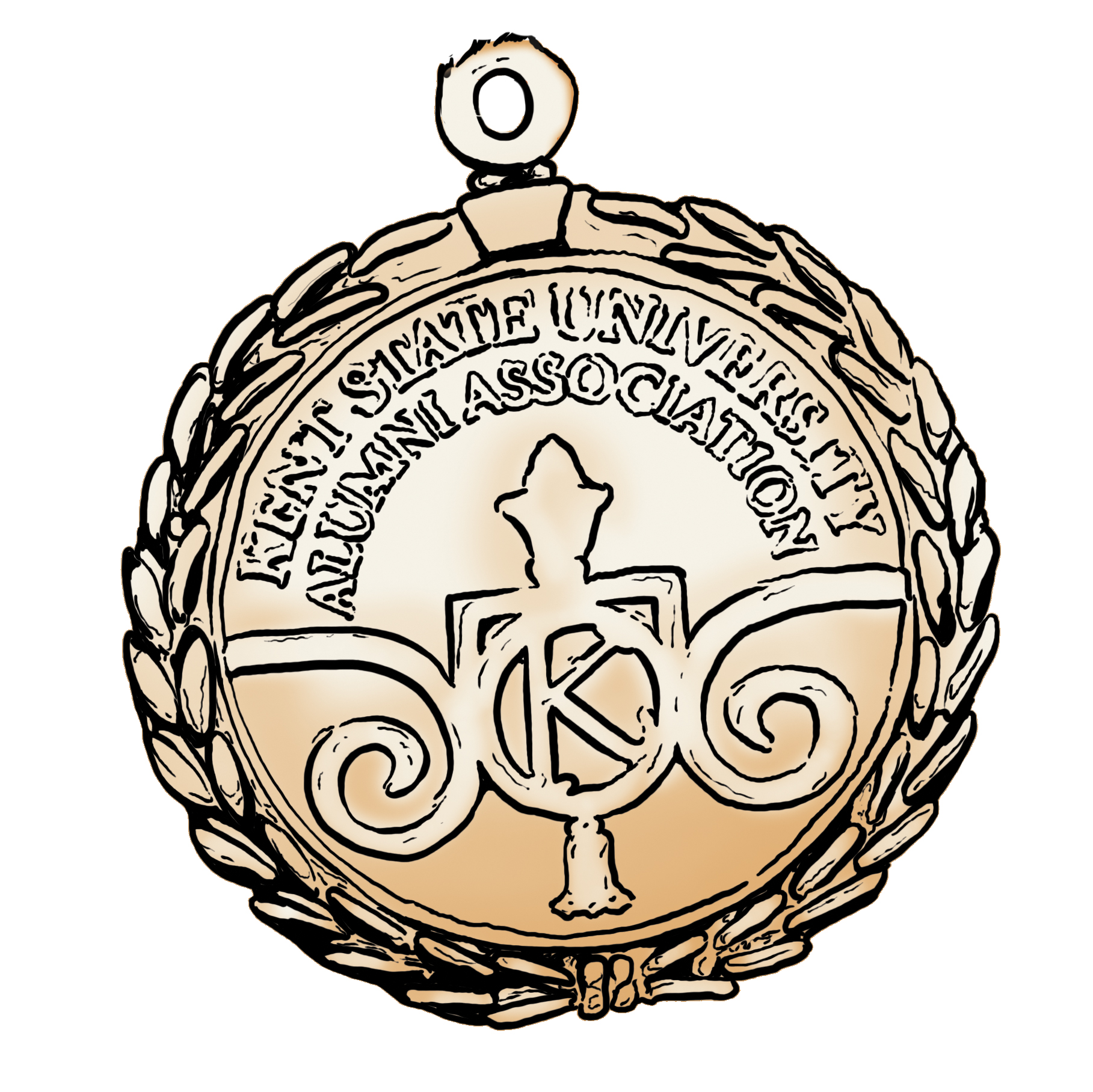 Sharing the Love
Meet the 7 winners of the 2016 Kent State Alumni Award. 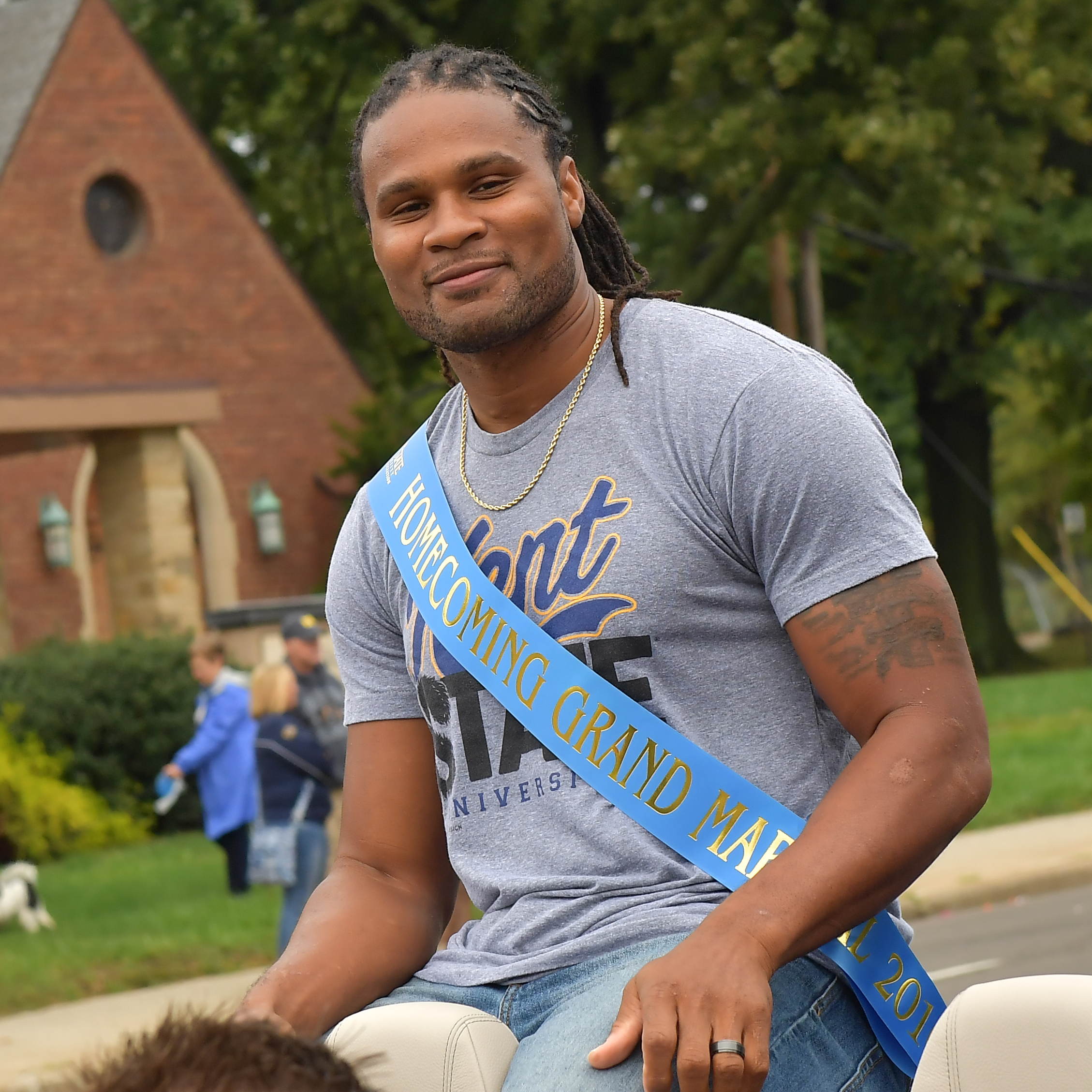 Josh Cribbs wanted to follow in his father’s footsteps and become a Marine or a police officer when he grew up. Instead, he became what many consider one of the greatest return specialists in NFL history.

A four-year starter as quarterback for the Kent State University Golden Flashes, he was signed as an undrafted free agent by the Cleveland Browns in 2005 and earned the team’s MVP title in 2009. He went on to play for the Oakland Raiders, New York Jets and Indianapolis Colts, and he is a 3x NFL Pro Bowler. Inducted into the Kent State Varsity “K” Athletics Hall of Fame in 2011, he returned to Kent State this October as the 2016 Homecoming Parade Grand Marshal.

“I became who I am as an adult through Kent State,” Cribbs says. “I was honored to be the Grand Marshal and represent the university in this fashion.”

He met his wife, Maria, at Kent State’s annual Renaissance Ball and married her eight months later, in 2002. They have two children and go back to Kent as much as possible for Homecoming, basketball games and other events. He claims his family as his greatest life accomplishment.

Cribbs started a flag football league in spring 2016, to give kids another outlet besides playing contact football and risking concussions at a young age. “I’m trying to teach them to be student athletes and have motivation,” he says. “That is rewarding for me.”

We asked him to share some lessons he learned while at Kent State.
To make the most of life:

Be diligent. Don’t take life for granted. My coach at Kent State, Mike Drake, passed away in 2005. He had a passion for the game of football, and his coaching inspired me to do better and want to do better.

Finish what you start. I went back to Kent, took the three classes I had left and graduated. Now I talk to kids in the community about being a student athlete and finishing what they start. 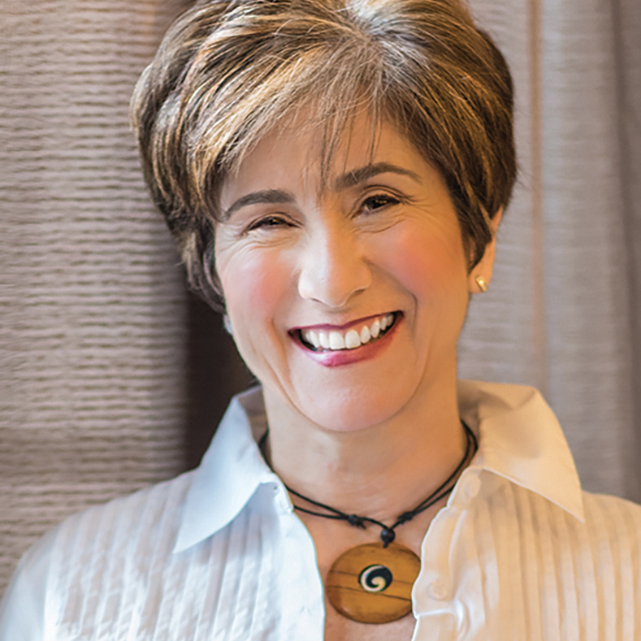 Jen Coken spent six years on the stand-up comedy circuit in Denver, but even her sense of humor was challenged when her mother, Jan Storti, PhD ’99, was dying from ovarian cancer in 2011. That same year Coken’s marriage ended, and she lost 11 other people in her life. Death forced her to face a harsh reality: So often you want to control life, and the truth is you can’t.

“To find true peace, you must come to terms with people and situations as they are, not as you wish them to be,” says Coken. “I learned how to laugh and love myself no matter how dark things seem.”

She writes about coping with her mother’s diagnosis and death in her first book, When I Die, Take My Panties: Turning Your Darkest Moments Into Your Greatest Gifts (2016), fulfilling a promise she’d made to her mom that her death would make as big a difference as her life. Besides educating women about the early signs of ovarian cancer, Coken hopes her message helps people keep their sense of humor and sense of self, no matter what.

For the past 20 years—while she also worked as a political activist—her coaching seminars have helped thousands of people break through their self-made limitations. With the launch of her book and her new company, Embrace the Ridiculousness of Life!, Coken continues to help others navigate challenging times through workshops, coaching and other events.

We asked her how to keep moving forward despite life’s roadblocks.

Face the hard stuff. Experience your emotions instead of numbing yourself with shopping, drinking, drugs, isolating, burying yourself in work, etc. If you don’t deal with what is happening now, you will have to deal with it at some point.

Create community. We usually don’t want to burden anyone, but it’s okay to ask a friend to tell you a silly joke or remind you of how much you are loved and appreciated.

Take back your power. Don’t be a victim. Blaming yourself, someone else or your circumstances will leave you powerless. Instead, ask yourself: “What am I holding on to that I am willing to let go of?”

Move past “why me?” Have it over for a drink or dinner, but don’t let “why me?” spend the night or you will regret it in the morning. A better question is: “What can I learn from what is happening around me?”

Send Us Your Class Note

We’d love to hear from you!

To share your news, complete the form at www.ksualumni.org/classnotes (you may include an image in JPEG, GIF or PNG format) or write Kent State University Alumni Association, Center for Philanthropy & Alumni Engagement, P.O. Box 5190, Kent, OH 44242.

Limit your notes to 100 words or less and include your class year, city, state and degree(s). Notes may be edited for length or clarity and published as space allows.