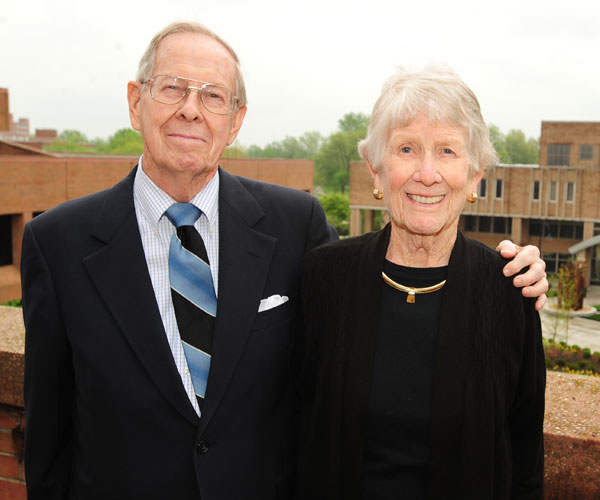 A tribute to John and Helen Williamson

Kent State is a place where many great love stories begin. John and Helen Williamson began their journey together at the university and remained devoted to one another—and their alma mater—throughout their lives.

John Williamson, BBA ’45, who lost his parents at an early age and worked his way through college, said in a 2011 interview that his favorite Kent State memory was meeting his wife, Helen (Morgan) Williamson, BS ’45, who was a member of Tri Sigma Educational Sorority. In addition to delivering blocks of ice for food refrigeration, he worked in the campus print shop and sometimes taught students how to run the printers. When Helen’s sister came in for a lesson, he asked her on a date.

“She told me I was too young and that she had a sister who sat in front of me in psychology,” he said. “So I met Helen in class, tapped her on her shoulder and asked her on our first date. We got engaged in college and were married on Aug. 3, 1945.”

After graduating, the couple spent their first six years in Cleveland and then moved to Toledo in 1951 for what would become John Williamson’s longtime career with The Toledo Edison Company. He was promoted to president and CEO in 1972, and he received the Distinguished Alumnus Award from Kent State in 1974. He was at the utility’s helm in 1986 when it merged with Cleveland Electric Illuminating Co., and he retired in 1987 as chairman emeritus of Toledo Edison and Centerior Energy Corp.

Helen Williamson, who majored in home economics, stayed home to care for their three sons. She also applied her skills and optimism to volunteer activities, which included organizing a private kindergarten before it was offered in a public school system, volunteering for the Toledo Meals on Wheels program, and serving as officer and president of a local PTA, president of Epworth United Methodist Church Women’s Guild and president of the Corey Woods Garden Club. Among her many honors, she received the Gold Medallion Award for service to Kent State University. 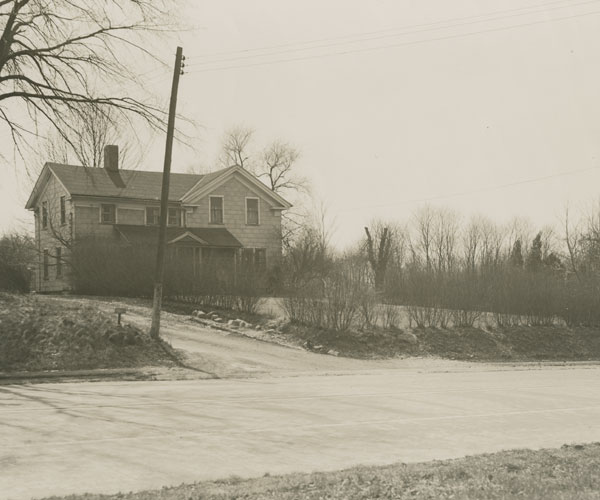 The Williamsons recognized the importance of having a home away from home for Kent State alumni. When they were students, what was then known as the Curtiss House became the president’s residence in 1942 and remained so until 1988, when the house was offered to the office of alumni relations.

“We had the idea to use the president’s home to attract graduates from all over,” John Williamson said. “In my mind [the alumni center] created good will.”

Private gifts totaling $1.6 million were raised for renovations and to build an addition. John and Helen gave the lead gift and the building, completed in the summer of 1992, was named the Williamson Alumni Center to honor them.

Although Kent State Alumni moved to the new Center of Philanthropy & Alumni Engagement in December 2015, the Williamson House continues to be used to support the Kent State community. 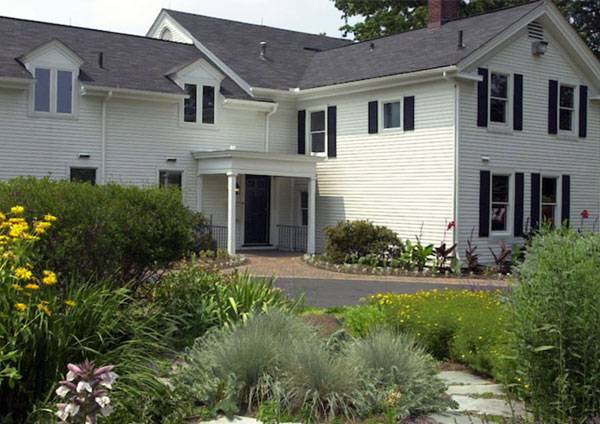 According to Helen Williamson’s obituary, her philosophy was, “Life is made up of many stages. When leaving a stage, look forward to new challenges and opportunities. Don’t live in the past.”—Ashley Whaley, BS ’06, MEd ’12