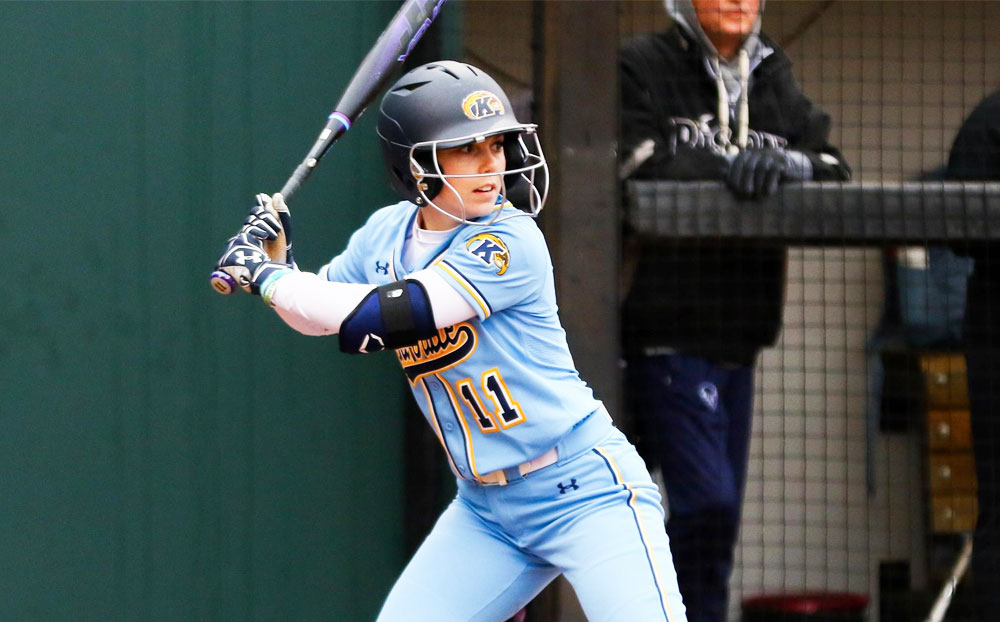 Before her graduation in May, Maria Cegledy, BS ’20, Pastaskala, Ohio, looked forward to participating in senior day and enjoying her final softball season with her teammates.

“We had plans to win the MAC regular season, win the MAC tournament and go on to the NCAA tournament like we did my freshman year in 2017,” she says.“COVID-19 altered those plans, and we did not play any conference games or have either tournament.”

During her abbreviated senior season, Cegledy started all 19 games for the Golden Flashes in center field. She was second on the team in doubles (5) and third in runs scored (9) and RBIs (7). A student athlete with a 4.00 grade point average, she received numerous academic and sports accolades, including the MAC’s Medal of Excellence Award and being named an Academic All American in 2019 and 2020.

In addition, she was named one of two recipients of the 2020 Bob James Memorial Scholarship Award by the Mid-American Conference Faculty Athletics Representatives. The $5,000 post-graduate scholarship recognizes students with a 3.50 GPA or over who have displayed good character, leadership and citizenship.

Cegledy, whose undergrad degree is in exercise science, is now a student at Ohio University in the physical therapy program and looks forward to becoming a physical therapist.

While at Kent State, she found time to volunteer at the King Kennedy Center preparing peace baskets during the holidays and serving as an advocate for the softball team’s annual “She Will” game, dedicated to promoting girls and women in sports.

During her final semester, she had to adapt to the new normal of online classes and keeping a safe distance from her teammates. She kept her classes at their normal times to maintain some kind of schedule, and she looked forward to doing something different each day—“whether it was working out, running, reading, cleaning or starting a new show on Netflix.”

Cegledy has words of wisdom for athletes in the class of 2021: Appreciate and take advantage of each day as it comes, despite the challenges you may encounter. “Things might not always go as planned, but it really is about the journey and the people standing next to you through it all,” she says. “Enjoy your time at such an incredible place filled with the most amazing people. Flashes Forever!”
—April McClellan-Copeland