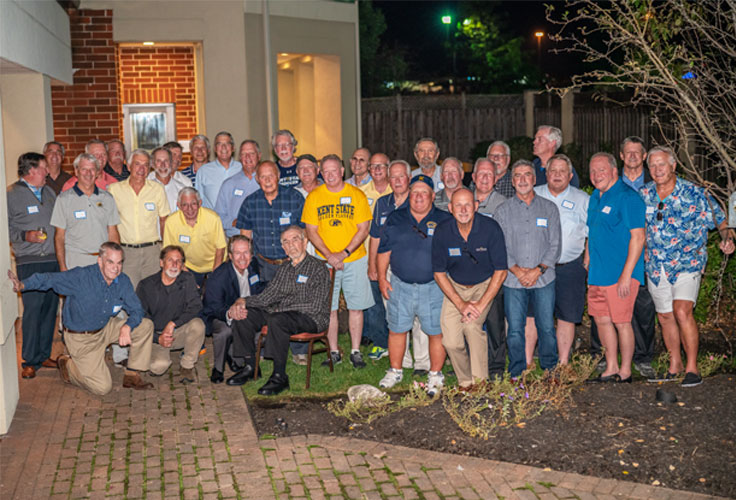 Organized by former player Fred Jermyn, BS ’74, San Diego, it was the first full-scale reunion of Kent State men’s soccer alumni since the program began 70 years ago. It originated in 1949 as a Club team by Fred Davidson, PhD, a psychology professor who had played the game in high school and amateur ranks and wanted to introduce the sport to KSU. The soccer program came to a halt after the 1950 season when Dr. Davidson was called into the US military for the Korean War. It was relaunched in 1963 by Rudy Bachna (who also founded the Kent State gymnastics program in 1959, serving as head coach of gymnastics until his retirement in 1991). Varsity status was achieved for Kent State men’s soccer in 1965 and continued through the program’s final season in 1980. 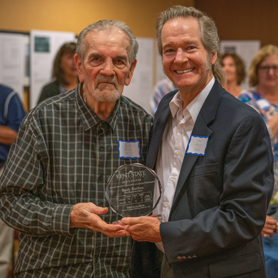 Bachna was honored by the Kent State men’s soccer alumni with a trophy for Most Head Coach Wins and a plaque recognizing his legacy, which will be installed in the Kent State Field House.

Gary Gough, BS ’92, Hudson, Ohio, a player from 1972-75, says, “It took one fantastic banquet organizer, a lot of traveling for most and 39-70 years to attend the greatest Kent State banquet in history.” View list of attendees.