Lauren Kotmel ’11 is engaging and attracting Cleveland’s next generation of arts participants and patrons. 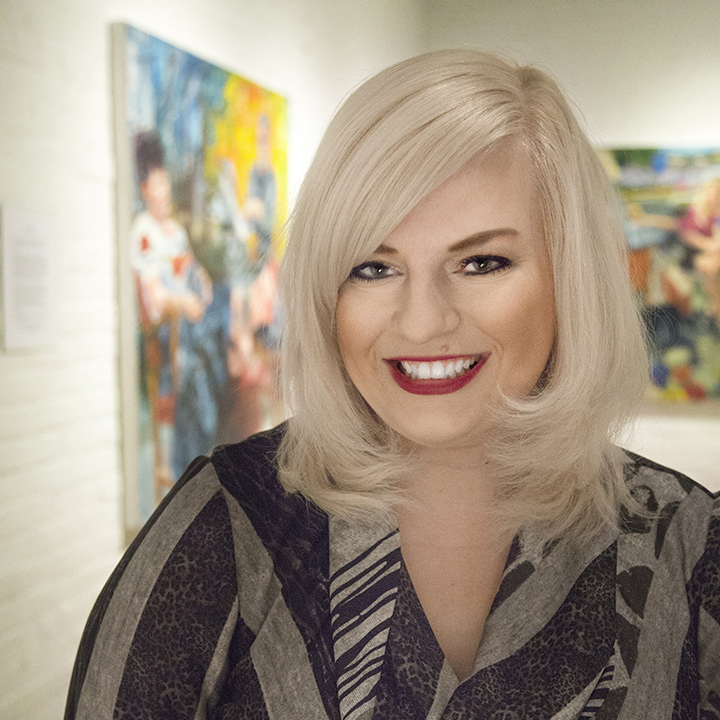 Four years ago, a leader at the Cleveland Museum of Art asked Lauren Kotmel ’11, who was working in the museum’s marketing department at the time, to join nine other museum and community leaders in spearheading the museum’s first young professionals group.

“The Cleveland Museum of Art is one of the nation’s premier cultural institutions, and it was time for a young professional group to emerge that reflected that,” says Kotmel, who helped cofound Column & Stripe: The Young Friends of the Cleveland Museum of Art and currently serves on its board. “We started the group as a way to bridge the old with the new and bring together the next generation of artists, arts consumers, leaders and philanthropists. It offers innovative programming to members such as behind-the-scenes curator tours, visits to local galleries and networking with accomplished arts professionals in our community.”

Studies show that millennials (usually defined as the generation born in the 1980s or 1990s) are more likely to become involved with organizations by spreading the word, fundraising or volunteering than by donating money. Younger people may not be able to give much now, but organizations are building relationships with them for the long run.

“Northeast Ohio is jam-packed with free and low-cost opportunities for young people who don’t have extra money to spend,” says Kotmel. “Local organizations understand that we are the next generation of people who are going to steward them into the future. I’ve heard people say that millennials are unmotivated, but that’s not true. We care about the world we’re going to live in 20 years from now.”

In addition to Column & Stripe, Kotmel serves on the board of Brite Winter Music Festival, Cleveland’s free annual outdoor music and art festival held in February. “Brite Winter celebrates winter rather than tolerates it,” says Kotmel. “This year’s festival features 63 bands and 12 visual artists in the Ohio City neighborhood. We expect nearly 25,000 people will attend.”

She’s also on the selection committee for the Cleveland International Film Festival, as well as on the benefit committee for SPACES Art Gallery, a contemporary art venue dedicated to artists who explore and experiment.

“Every year, I bring 25 Chi Omega volunteers from Kent State to volunteer at the benefit,” says Kotmel, who is the philanthropy advisor for the women’s fraternity. “While I was a student at Kent State, Chi Omega instilled me with a lifelong philanthropic spirit. Volunteering gives your life purpose.”

Along the way, Kotmel has picked up several awards recognizing her commitment to community service, including a 2014 Northeast Ohio Top 25 under 35 Movers & Shakers Award from the Cleveland Professional 20/30 Club, as well as the 2014 Outstanding New Professional Award from Kent State University.

“Inspiring my generation is all about championing inventive ideas,” says Kotmel. “Once people feel safe and comfortable experiencing the arts, it evokes a natural chain of curiosity.” She loves taking her friends to 78th Street Studios, a multistory warehouse in Cleveland that features art galleries, artist studios, design showrooms and other creative spaces. It hosts a public event once a month with live music, food and pop-up vendors.

“Sometimes I’ve had to drag friends there; but nine times out of ten, they’re grateful I brought them,” Kotmel says. “Art isn’t just something you look at on a wall. It can be any medium you use to express yourself—a light display, a live band, an interactive photo installation. Art makes your soul grow, and when words fail, art can speak.”

Supporting the arts is just one element of Kotmel’s full-time job as development and community relations specialist for Downtown Cleveland Alliance, where she works with donors and foundations to help steward initiatives that make Cleveland a compelling place to be. She works on everything from homeless assistance to restoring buildings to fundraising for programs like Sparx City Hop, an annual event that gives participants free trolley rides around Cleveland’s core districts to connect them with galleries, artist studios, restaurants, markets and retail shops. “Arts and culture help transform communities and restore neighborhoods,” says Kotmel. “They are an essential part of any vibrant city.”

Kotmel, who majored in English at Kent State, discovered her passion for development and the arts when she participated in the Washington Program in National Issues and spent a semester as an intern in the Office of Public Affairs at the Smithsonian Institution, which oversees programming across its 19 museums and galleries and the National Zoological Park.

“That internship opened my eyes to sustainable careers in the liberal arts,” Kotmel says. “It also helped me land positions at the Cleveland Museum of Art, the Rock and Roll Hall of Fame and Museum, and now Downtown Cleveland Alliance.”

Her experience with the Washington Program also spurred her to obtain a Master of Arts in nonprofit and arts organization management from John Carroll University.

While a graduate student, Kotmel did audience testing and research for the Cleveland Museum of Art’s multimillion-dollar education initiative, Gallery One, located on the museum’s first floor. Visitors can interact with a 40-foot-wide touch screen that shows all 3,000 images on display in the museum’s collection, and they can transfer their favorites to an iPad app and create a personalized tour that can be shared with others.

“During the research phase it was fascinating to put the same image in front of five people and get completely different responses,” she says. “Everyone sees the world differently.”

Kotmel hopes to keep energizing her world with ingenuity and spirit. “Cleveland is a world-class city with unlimited potential,” she says. “It’s also immensely fulfilling to help people find their passions and give back to their community.”

Kotmel's tips on how to start an art collection