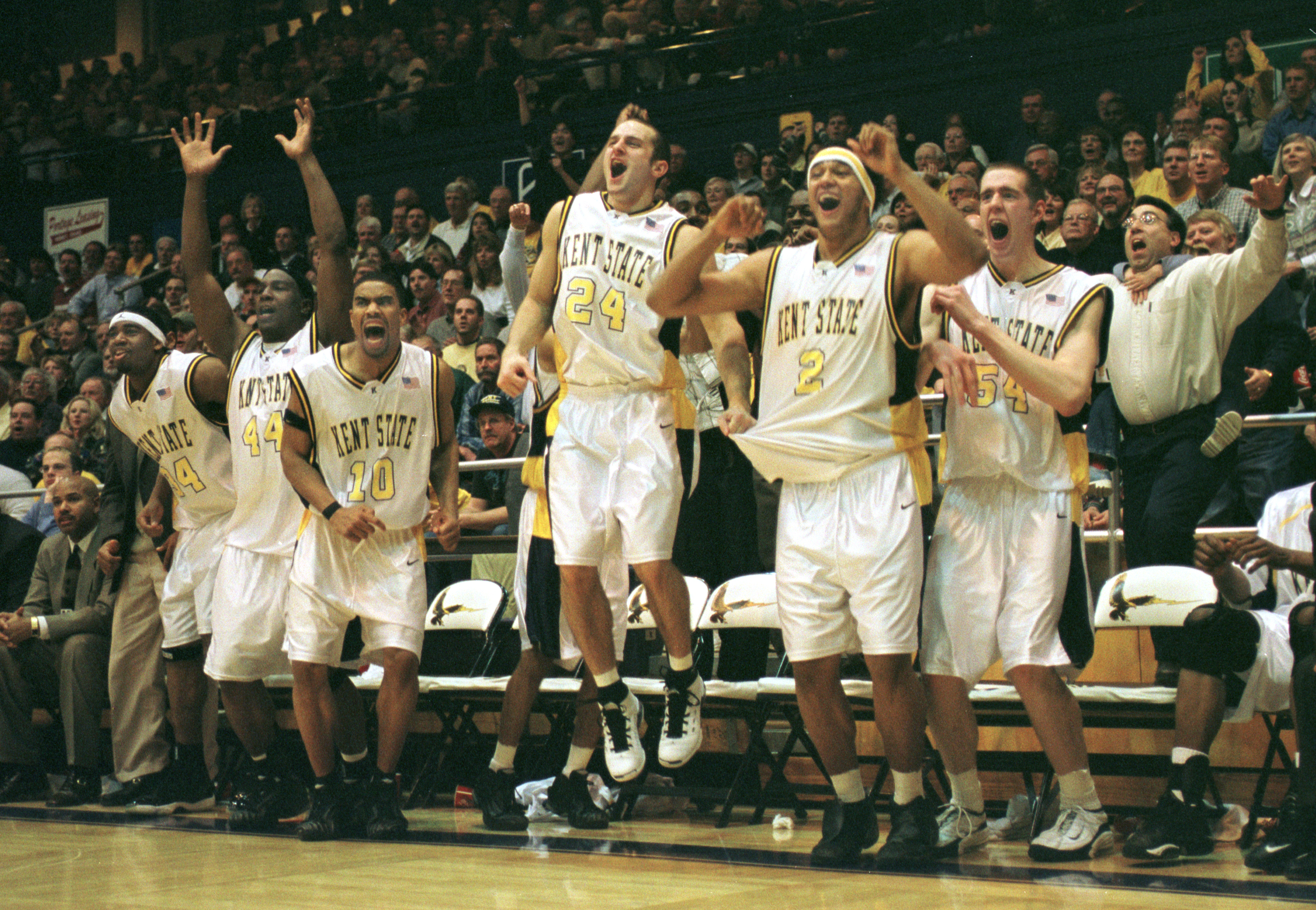 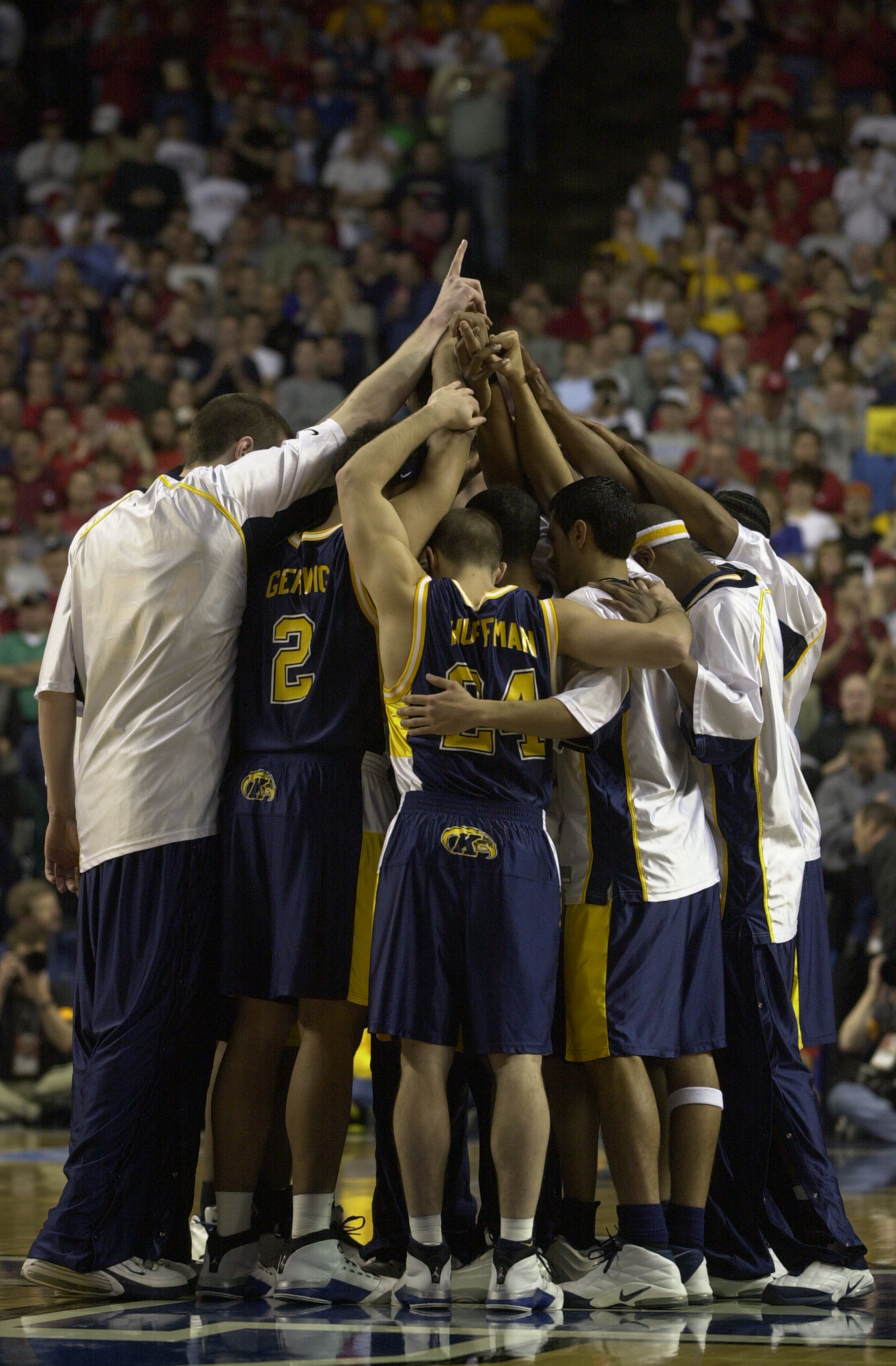 Memories of glory have been rekindled for Golden Flashes basketball fans. Two halls of fame are honoring the 2001–02 Kent State men’s basketball team and their historic run to the Elite Eight of the NCAA Tournament.

As part of the 15th anniversary of the Elite Eight run, Kent State’s Varsity “K” Hall of Fame recognized them as a team of distinction during the September 17 induction ceremony.

The National Collegiate Basketball Hall of Fame in Kansas City, Missouri, is inducting the team on November 18 and including the Flashes’ 2002 postseason in an exhibit of the top ten most memorable runs in NCAA tournament history. (The exhibit opens in November and will be on display one year.)

The Varsity “K” Hall of Fame celebration was the largest reunion of the 2001–02 team since it clinched a spot in the Elite Eight with a 78–73 overtime win against Pittsburgh in Lexington, Kentucky. All but four people connected to the team made it back to the Kent Campus, including a group of 17 players, coaches and support staff.

“It means a great deal to us for that season to still stick out in people’s memories,” says Golden Flashes assistant men’s basketball coach Eric Haut, who played on the 2001–02 team. “I’ll be in airports and people will see the Kent State logo on my chest and say ‘hey, I remember that year when you made the run.’

“Now to hear that we will be included in an exhibit at the National Collegiate Basketball Hall of Fame is kind of shocking. A lot of schools have made Cinderella runs in the last 15 years, but when we did it, it was pretty rare.”

Though the team didn’t make it to the Final Four, Haut is convinced “if we would have beaten Indiana in the Elite Eight, we would have won our next game and played for the national championship.”

At Right: The Golden Flashes huddle prior to their March 23, 2002 Elite Eight game against Indiana at Rupp Arena in Lexington, Kentucky. Photos courtesy Kent State Athletics.

Learn more about the Hall of Fame exhibit at www.collegebasketballexperience.com.