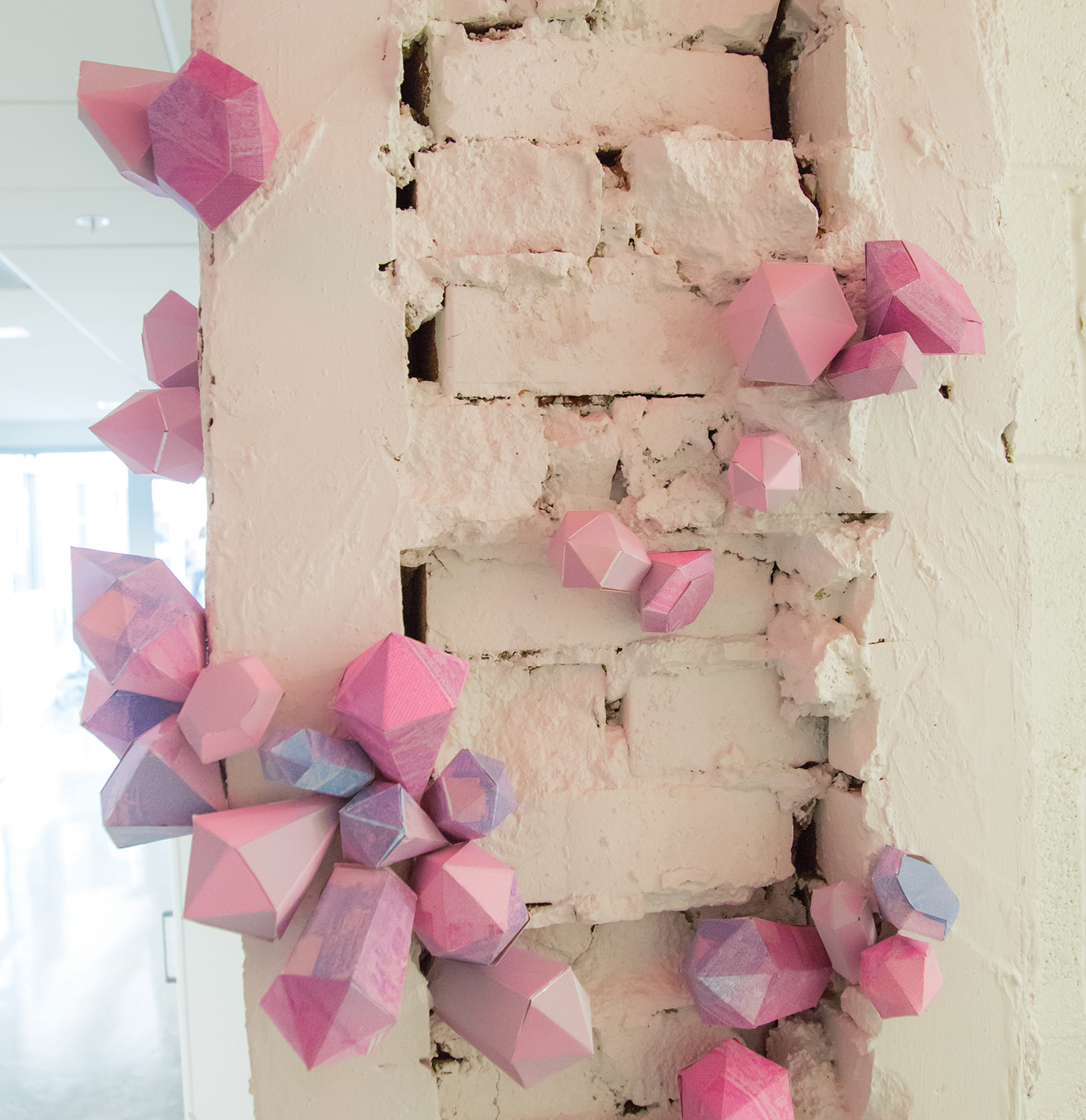 As an exercise in presentation and installation, printmaking professor Michael Loderstedt, M.F.A. ’85, challenged his students in Screen Printing 1 (Serigraphy)—one of the first classes held in the Center for the Visual Arts—to create multiples of a 3D screen print and incorporate them into the new building for their critique.

“I encourage students to push the boundaries of what is considered fine art printmaking,” says Loderstedt, who is the interim director of the School of Art. “We want our media to capture a viewer’s attention and be as competitive as any other art form that exists in the contemporary world. A ‘printstallation’—combining printmaking and installation—is one way to do that.”

Students scouted the new center to find sources of inspiration and interesting spaces in which to install their projects, then set to work. For her site, senior Shelby Solomon, who has a double major in printmaking and metalsmithing, chose a ragged brick opening—which the architects deliberately left raw to retain the industrial feel of the old buildings.

“I wanted to incorporate these messed-up bricks because they’re right at the place where the old and new sections join,” says Solomon. “I’ve always felt connected to crystal structures because they’re representative of growth, so I thought this would be a good way to utilize the architecture and express a sense of growth from old to new.”

Solomon screen-printed four different shades of pink onto glossy photo paper, plus a halftone of the city of Pittsburgh (“because that’s where I’m from”) to give the crystals more dimension, then scored and folded the paper structures and attached them to the rough wall—connecting her artwork to the new center in more ways than one.

See a slideshow of more 3D Printstallations from the class