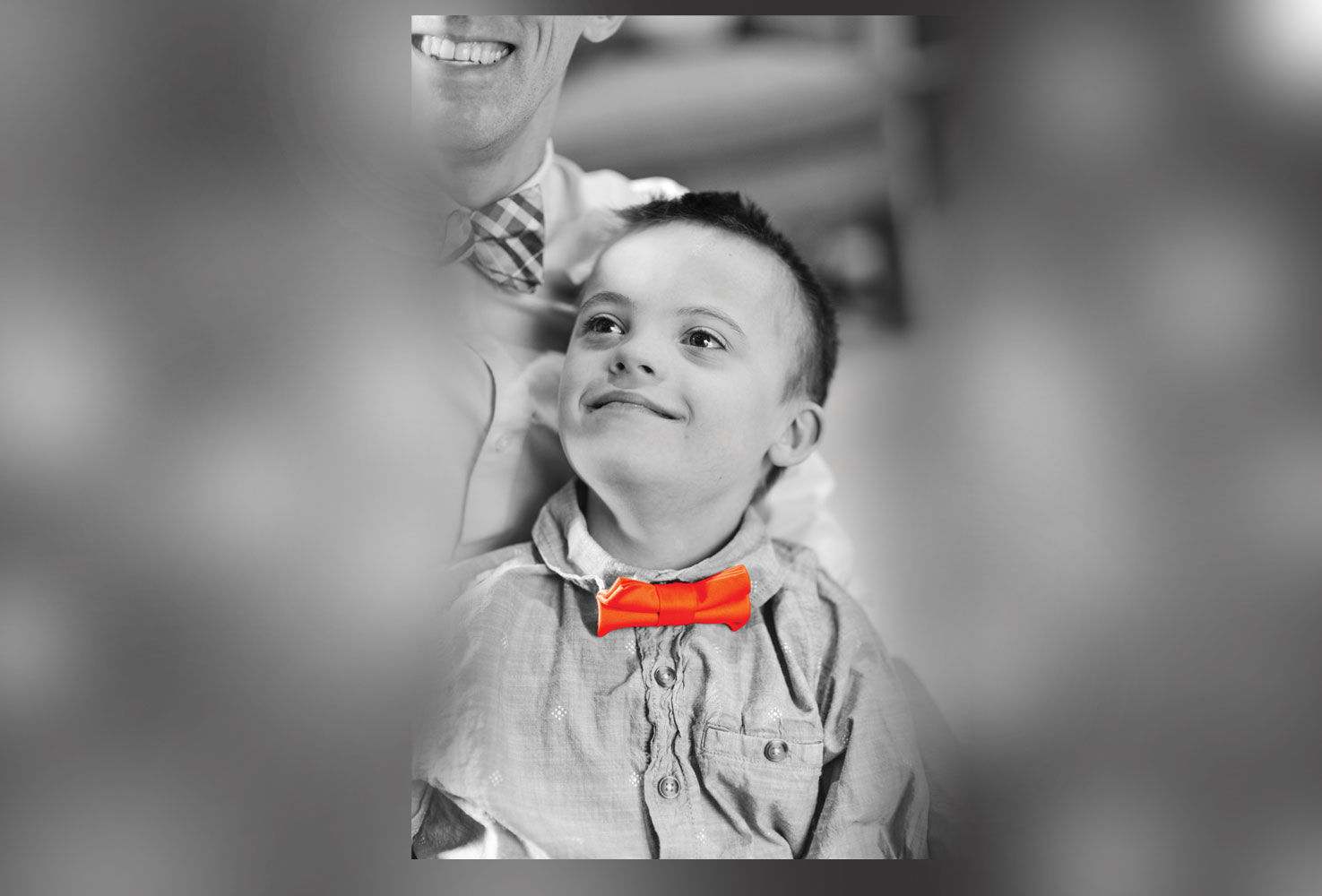 He wasn’t looking forward to it, but Paul Marnecheck, BA ’03, MA ’10, knew he had to have an uncomfortable conversation with his tailor. The man who had been custom-making his special-occasion bow ties deserved the truth—and the truth was that he had found someone else.

“I went in and told him I might not see him for a little bit,” Mr. Marnecheck says, “and this is why.” 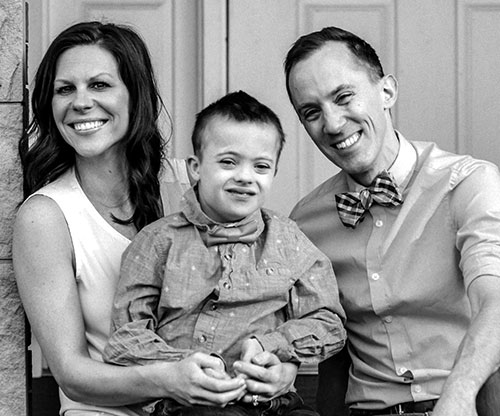 The why was H-Bomb Ties, a Cleveland-area purveyor of fine men’s and children’s neckwear created by his childhood friend and Kent State classmate John Chmura, BBA ’03, and his wife, Tera. The couple launched H-Bomb Ties in November 2018, envisioning a job development program for people with special needs, beginning with their oldest child, Harrison, who turned 10 in the spring.

Harrison, also known as H-Bomb, was born with Down syndrome and diagnosed with autism at a young age. “If you’ve ever met an individual with Down syndrome, they are just the most loving people ever, and that’s Harrison,” says John Chmura, who lists a few of Harrison’s favorite things as the cartoon Yo Gabba Gabba!, playing outside and cheering on a special needs cheer squad. “He’s just happy. He’s a joy to be around.”

The autism diagnosis adds what Mr. Chmura calls “this kind of wild card thing.” He says Harrison displays “autistic tendencies” such as being nonverbal (he uses an iPad to communicate), “but then you still get all the happiness that comes with Down syndrome. And also the stubbornness.”

The stubbornness could explain Harrison’s lifelong fascination with bow ties. Thanks to his dad, Harrison began wearing bow ties in infancy. He kept up the look when he got old enough to choose his own clothing, and when he began attending school, he inspired Bow Tie Fridays, during which male staffers at the school adopted Harrison’s signature look.

“It was really cute because they did it to support Harrison, but then they also had a lot of fun with it,” Mr. Chmura says. “Of course, he loved the attention.”

With the launch of H-Bomb Ties, Harrison has an early start on his own business education.

“Because of the challenges with employing someone like Harrison—and especially on top of that the fact that he’s nonverbal—[Tera and I] always figured we were going to have to start a business for him at one point,” says Mr. Chmura, who is chief technology officer for a software company.

To get his fledgling company off the ground, Mr. Chmura, who majored in computer information systems at KSU, found himself recalling lessons from classes he never expected to use, like accounting, business law and marketing.

“When you’re an undergrad, you think of these as just ‘things I have to get through to get to the exciting stuff,’” he says. “But as it turns out, that’s the stuff now I’m drawing from.” 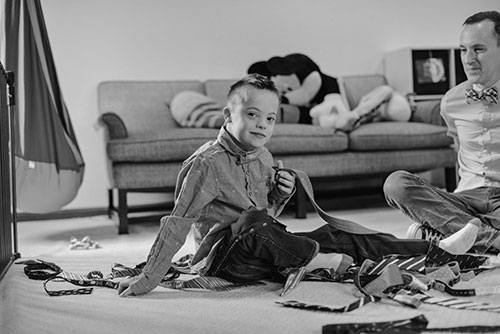 With the launch of H-Bomb Ties, Harrison has an early start on his own business education. He helps choose patterns, pack orders and make deliveries to local customers. He rings the bell and hands off the package, usually with a fist bump. He also hand-stamps his signature on every outgoing order and is the face of the company.

The company currently wholesales its ties, but Mr. Chmura has plans in the works to partner with a manufacturer. The company’s first custom-designed product will be a Down-syndrome-awareness tie.

“That’s our big project for 2019,” he says. “After we figure out how to do all that, then I think the sky is the limit in terms of designs.”

Longer-term plans include hiring other people with special needs like Harrison as the company grows.

Supporting meaningful work for all

Experimentation and adaptability are key for successfully employing people with special needs. “Their skills are going to be unique,” John Chmura says. Harrison offers a case in point. H-Bomb Ties has an inventory storage system that allows Harrison to retrieve the correct ties, but “another kid—or adult for that matter—may need a different system,” he says.

Mr. Chmura encourages business owners interested in employing people with special needs to begin by contacting the relevant office of their local or state government for advice.