Kent State University held its One University Commencement Ceremony at Dix Stadium on May 13, 2017. The ceremony marked the first time all Kent State graduates from the eight-campus system were convened and honored together.

Friends and families joined in the group celebration, which featured Academy-Award–winning actress and author Octavia Spencer as the much-anticipated keynote speaker. See more about the One University Commencement. 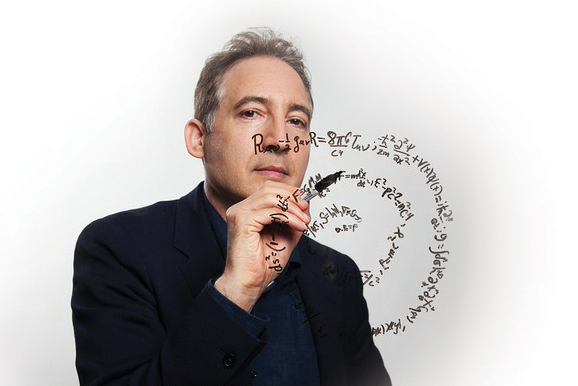 “Being a scientist is spending a good fraction of your life feeling uncomfortable because you don’t know if you’re right or wrong. You don’t know if what you’re doing is relevant or not. But that is who we are fundamentally—we are explorers. Science is the dramatic story of discovery.”

—Brian Greene, PhD, world-renowned theoretical physicist for his discoveries in string theory, “The Drive to Innovate: Stories from the Frontiers of Discovery,” Guest of Honor University Artist/Lecture Series, April 12, 2017

Great Workplace: For the eighth time, Kent State University was recognized as a “Great College to Work For” by The Chronicle of Higher Education, the only college in Ohio named to this prestigious list. Forbes named Kent State one of America’s Best Midsize Employers, ranked 170 out of 301. And the Society for Diversity honored Kent State with its Innovation and Inclusion Leadership Award.

Top Airport: The Kent State University Airport was designated Airport of the Year by the Ohio Aviation Association, during its annual conference in Columbus, Ohio.

Safe Campus: Kent State University was ranked #11 Safest College in America, among more than 2,000 four-year colleges and universities, by the National Council for Home Safety and Security.

Kent State became a smoke-free, tobacco-free university on July 1, 2017. Approved last year by the Board of Trustees, the new policy aligns with the university-level initiative to create a healthy campus environment for all employees, students and visitors.

The policy covers all Kent State campuses, locations and properties, both domestic and international, and applies to all members of the university community: students, employees, volunteers, vendors, visitors and customers—who are all encouraged to be good neighbors and not smoke on neighborhood lawns, medians, etc.

All smoking is prohibited, including electronic smoking devices, mod boxes or electronic nicotine delivery systems that create an aerosol or vapor. Also prohibited is the use of nicotine, tobacco-derived or plant-based products and oral tobacco. See www.kent.edu/smoke-free.

Learning to Connect
Hear from Kate Otto, the author of this year's Common Reading book, Everyday Ambassador: Making a Difference by Connection in a Disconnected World.

A Look Back
The five-year process to digitize every printed issue of The Daily Kent Stater has been completed.

Notes from the Margins
Sociologist Christopher Dum, PhD, shares an excerpt from his book Exiled in America: Life on the Margins in a Residential Motel.