Fourth time is the charm for the Kent State Golden Flashes football team, which made history with a 51-41 win over Utah State in the Tropical Smoothie Café Frisco Bowl on December 20, 2019 in Frisco, Texas.

The Golden Flashes’ first three bowl appearances—the 1954 Refrigerator Bowl, the 1972 Tangerine Bowl and the 2013 GoDaddy.com Bowl—ended in defeat. This time, however, Kent State emerged with its first bowl win in the program’s history, capping a 7-6 season for the Golden Flashes.

Highlights from the game include: 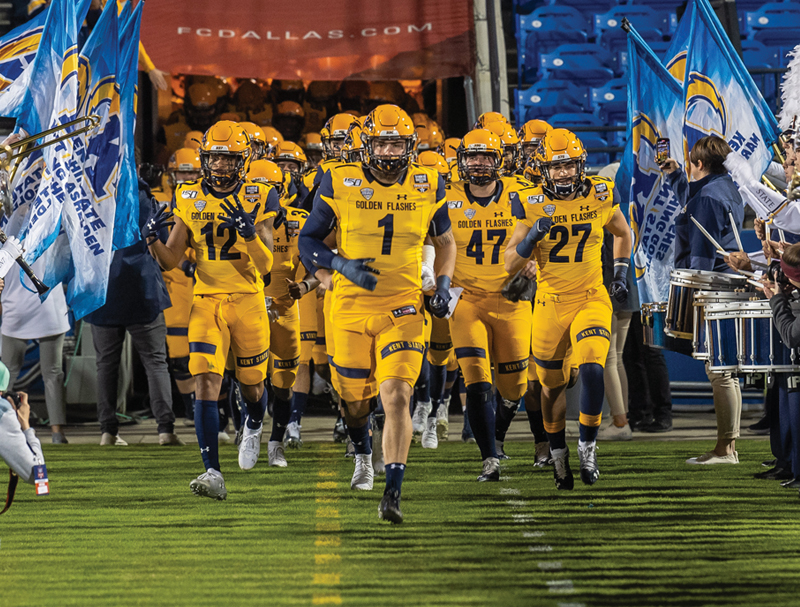 Kent State is the only Football Bowl Subdivision (FBS) to win their last three games of the regular season to become bowl eligible. Previous wins over Buffalo, Ball State and Eastern Michigan improved the team to 6-6 entering the Frisco Bowl competition. 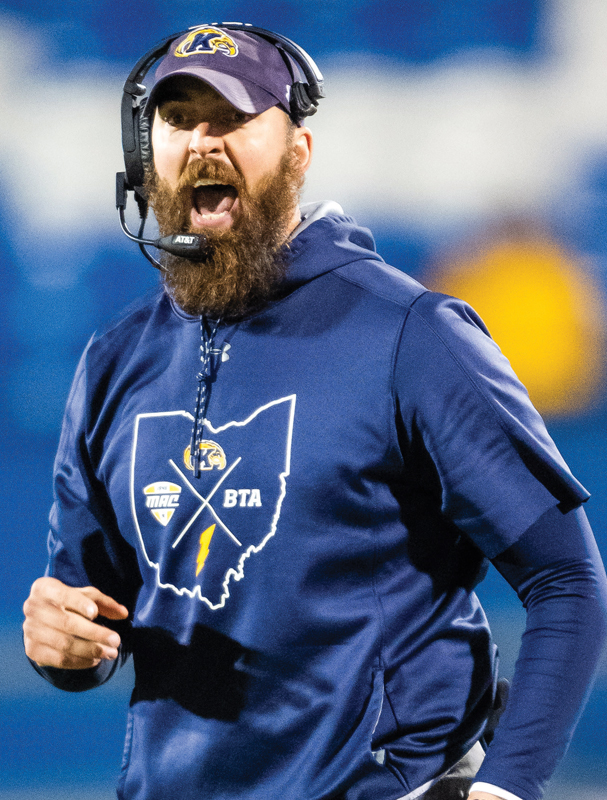 In his second year as head coach, Sean Lewis leads the Golden Flashes from 2-10 in 2018 to 6-6 in 2019. “The resiliency of these guys and this team is a testament to the hard work they’ve put in,” says Coach Lewis. 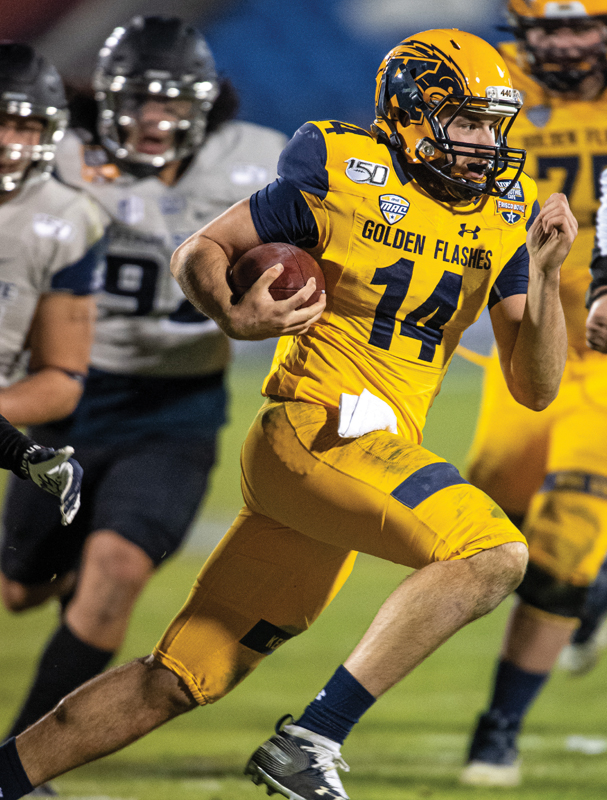 Down 27-26 in the fourth quarter, Golden Flashes quarterback Dustin Crum (#14) leads four consecutive scoring drives to seal the win. Crum throws for two touchdowns and runs for a third on his way to being named game MVP.

Interviewed about the final touchdown, Crum says, “I couldn’t be happier right now, changing the culture with this group of guys.” 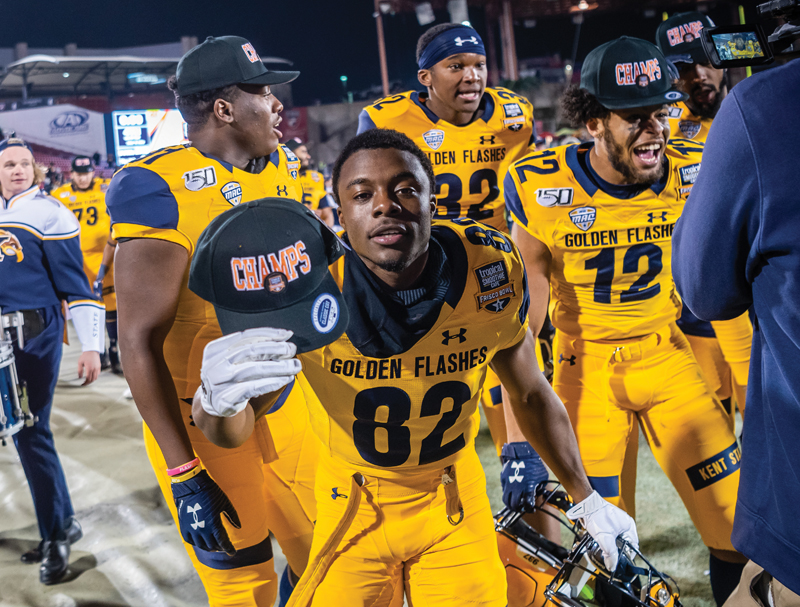 The results of the game land the Golden Flashes coverage on local news channels, along with USA Today and Sports Illustrated.
—Morgan Anglin, BS ’20; Photos by Rami Daud