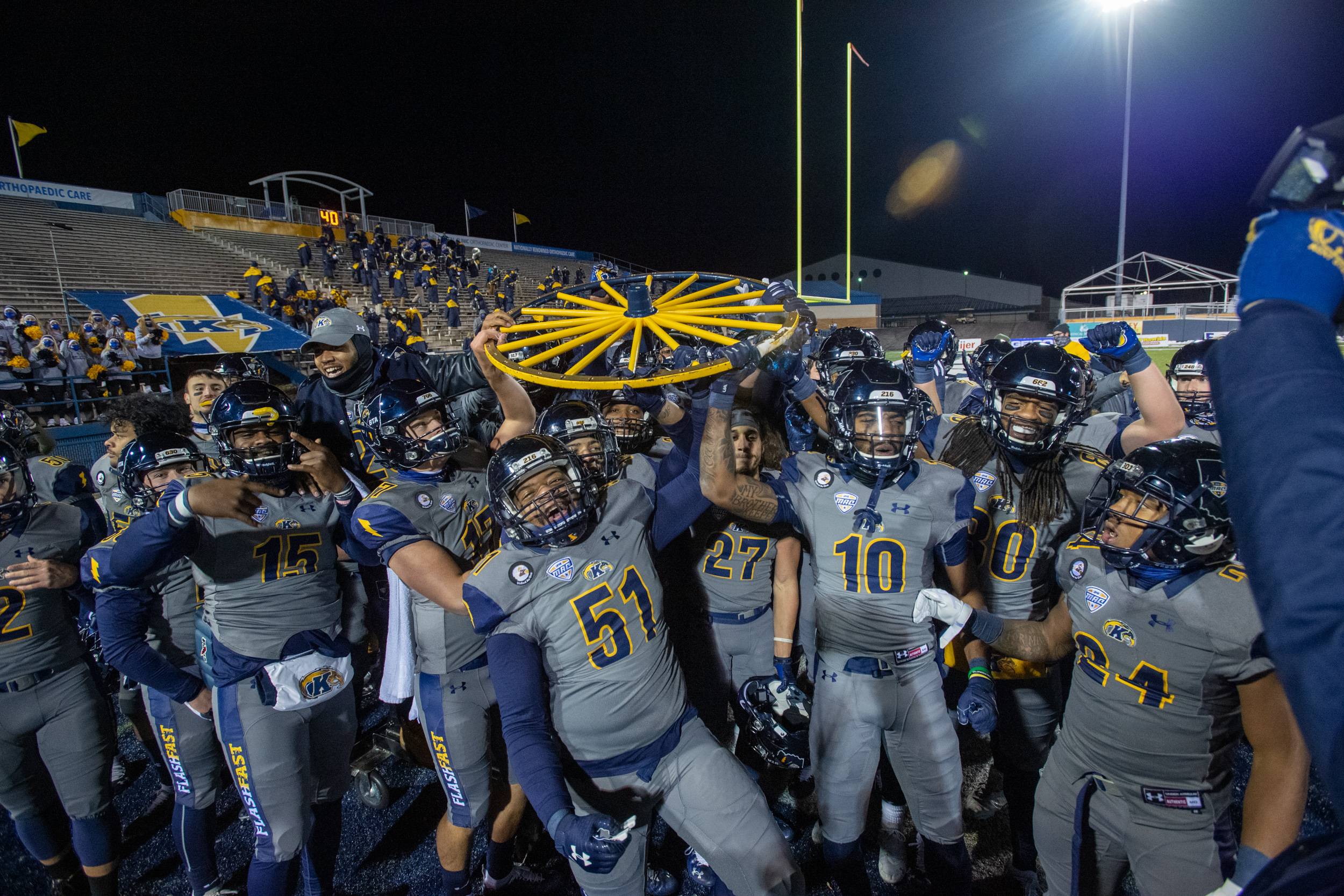 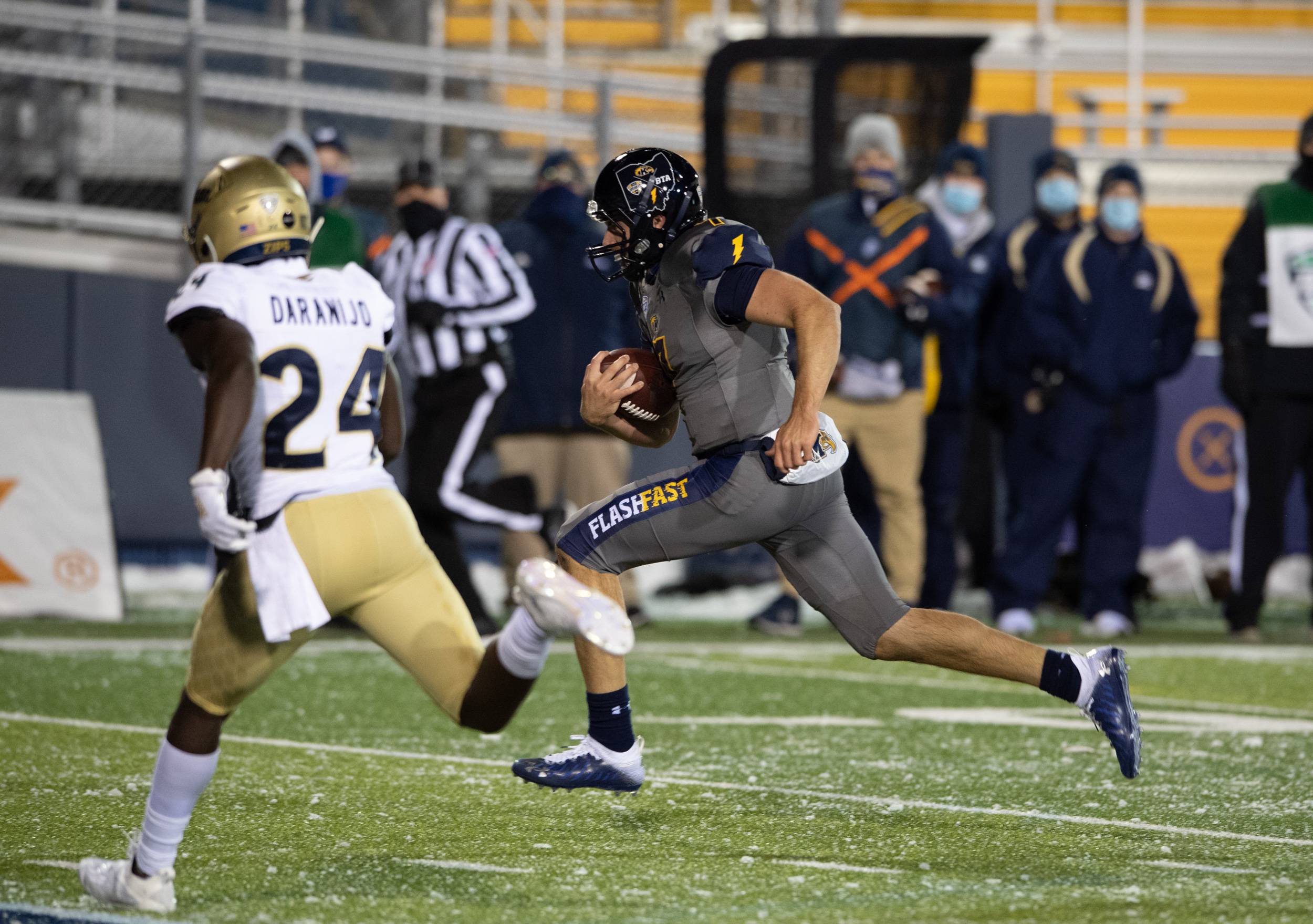 The Kent State Golden Flashes secured the Wagon Wheel for the second straight season with a 69-35 blowout of the University of Akron. The Nov. 17 win moved Kent State to 3-0 for the first time since 1958 and was the Golden Flashes’ seventh consecutive victory going back to last season.

Quarterback Dustin Crum led the way, becoming the first player in Kent State history to throw for three touchdowns and rush for two scores in a game. Crum became only the fifth player in school history to account for at least five touchdowns in a game.

Even without fans in the stands, Kent State’s cheerleaders kept up the energy inside a chilly Dix Stadium. 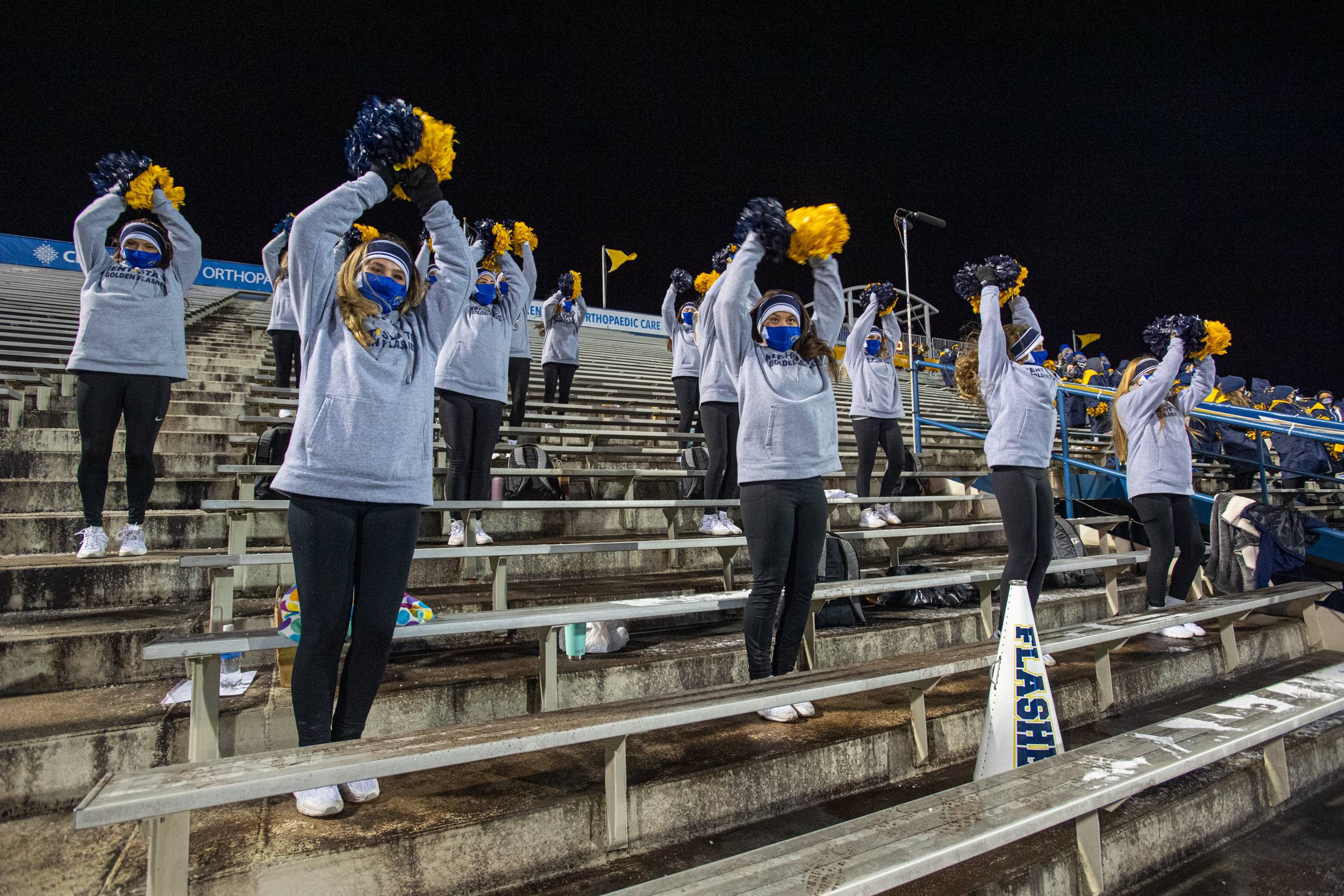 Because of the pandemic, Kent State played a modified schedule against opponents from the Mid American Conference and finished the season with a 4-1 record.