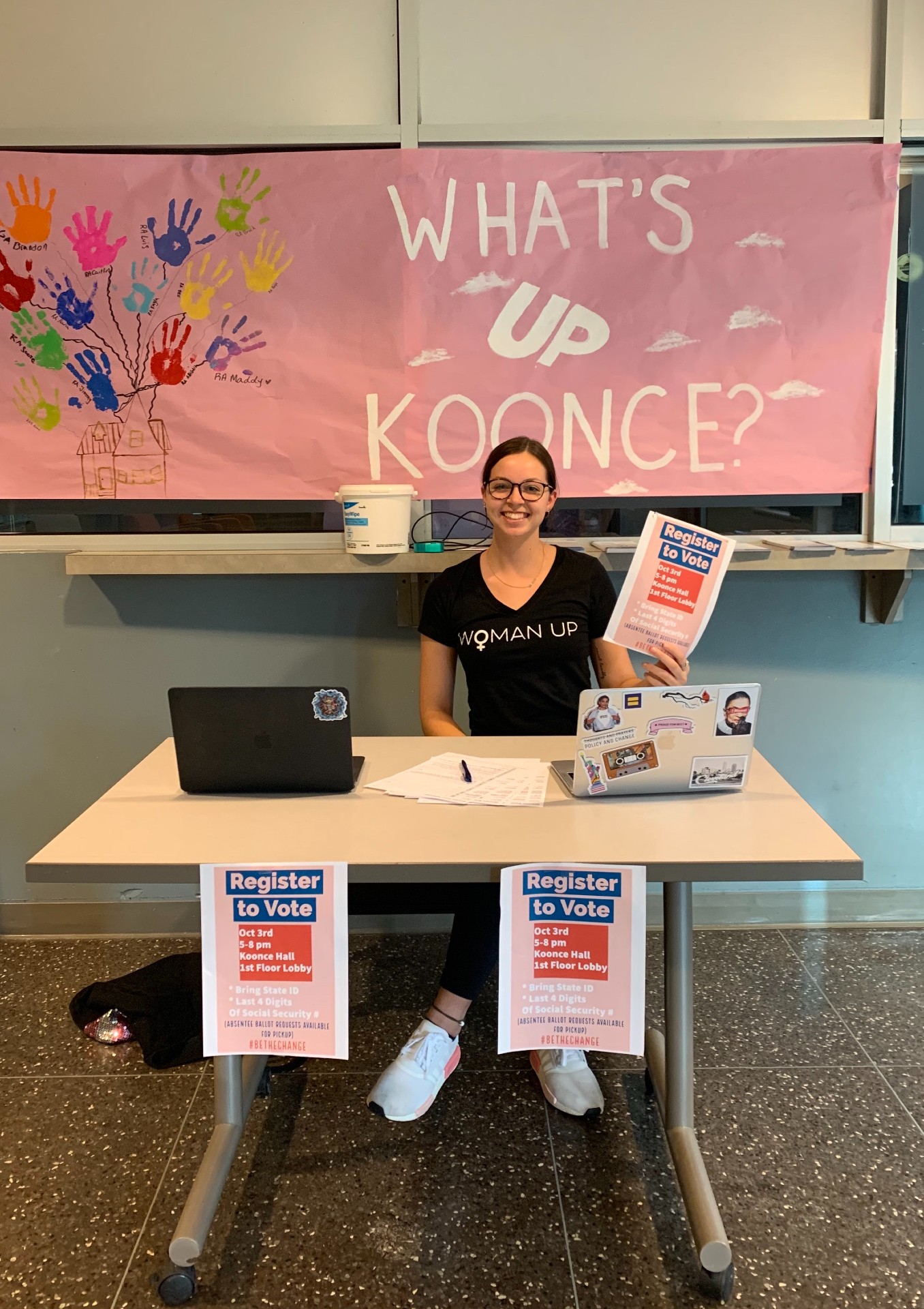 Getting out the College Vote

Her drive to increase voter turnout among students began at Elyria High School when she received her first taste of political advocacy following the tragic shooting at Marjory Stoneman Douglas High School in 2018, where 17 students and teachers were killed.

“I learned how to organize a walkout,” Stewart says.  “And I realized that many high schoolers didn't know they were eligible to vote and didn’t know how to vote.”

Originally drawn to Kent State’s fashion merchandising program, Stewart’s passion to help others and make a difference pushed her to change her major to public relations in the School of Media and Journalism and minor in media advocacy and global communication.

“When I learned how the events of May 4 [encouraged Congress] to lower the voting age to 18, that fueled my fire,” says Stewart, who continues to draw inspiration from the students who took a stand on May 4, 1970, and often speaks to fellow students about how they can make their voices heard, too.

“People our age did something really incredible in 1970 and stood up for themselves, so why can’t we now?”

“People our age did something really incredible in 1970 and stood up for themselves, so why can’t we now?” she says. “We’re at the same campus and some of the same things are happening around us. It's inspiring to see that we can make a difference.”

Stewart’s experience in Kent State’s public relations program has influenced her approach for encouraging people to vote. “I’ve learned that I can talk to anybody and have an effective conversation with a real outcome,” she says. “I’ve learned tactics that will result in something positive.”

Prior to the pandemic, she helped people register to vote in person, and she walked many through the process via text or FaceTime for the 2020 election. Stewart also volunteers as a poll worker, helping people to vote once they’ve registered.

She encourages everyone to educate themselves down the entire ballot, exploring each candidate’s social media pages and websites to understand their stance on issues—and then vote according to their own views. “No matter what party you’re for, no matter what beliefs you have,” she says, “everyone deserves to have a voice.”

Stewart hopes people her age can look back years from now and see that they were part of making a positive difference in the world.
—Adapted from an article by Katie Null, BS ’21, that first appeared in Kent State Today, Nov. 9, 2020.