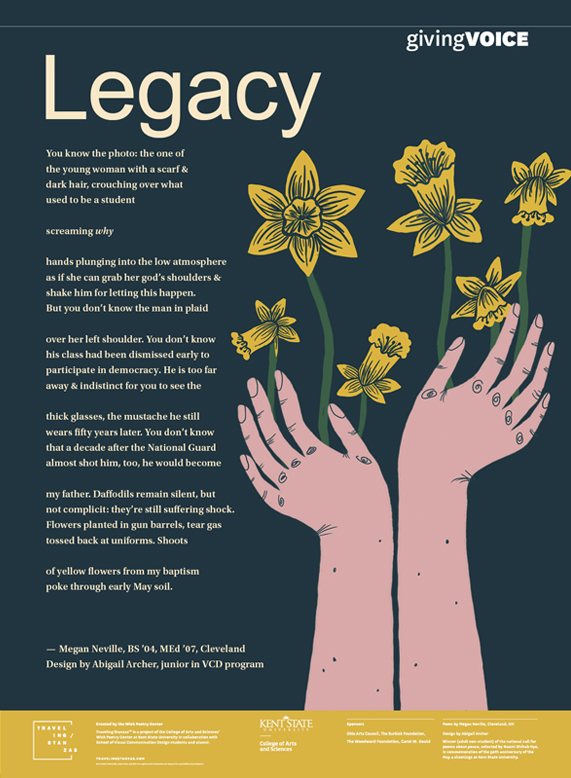 You know the photo: the one of
the young woman with a scarf &
dark hair, crouching over what
used to be a student

hands plunging into the low atmosphere
as if she can grab her god’s shoulders &
shake him for letting this happen.
But you don’t know the man in plaid

over her left shoulder. You don’t know
his class had been dismissed early to
participate in democracy. He is too far
away & indistinct for you to see the

thick glasses, the mustache he still
wears fifty years later. You don’t know
that a decade after the National Guard
almost shot him, too, he would become

of yellow flowers from my baptism
poke through early May soil.

Megan Neville was winner in the adult non-student category of the national call for poems about peace, selected by poet Naomi Shihab Nye, in commemoration of the 50th anniversary of the May 4 shootings at Kent State University.

To read all the winning poems

In partnership with the Wick Poetry Center, Kent State Magazine features a poem in each issue. To submit a poem, visit travelingstanzas.com, click “Submit,” and label it “Magazine Entry.”