If you want to find out where to land a lunar module, which households in southwestern Finland were dependent on fishing in 1945, or what types of soil are in Portage County, you could search the internet—but it might be easier (and more fun) to explore Kent State’s Map Library.

It’s the center for cartographic and geospatial resources that students, faculty and community members use for research, education and recreation. Housing more than 270,000 maps, 2,000 atlases, 350 gazetteers, 500 reference books, and various CD-ROMs, the Map Library has international reference materials in paper and electronic formats. (See a sampling of its resources below.)

Located on the fourth floor of McGilvrey Hall, the collection is close to the geology and geography departments that often use it—and is so heavy the floor had to be reinforced to hold its weight. The library includes GIS (geographic information system) data and a workstation with ArcGIS software, plus scanning and printing services.

The library traces its official beginning to 1945, when it was approved as a depository for more than 25,000 publications, maps, pamphlets and other property of the Army Map Service.

To expand the collection, Ed Hall (who came to Kent State in 1973 and retired as map librarian in 1995) traded duplicate maps with other cities and libraries. When the Library of Congress needed to find space, Hall obtained their original duplicates of Sanborn Fire Insurance Maps for Ohio, 1884 to 1954.

The historic maps give a unique glimpse into how cities develop and are used by architects, planners and historians, among others, says current map librarian, Michael Hawkins. “We have the largest and most complete set of Ohio maps outside the Library of Congress.”

Learn more at www.library.kent.edu/map-library. To ask questions or make an appointment, call 330-672-2017 or email map librarian Michael Hawkins at mhawki11@kent.edu. 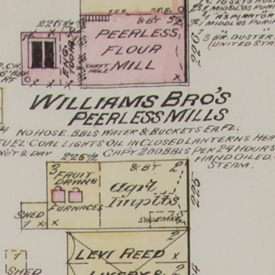 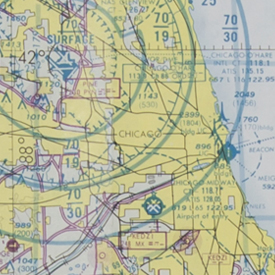 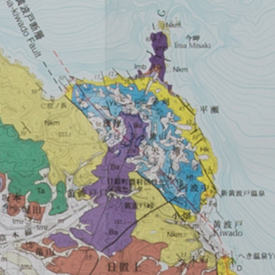 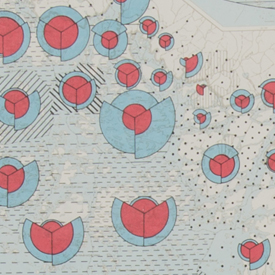 Atlas of the Archipelago of Southwestern Finland, 1960
Information on the area’s fishing, mineral resources, industry and handicraft 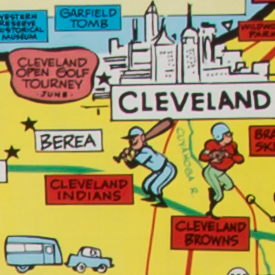 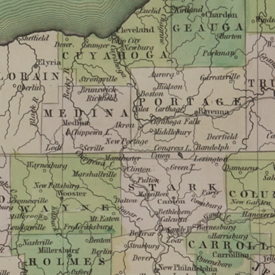 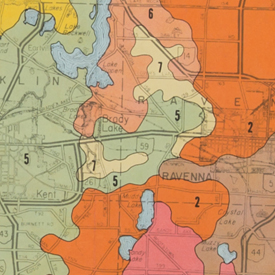 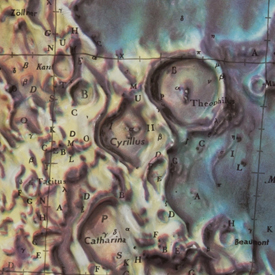 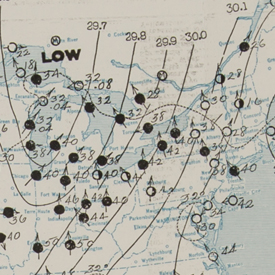